Digiday Research: Publishers rate YouTube as best platform for video, Snapchat not so much 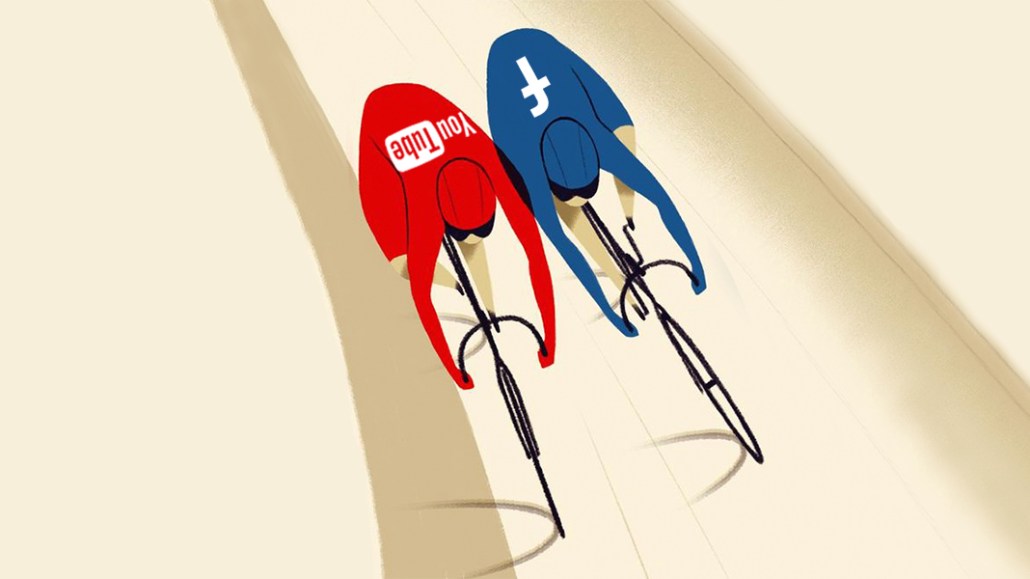 With that in mind, we asked 51 publisher executives at the Digiday Video Summit last month in Scottsdale, Arizona, to rate their owned sites and 10 different social platforms on ease of distribution and revenue-generating ability. Owned sites and YouTube were the clear front-runners. While Snapchat was not the hardest to monetize — not by much, though — it was the most difficult platform to create video for.

Best platforms
Owned sites: Publishers distribute videos to social platforms to remain relevant to their audiences, but their ability to monetize their video views is significantly higher on their owned sites. Publishers like NowThis and Refinery29 are also focusing on their own sites to counterbalance to what one C-level publisher executive called the “fickle” nature of social platforms.

YouTube: Of all the social platforms, YouTube is clearly publishers’ favorite. That’s because unlike its peers, YouTube is the only platform dedicated solely to video. One publisher executive at the video summit agreed: “YouTube is quite clearly a video platform, so it’s easier for a video to be optimized and do well. Facebook has never been like that.” That consistency is key. Compared with Facebook’s erratic algorithm changes, YouTube has remained relatively stable in its pricing and revenues. Publishers can also use the YouTube video player on their own sites, making it seamless to cross-post video.

Worst platforms
Snapchat: Snapchat has struggled to convince publishers that it can be a good platform partner. Snapchat recently stopped paying licensing fees to its Discover publishers, and the introduction of programmatic bidding on Snap’s inventory lowered the CPMs publishers were getting for their content. Snapchat was rated the hardest platform for distributing video. This could be because publishers including Condé Nast and Snapchat investor NBCUniversal had to create teams dedicated to creating video for Snapchat rather than just cross-posting the ones they created for their own sites. One publisher admitted that it turned its Snapchat team into a multimedia team so it can use its Snapchat Discover content in multiple ways.

Facebook: After Instagram, Facebook is the hardest platform for publishers to monetize, but that should be no surprise given Facebook’s algorithm change in January that favors user posts over publishers’ videos. Publishers still find it easy to post to the platform, and many are continuing their Facebook strategies from before the switch. Facebook recently opened its video-viewing section, Watch, to all publishers, which could hamper their monetization efforts, according to one executive. Because Facebook’s subsidies for publishers to create Watch shows will likely end after a year, publishers are trying to figure out alternate ways to make money from their Watch programs.

Honorable mentions
Twitter: As Facebook retreats from publishers, Twitter has quickly picked up the slack, boosting the publishers’ video views and expanding its advertising options for publishers. Big advertisers are also finding success advertising on publishers’ live shows. Twitter ranks highly in ease of video distribution as well because it has a 100-person team dedicated to helping major publishers create video and just launched a new site to help smaller publishers create and monetize video. One publisher executive at the summit said, “Twitter, right now in marketplace, is more amenable and thoughtful in conversations with publishers.”

Instagram: Previously, publishers were happy to build massive Instagram audiences to whom they could introduce more content. However, since videos on the platform were capped at one minute, fewer opportunities existed to insert video ads. Now, Instagram is releasing a new app for video viewing, IGTV, where videos can be as long as an hour. This should provide new and larger opportunities to bring in ad dollars.

Flipboard: Although Flipboard lacks the scale of its rivals, it’s buoyed by the fact that its platform is dedicated entirely to publishers, and it has been doing more to reach out to publishers disillusioned with Facebook. Publishers can count on autoplay video ads from Flipboard to help guarantee revenue.