Cannes Briefing: TikTok wants its ‘low key’ approach to the festival to cement it as a serious player 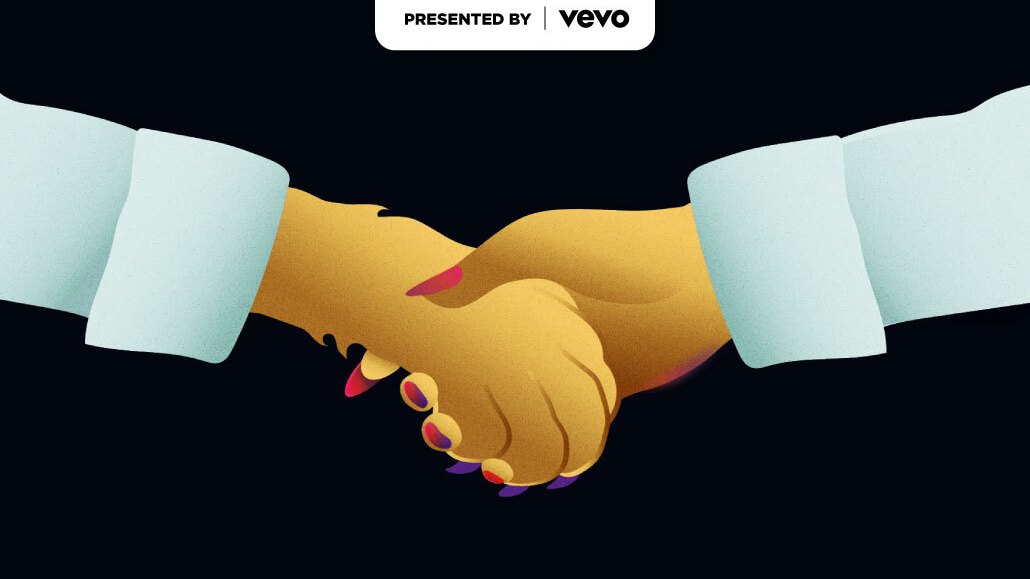 It was expected to be a tempered return after a two-year hiatus, given the current state of the world. But the many maskless faces, swanky cabanas and massive tents along the Croisette seemingly prove that the Cannes Lions International Festival of Creativity is pretty much back to what it was pre-pandemic.

On the first day of the four-day-festival, Omnicom announced a newly stricken pact with Walmart. It’s expected to be the first of several e-commerce moves made by the media group at this year’s event. Meanwhile major companies like Pinterest, Spotify, Dentsu Creative (which announced here at Cannes that it’s merging its creative agencies to become an integrated network) and others have re-staked their claims down the road from the Palais.

With a closer look, it seems Meta’s rivalry with social media’s current golden child TikTok is playing out in real time at this year’s festival. On one end of the Croisette, TikTok has quietly launched its first presence to do the wheeling and dealing with the industry it has missed out on the last two years as well as partner with marketers and advertisers on a personal level. A little ways down the road, further from the Palais, Meta has returned in a similar force to years prior.

For its Cannes debut, TikTok has two spaces with several executive team members present. The first is a small cabana along the beach, where there’s space to make TikToks as well as public programming. The second is a seventh-floor apartment suite across the street, which serves as a quiet space for marketing and advertising executives to get some face-to-face time with the TikTok C-suite.

It’s a very different look from the lavish beach presences from the aforementioned companies, and certainly a far cry from the infamous Snapchat ferris wheel.

TikTok has borrowed heavily from the platform playbook, which often reads go big or go home,  in its three years of existence. But its “low key” presence at this year’s festival, as Stuart Flint, head of global business solutions for Europe, puts it, is seemingly less about wooing festival-goers and more about positioning itself as a serious player in the social media stratosphere.

TikTok has been considered a rising challenger since gobbling up its fair share of ad dollars in mid to late 2020. Back then, the short-form video platform was pitching advertisers on the ideas that it was a brand-safe haven for advertisers, that its user base was growing at an astronomical rate and that it offered more flexible ways in which advertisers measure ads. Since then, TikTok has bolstered itself to became a staple item in marketing budgets, drawing interest from big names brands like Silk, Hollister and L’Oreal.

That being said, it’s curious that TikTok took a relatively low-key approach at its first Cannes Lions, given the app has proven itself valuable to marketers and advertisers. Meaning, many don’t need handholding through how the content creation process works.

Per Flint, TikTok’s presence at the industry’s most anticipated event is about engagement and building in-person rapports, something the platform may not have been able to do at this scale given the last two years of pandemic, which stifled in-person networking opportunities. “If you’re part of the creative [industry], it’s important to be here,” Flint said.

As opposed to a star-studded presence or swanky exhibition, those dollars are reserved for research, Flint said without disclosing any specifics. It’s an interesting point considering that the company is still working to figure out its measurement and attribution systems during a time when CEOs want marketers to do more with less.

TikTok executives say the platform was very intentional in providing a space for education — somewhat of a safe space for marketers and advertisers, many of which are still assessing whether or not an investment in the short form video app is worth it.

Just down the Croisette, TikTok competitor Meta-owned Instagram is working to woo creators, brands and advertisers via Meta Beach, where there’s once again programming, activations and experiences planned around the metaverse, Reels and the burgeoning creator economy.

Meta is seemingly working double time to maintain its status by providing hands-on experience with Reels for those attending this year’s festival. This year’s experience is its Reels studio, where visitors can create their own short videos with the help of a video producer. Reels, Meta’s short-form video offering that aims to compete with TikTok, has been a main focus for the platform recently as it looks to keep up consumer usage, and thus rake in more ad dollars as brands chase behind said users. While it’s a fan favorite for creators themselves to more easily monetize their content, Reels has yet to become a line item in marketer budgets. That said, it’s no surprise that’s the focus of this year’s experience.

“It’s important for brands and businesses to see creators as business partners,” said Grace Kao, head of business marketing for Instagram. Meta is expected to host a number of creators at its workshop series and programming.

Of course, TikTok isn’t the only company new to the Cannes beaches. Amazon has moved from hotel room dealings to a massive beach presence this year. (Read more about Big Tech’s plans to court adland during Cannes here.)

While there’s no word on this year’s attendance numbers (Ascential Plc, which owns and operates the festival, wouldn’t disclose how many attendees or delegates will be here this year), the week is just getting started with more flying in up until Monday afternoon. — Kimeko McCoy

At the Cannes Lions in 2019, you had said during one talk that advertisers have gotten lazy and need to be more creative. Do you think that’s changed, and are they taking more risks three years later?

I see what’s going on right now as a period of adjustment. An adjustment in the sense of I see probably more than ever a proliferation of amazing talent in all the agencies, all these creative organizations, [and] media. So there is really a burst of creativity of talent. We need to make sure as marketers that we galvanize. Everybody is trying to figure out how to make sense of all of these different things that are happening in the world right now in our brands and businesses and how to apply that immense level of creativity to new situation we’re dealing with. We have to motivate consumers that are in a funky place right now who are also trying to figure out post-pandemic and all the uncertainty. Now we’re going into another period of uncertainty, this time with the economy. And also as business people trying to do that in a moment where need to motivate in the context of still trying to figure out the remote work and hybrid work really works and what it means for our companies.

Last week, Verizon published the results of its DE&I marketing efforts. How do those inform the rest of the year?

In order to make progress, we chose — and we believe you need — to make a holistic approach. That’s why we’re working in four areas simultaneously. The first is increasing diversity across the creative supply chain. Then building an inclusive work environment and diverse talent and how we look at the talent at Verizon and its agencies. Then responsible business content policies in terms of how we buy media and evaluate the effectiveness of our creative in terms of diversity and inclusion. And then finally eliminating any bias in media and any advertising. We had a goal to spend 30% of video, experiential and pre-production budgets on diverse-owned companies. This means production companies, directors, photographers, all of the above. On video, we’re already spending 65% with diverse-owned video production companies and 49% using diverse directors. Experiential is at 46%, print is at 45%. And for this year, since we’ve passed that 30% goal with flying colors, we’re going to increase the goal overall from 30% to 40%.

Verizon’s focused a lot of its marketing efforts around 5G and various use cases for augmented reality experiences. How has the industry’s focus on the metaverse factored into that?

A key component of the success of this will be investment in the technology and the technology needs to catch up. And I don’t mean the networks…The hardware needs to catch up with the experiences, both the functionality and the form factor. That is a big issue. Doing cool demos of things is not terribly difficult. Doing the demos is a good thing. The important and critical thing is turning these demos into use cases and applications that are going to stick because people are going to use them. We can create a lot of demos of things that people are going to use once, but are not going to do that every day because it doesn’t add value to daily life. We need to shift our minds as marketers and developers from doing cool things that might be really cool but have very little utility and only worth doing once to what are those things that are going to peoples lives in their daily life and the ways they consume entertainment and work. — Marty Swant

Quote of the day

“In the 25 years of digital advertising, innovation has outpaced thoughtful, methodical, careful assessment of what could be done versus what should be done. There’s a lot happening that’s shining a light on what we do that gives us a moment, or should give us a moment of pause. And I say this to the biggest brands and to the biggest media platforms in the world because it is their responsibility, ultimately, to be shepherds of great experiences for consumers.”

— Joanna O’Connell, vp and principal analyst with Forrester Research, speaking on the daily Digiday Cannes Podcast from the lobby of the famed Martinez hotel at the far end of the Croisette.

What to do today