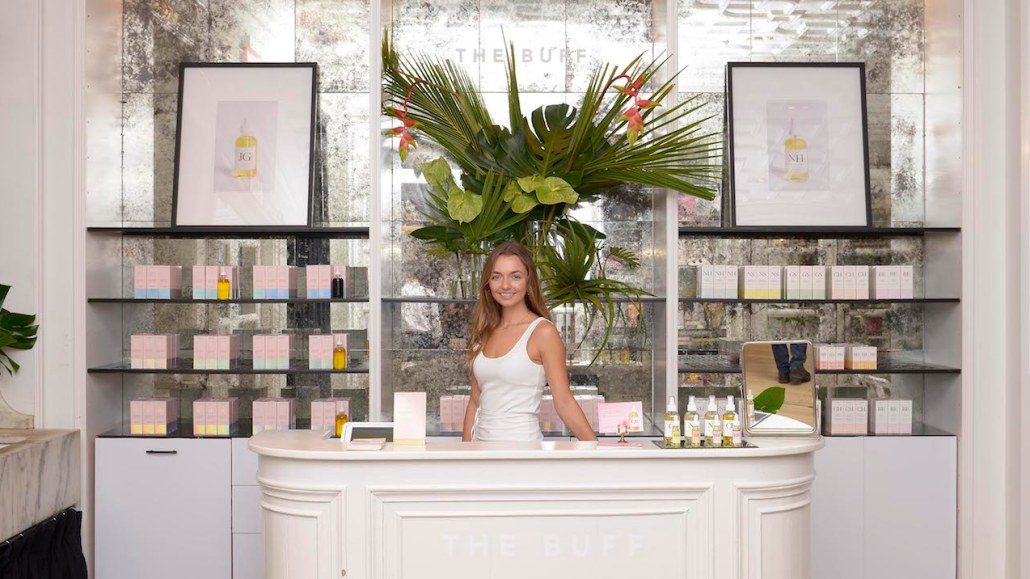 As Amazon tightens its grip on the fashion industry, leading retailers to close physical stores, fashion retailers are trying to make sure their product lines stand out. Ralph Lauren Corp.-owned Club Monaco is doing so with in-store pop-up beauty shops and events.

The idea behind these pop-ups is to offer people not just new products, but personalized experiences. At The Buff, for instance, salespeople give visitors one-on-one consultations based on skin type.

Club Monaco also puts on events such as book readings and panel discussions to promote the pop-ups. Ahead of the launch of The Buff pop-up, for instance, Club Monaco hosted a panel featuring The Buff founder Jasmine Garnsworthy and other female entrepreneurs speaking about work-life balance. Club Monaco livestreams these events on Instagram Live to Club Monaco’s nearly 300,000 followers.

“The pop-ups bring in something new and fresh,” said Kerri Clark, global director of public relations and marketing at Club Monaco. “Because these switch out every three to four months, it’s an added reason to come back to our space.”

Club Monaco CEO Francis Pierrel would not say how many new customers the pop-ups or events have brought in, but he said they have done so well that the company is expanding the approach to other locations in the 140-store chain, including ones in Southampton, New York; Boston; Los Angeles Toronto; and Montreal. Up first is Club Monaco’s Southampton shop; Club Monaco will once again work with Diptyque Paris for a pop-up opening on June 5.

Along with Club Monaco, Walgreens and Forever 21 are also venturing into beauty products to stand out. Beauty is predicted to grow to $750 billion by 2024, according to consulting company Inkwood Research. The Buff pop-up is Club Monaco’s first push into beauty, but Pierrel said it wants to go into other areas that interest its customers, like beauty, home and travel.

“Our customers love beauty, but we know our limits, so we try to find brands that do it well and give them the space,” said Pierrel. “We want to spread the news that if you have a great product, you’re welcome at Club Monaco, especially if it’s beauty.”