How Julia Beizer is bringing a product sensibility to HuffPost 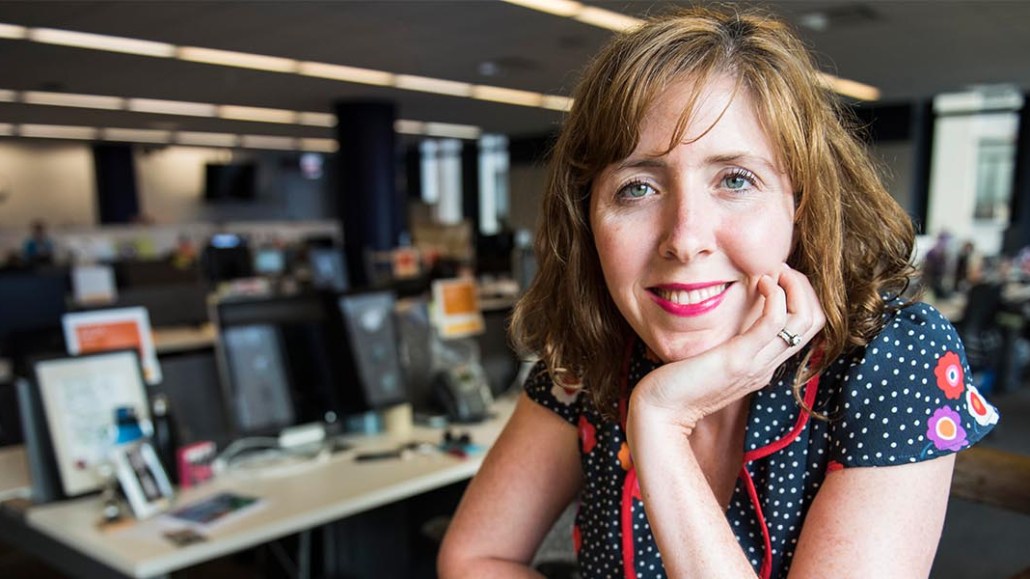 After HuffPost released its redesigned website in April, Julia Beizer went to a tiny midtown Manhattan karaoke bar with a dozen or so colleagues to celebrate. Beizer got some curious looks when she took the mic and belted out a Garth Brooks song about leaving a lover behind in Baton Rouge, Louisiana, but that didn’t deter the HuffPost’s head of product and Vienna, Virginia, native from getting back on the stage later that night.

“Julia has definitely kept her Virginia soul in New York,” said Emily Ingram, HuffPost’s senior product manager who has worked under Beizer at both The Washington Post and HuffPost.

HuffPost scaled on the back of a contributor network during the early days of the internet, but today, it’s trying to find its identity. It faces competition from newer burgeoning publishers like Vox Media and Refinery29. It has been slow to scale video and has had to shift to funding more original reporting now that contributor networks are dying. It operates under the recently formed (and unfortunately named) AOL-Yahoo conglomerate called Oath, and it is trying to soldier on without its founding editor Arianna Huffington, who left the company last year.

Over the past year, the media property has tried to reinvent itself by changing its name from The Huffington Post to HuffPost, redesigning its website and bringing on a new editor-in-chief in Lydia Polgreen. To pull off the rebrand, HuffPost needs people who are bold enough to keep singing country songs to crickets.

“When I was at The Washington Post, I looked at HuffPost as this cool digital upstart that had a lot of swagger,” Beizer said. “I want it to have the same swagger that it once did.”

Before joining HuffPost 15 months ago, Beizer spent 11 years at The Washington Post, where she joined the paper as a producer working on entertainment guides. Amazon CEO Jeff Bezos bought the paper in 2013, and she worried that since she didn’t have an engineering background or an MBA, Bezos would replace her with an uber-engineer from Amazon. As it happened, though, Bezos went on to pour a ton of money into Beizer’s area, mobile, which led to her getting multiple promotions within the Post’s product division.

There, she worked closely with Jarrod Dicker, head of commercial product and tech at The Washington Post. The pair regularly went to a grungy bar across from the Post’s former headquarters and discussed how the Post should approach using distributed platforms on mobile. Beizer led the Post to adopt fast-loading article features like Google AMP, Facebook Instant Articles and Apple News, Dicker said.

Beizer also brought the Post’s app to the Amazon Kindle, which represented how Bezos was using Amazon to further his paper’s ambitions. And she spearheaded the launch of its Rainbow app, which had a magazine-like format with one story displayed on the screen at a time to make articles easier to navigate on small devices. In homage to the Rainbow app, on her daughter’s fifth birthday, Beizer baked a six-layer rainbow cake to celebrate both events.

“She got the Post to think about product more professionally,” said Cory Haik, publisher of Mic and a close friend of Beizer’s who worked with her at the Post. “She has a real ability to get people aligned, and her decisiveness is what HuffPost was looking for.”

At HuffPost, Beizer has been busy working to modernize the site. She reorganized its product team into four groups to make the engineers’ schedules more aligned with new products’ rollouts and editorial needs. Splitting the team into groups cut down on the back-and-forth that used to occur when product teams were organized around different parts of the publisher’s tech stack. Beizer said HuffPost can now roll out new features faster, which has helped increase its video views and completion rates.

Under Beizer, HuffPost also started loading its articles within its app rather than pulling them from the mobile web, which cut page-load time by eight seconds within its app and led to an 8 percent increase in article views per visit. Her team has also built new story formats like HuffPost’s “storybook” feature that is similar to Snapchat and Instagram Stories. Most notably, Beizer was the force that drove HuffPost’s site redesign, said Mark Silverstein, HuffPost’s head of business development.

Over the next year, Beizer wants to make voice-activated Alexa skills and chatbots. She also wants to make charts, videos and interactive data sets for HuffPost’s “Listen to America” project that features the publisher visiting 23 U.S. cities this fall to document people’s lives across America.

Being a modern publisher is as much about the packaging and distribution of editorial content as the quality of the journalism itself, which has led to a rise of the product head at digital news organizations. But while others might seize on the chance to get attention, Beizer has won admiration from her peers by hunkering down in her office, tuning out with her pink Beats by Dre headphones and getting to work.

“There is a lot of glory in product roles at media companies,” Dicker said. “And this industry would be a lot better if there were more Julias getting shit done with their heads down on their keyboards, rather than focusing on the spotlight all the time.”