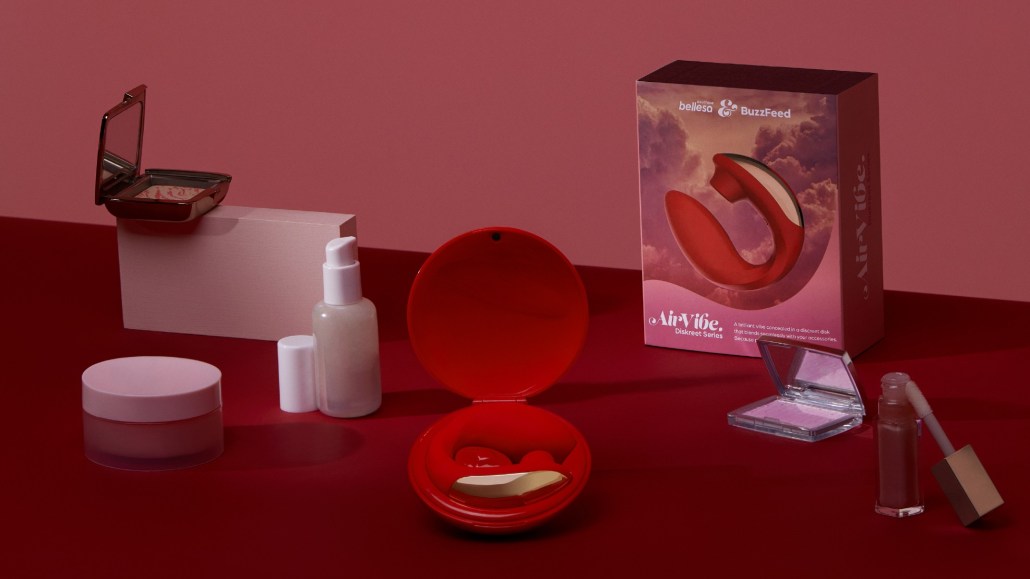 Also, in the past year, BuzzFeed has had over 150 million views to content that was specifically related to sex toy products, said Ali. Additionally, sex-related posts on the site peaked in April right as the country went into coronavirus lockdown and “sex” has been in the top five for user search terms on the web and top 10 for the app throughout the entire year, according to the company.

Because of that increase in interest and traffic, the publisher is launching a new vertical tied to this subject.

The Sex and Love vertical is scheduled to launch in the first quarter of next year, after the BuzzFeed-branded sex toy has been on the market for a couple months, which is unlike what BuzzFeed did with product launches tied to its other verticals like Tasty.

“We really want to ensure that we are establishing ourselves as a credible authority in the sex and wellness space and if we can go out to market with a product and a partnership with one of the most well known players, that achieves that goal for us, especially as we launch this new vertical,” Ali said.

In working with BuzzFeed for affiliate partnerships in the past, Shnaidman said that every time Bellesa’s products are written about, there is an increase of sales from people not typically in its consumer base, specifically from men buying toys as gifts, though she would not disclose the exact number.

In product generation, Ali said that BuzzFeed has an advantage as a publisher because it has “insights into two points of the funnel, one being intent in terms of what people are reading about and which articles garner the most views, but then also insight into what people are actually buying,” she said, adding “We are well positioned to know which products are likely to resonate best with our audience, which introduces an interesting opportunity for publishers to play a bigger role in product development.”

Ali, Pacheco and Shnaidman all said that additional co-branded sex toys between BuzzFeed and Bellesa are in the works.

The legacy media companies in the sex and sexual wellness space are publishers and large licensors like Playboy, which while its iconic bunny might still sell on a t-shirt to younger generations, few, if any, millennials and Gen-Zers have actually read the magazine, said Stu Seltzer, CEO of Seltzer Licensing Group.

“BuzzFeed has the audience going for them. The other brands are for the older generations and now it’s time” to focus on sex and sexual wellness content for Millennials and Gen Z, Seltzer said.