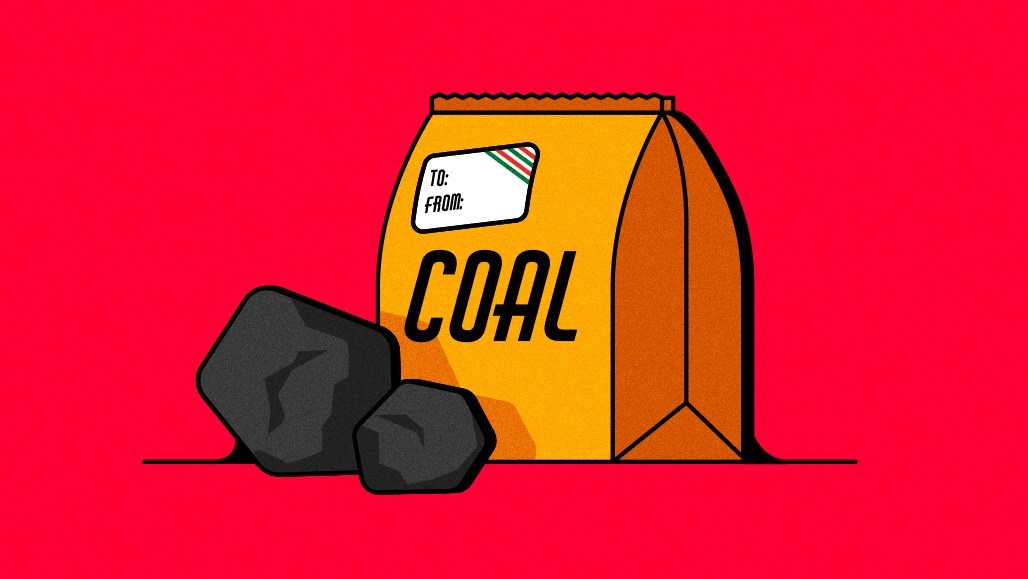 Digiday compiled a list of who’s been naughty and who’s been nice in this year’s digital media landscape, a list of pugnacious billionaires, privacy crusaders, sustainability advocates, and those that up-end orthodoxy.

This year has seen no shortage of saints and sinners, so, we’ll open with a rogue’s gallery.

A months-long legal battle ended with one of the world’s richest men completing a $44 billion takeover of the internet’s town square in October 2022.

Since the completion of Elon Musk’s Twitter takeover, a Pandora’s Box has been opened with much of the controversy centering upon his insistence on freedom of speech, his detractors’ fears of misinformation, and the mass firing of staffers there.

Thus far, the saga has resulted in advertisers shying away from the platform with media agencies such as GroupM advising clients that the brand safety risks are just too great now that moderation teams are no longer there to filter content.

Just consider how earlier this year, Twitter was hailed for its media responsibility, but now EU officials are firing a shot across Musk’s bow over their concerns that his libertarian tendencies will fall short of the misinformation requirements contained within its Digital Services Act.

Whether other platforms will benefit from his maverick approach to leadership remains to be seen. Although, just as Musk starts to poke Apple, one of Twitter’s largest host platforms, Digiday has to wonder if this will incur the wrath of the iPhone maker and condemn Twitter to the same fate as the likes of Facebook? A scenario that would (surely) result in thousands more looking for employment.

Before Musk’s Twitter takeover tore apart the social media orthodoxy, it was the iPhone manufacturer that was upsetting the Applecart.

Just look at how Meta issued its first-ever large-scale round of layoffs plus earnings decline as evidence of the chaos imposed by Apple’s recent privacy changes, a series of measures that make the likes of Facebook and Snap less attractive for advertisers.

The list of casualties is not limited to the industry’s largest social platforms as countless ad tech companies are also feeling the pain with iPhone users (one of the most highly desirable demographics among marketers) much more difficult for advertisers to target and track.

Of course, the principles of informed consent and the necessity for ad tech providers to enable a genuine value exchange between audiences and media owners are without doubt. Speaking earlier in the year, Apple CEO Tim Cook spoke publicly of how Apple was in favor of privacy given the de facto role of Big Tech as the industry’s privacy enforcer.

“Apple is in favor of privacy regulation,” he said, speaking at the International Association of Privacy Professionals’ flagship conference. He went on to further add, “Policymakers are taking steps in the name of competition that would force Apple to let apps on the iPhone that circumvent the App Store through a process called sideloading.”

And it’s the second part of that statement that will stick in the claw of those that have fallen victim to Apple’s recently implemented privacy policies. As it has become increasingly evident over the course of the last year, Apple has been accelerating its own advertising business.

Earlier this year Digiday revealed how Apple was seeking talent to build a demand-side platform — one of the most egregious of advertising technologies, according to Apple’s public proclamations. Meanwhile, later in the year, it emerged they are in conversation with leading adland figures over the potential introduction of a new TV-like media offering. For the thousands that were laid off as a direct result of Apple’s privacy changes, such developments will surely rankle.

It’s been a rough couple of years for the world’s largest social network with Facebook (arguably) never recovering from the Cambridge Analytica scandal in the wake of 2016’s historic Brexit vote plus the U.S. general election of that year. And it was in 2020 that Facebook found itself at the center of an advertiser boycott for its irresponsible approach to moderating hate speech.

Earlier this year, the company’s commercial chief Sheryl Sandberg exited the company with one advertiser describing Facebook as “a necessary evil” at the time. Although, as the company’s most recent quarterly earnings suggest, this is not necessarily the case as measurement difficulties emerge, and rival platforms such as TikTok occupy the mindset of audiences.

Now rebranded, the owner of Facebook, Instagram, and WhatsApp is now a “metaverse-first” outfit, but still, the blows keep coming with Meta still reaping what it sowed during its personal data-fueled ascent to the top of the social networking tree.

In November, the Irish Data Protection Commission — the regulator primarily in charge of ensuring compliance with GDPR among Big Tech players — imposed a record $275 million fine on the social networking outfit for “data scraping.” And it is for such ignominious lows, that Meta CEO Mark Zuckerberg makes this list.

If you’ve made it this far, you could be forgiven for thinking that the digital media sector is nothing but a rogue’s gallery, but that isn’t necessarily so.

Take, for instance, this year’s Brands4News initiative, an open-source resource geared toward helping brands support quality journalism, as opposed to channeling their ad dollars toward platforms that permit the spread of disinformation.

The driving force behind this initiative is Ebiquity’s chief product officer Ruben Schreurs, an executive who was motivated to self-fund Brands4News after realizing the fears some advertisers have when it comes to investing their media budgets.

“Brands are understandably nervous around making a decision by themselves around what would be a considerate piece of creative advertising on invasion-related content,” he told Digiday earlier this year. “So we decided to create open source formats and in doing so took some of that decision making away from brands. Now at least they have a starting point.”

All but the most bellicose can deny the impact of climate change, and as of this year, it’s increasingly on the minds of those in the digital media sector.

Some are attempting to address that, and it was with this challenge in mind that Brian O’Kelley, a cofounder and talismanic CEO of independent ad tech outfit AppNexus — latterly known as Xandr — has re-emerged on the scene.

O’Kelley’s latest venture Scope3 aims to help advertisers better understand the carbon footprint of their ad campaigns. As the Scope3 CEO told Digiday earlier in the year, “Our model is to get buyers to make emissions part of their spending decisions.”

It’s fair to say, that as of this year, sustainability advocacy has real momentum behind it with Ben Feldman, an executive whose career has spanned both ad tech and carbon offsetting, previously told Digiday, “People are going to want to start hiring outside firms to start looking at how companies account for their carbon footprint… it will put the pressure on to publishers to say ‘prove to me what you’re spending on, show me that is an actual offset.’”

In contrast to the heady days of late 2020 and early 2021, the mergers and acquisitions market has been sparse this year with few standout deals.

Although, midway through the year, Digiday revealed how U.K. start-up MiQ was to buck this trend with its negotiations with a series of private equity backers and how the company was eyeing a $1 billion valuation. Speaking at the time, MiQ cofounder Lee Puri told Digiday how the company was looking for “the right partner that is aligned with our values” as he and MiQ CEO Gurman Hundal intended to further the company’s growth.

It later emerged that Bridgepoint Group is MiQ’s latest backer with Hundal later speaking publicly about the company’s ambitions to embark along the acquisition trail itself.

“I think MiQ is going to become a strategic acquirer of companies,” he said. “It’s great that we’ve got an organic growth strategy that can double or triple the business but imagine what we could do if we had really smart inorganic growth. That’s going to help us remain relevant for years to come.”

In a period when investors are increasingly shying away from writing big checks, such an endeavor is to be welcomed.