‘They don’t have a people-centric way:’ Facebook ad boycott is reigniting its dysfunctional relationship with advertisers 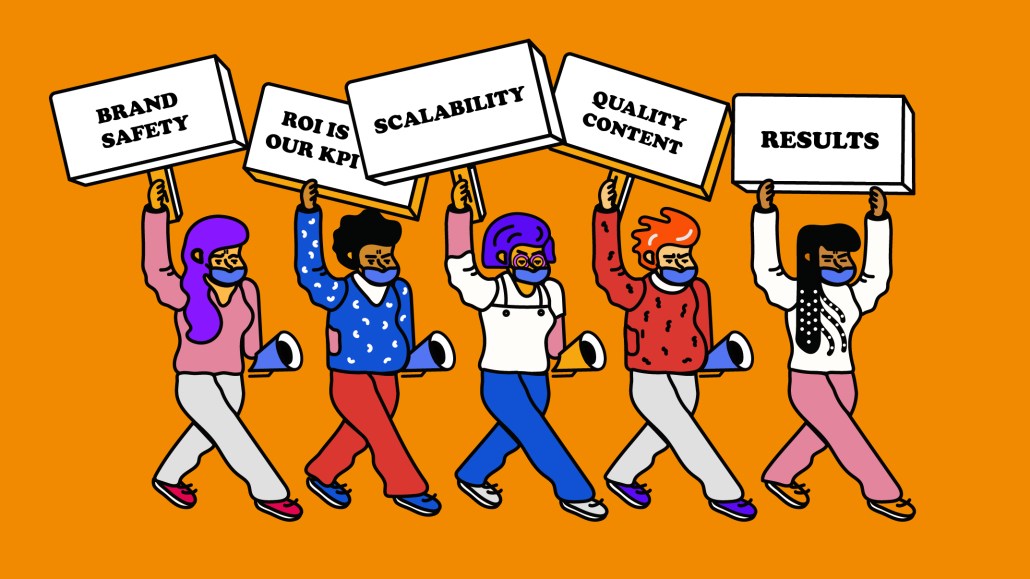 More than 900 advertisers aren’t buying ads on Facebook until at least the end of July over the social network’s handling of hate speech. Facebook, however, seems content to let the boycott play out rather than make any sweeping changes to its policies around hateful content.

In fact, the social network’s CEO Mark Zuckerberg has already told his employees that he expects the advertisers-cum-boycotters to be back soon, per The Information. He has a point given that very few of the hundreds of advertisers to back the month-long hiatus, have committed to a permanent departure. The North Face will boycott the social network for the month when it will reassess its stance, while Coca-Cola has paused campaigns on all social networks for at least 30 days.

That so many advertisers are on a temporary hiatus from Facebook says more about the complicated relationship between both groups, than it does their stance on hate speech. If the boycott is temporary then damage to Facebook’s revenue is also temporary. Therefore, this boycott is less about hurting Facebook and more about advertisers trying to exert their influence over the social network’s policymaking. Doing so now comes at relatively little cost to these businesses given its happening during a slow second-quarter trading period in a recession when ad costs are were already being cut.

“This boycott has been brewing for a while now because you have technology platforms, particularly Facebook, that don’t take our concerns seriously, said the head of media at a CPG advertiser who was unauthorized to talk to Digiday. “They can host as many meetings with trade bodies as they want, but if nothing ever changes then it creates a very frustrating scenario for advertisers.”

Funding hate speech is on a list of bugbears advertisers have with Facebook, which also includes their inability to properly validate campaign data as well as concerns over the efficacy of video ads in its news feed.

Still, for all the controversy that surrounds Facebook, it’s hard for advertisers to ignore the reach it provides in abundance. In the first quarter, the number of monthly active users on the social network hit a record 2.6 billion — a gain of around 100 million.

“Facebook made it easy to buy its media, especially if you were a larger advertiser,” said the former head of media at one of Facebook’s biggest advertisers who helped set up trading deals with the social network. “We would set up these joint business plans deals, which would usually have some media commitment attached to it, but also gave us insight into what new products were coming up, which would mean being flown out to San Francisco to meet key execs.”

There have been instances where Facebook’s advertisers have acted on their frustrations.  In 2018, Adidas stopped buying video ads in the Facebook News Feed over concerns they weren’t being viewed.

But until now such actions have been rare and fleeting and there was never a big enough catalyst to push hundreds of advertisers to boycott Facebook at the same time. And even if they had banned together it could have been illegal. Any instance where advertisers had formally agreed to boycott Facebook, either between themselves or via a trade organization, then it could have been viewed as a cartel and subsequently an illegal way to improve their profits and dominate the market. So when the Stop Hate for Profit to defund Facebook emerged in the aftermath of George Flloyd’s killing, advertisers felt they had a big enough platform to rally around and force Facebook to reassess its handling of hate speech.

To understand how things became so dysfunctional between advertisers and Facebook it’s important to know how they started. Advertisers were initially drawn to the social network because it was a way for them to get branded content in front of a lot of fans for free. Then, of course, advertisers eventually had to pay for that reach.

Larger advertisers found the switch easier to accept thanks to the emergence of direct deals with the social media giant. These deals worked like annual trade agreements, though advertisers weren’t required to commit to spending certain amounts. Instead, the deals gave advertisers access to expertise on how to get the most from the ad formats and insight into upcoming products. But the more Facebook pivoted from one opportunity to another, whether it was mobile or video, the more advertisers grew frustrated. And as much as they tried to push Facebook to change, they never got exactly what they wanted.

In 2018, Facebook secured accreditation from the Media Ratings Council to correctly report ad impressions bought across both Facebook and Instagram. In May, Facebook was warned it may lose the seal of approval due to flaws in how it reports the effectiveness of display and video ads bought on its platform. The more advertisers push back against Facebook, the more it seems to resist. These power dynamics have been at the forefront of recent meetings between senior execs from both Facebook and its advertisers in recent weeks.

When a senior agency exec patched into a video conference Facebook hosted last week they had their questions at the ready. The social network had invited senior media agency bosses to take part in what was pitched as a “global partner roundtable session” to discuss the growing advertiser boycott over its content moderation in the aftermath of George Floyd’s killing.

It didn’t take long, however, for the senior agency exec to realize this meeting wasn’t a roundtable discussion. For most of the hour, Facebook’s vp of global marketing solutions Carolyn Everson, alongside vp of integrity Guy Rosen and public policy director Neil Potts did the talking. They repeated the claim that Facebook’s tools now remove 89% of hate speech before anyone reports it, up from 23% three years ago. Impressive as the improvement was to the senior agency exec, it overshadowed the impact hate speech has on those people on the social network who are exposed to it.

“That meeting was symptomatic of how Facebook treats advertisers,” said the agency exec on condition of anonymity. “It’s very transactional and yet in spite of that we have to work with them.”

On balance, it’s better to have advertisers competing to be the most woke when it comes to the issue of race than it would be to have them ignore the heightened awareness of the issue. But the boycott raises questions about whether the advertisers’ actions will match their words as it seems unlikely Facebook will make any wholesale changes to how it moderates content.

“When you’re in those meetings, it’s very clear that you’re talking to a tech company because they don’t have a people-centric way of addressing these societal issues,” said a marketer who attended a June 23 meeting between Facebook’s senior team and its client council that included marketers from Unilever, Nestle and Anheuser-Busch InBev.

While Zuckerberg, who was backed by Facebook’s chief operating officer Sheryl Sandberg and Everson, tried to assure those present the company would review its content moderation processes, the marketer came away from it thinking very little would change on the platform.

“They talk about policies, products and integrity teams but they never talk about the impact those inputs do [have] or don’t have on society,” said the marketer.