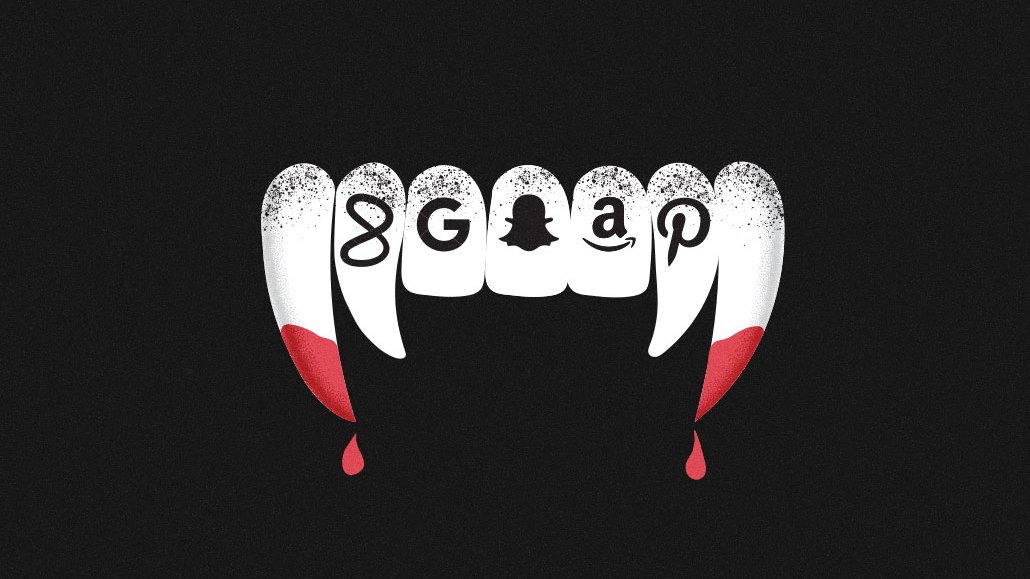 Every momentum story must end.

Judging by the latest earnings update from Google, Facebook et al it’s clear that the end is near for this blockbuster chapter of growth for digital advertising. Exceptions aside, it was another tough quarter for the largest online platforms. Here’s the rundown on those that were worst hit.

Let’s be clear, these platforms are still making loads of cash. They’re just not making it as quickly as they once did. Slowdowns like this are inevitable — and not just because there was only going to be some sort of reversion in ad spending after a white hot 2021. This slowdown is more structural.

What about e-commerce? There’s a contraction in online sales (in the near term), which means fewer opportunities for ads.

OK, but the platforms are still the places to go to sweat advertising hardest, right? Probably, but it’s getting harder to know for sure. Remember, ad prices have gone up as measurement has faded.

Which brings us to the elephant in the room: Apple. The company continues to starve some of the biggest platforms of revenue after making it more difficult for them to offer effective targeting and measurement to advertisers.

There’s less oxygen for online advertising to grow in the way it has become accustomed to.

Never mind the complex web of economical, epidemiological and policy factors constricting the flow of money even further.

Wherever this volatile period nets out, it’s likely to go through some sort of correction to get there. Investors (i.e marketers) are already getting a sense of what their risk tolerance is.

This is the growing-up part of digital advertising, which is now an integral part of many businesses.
Daniel Knapp, chief economist, IAB Europe

“This is the growing-up part of digital advertising, which is now an integral part of many businesses,” said Daniel Knapp, chief economist at IAB Europe. “That means the industry can’t rely on organic growth playing catch up to all the opportunities these platforms offer. Those investments are going to grow much more in line with how economies and companies are really doing.”

Granted, Knapp’s view isn’t a new one. Marketers have talked about “digital being too big to ignore” for years. But it’s a view that rarely went beyond marketing circles. Until now. There’s a broader company-wide interest in the way the online advertising industry functions thanks to a variety of factors.

Among them: advertising’s data industrial complex and the regulation of it; the environmental, societal and governance issues around ad spending; ad dollars as intangible capital expenditure; advertising for e-commerce sales. Add it all up, and it points to more scrutiny than ever on online advertising — and by extension its biggest stakeholders, i.e the platforms.

Still not convinced the great digital advertising correction is a thing? The numbers are even more conclusive. During the last financial crisis digital media accounted for 12% of total ad spending, according to JP Morgan. Last year, that percentage was 67%. The bigger the ad budgets get the more exposed those dollars — and by extension the media owners they fund — are to broader macro trends.

In short, digital advertising really is too big to ignore now.

“Giant companies like the platforms can only continue to grow sustainably for so long,” said Evelyn Mitchell, an analyst for digital advertising and media at eMarketer. “This sort of thing is inevitable, partially because consumer behavior will always change and advertising dollars will always follow the consumer. It’s why CTV and retail media — the two biggest trends in advertising over the last year —  are still growing as advertising opportunities despite macroeconomic concerns.”

Giant companies like the platforms can only continue to grow sustainably for so long.
Evelyn Mitchell, analyst for digital advertising and media, eMarketer

The platforms are going to be fine. They are still beasts in terms of monthly and daily users, which continues to be a big audience for advertisers. The problem, however, is the platforms are — gulp — legacy media businesses now that, at least for the foreseeable future, must operate like the incumbents they disrupted do. Some will be able to, some won’t.

“No two platforms are the same; there are islands, ecosystems and hot streaks,” said Jared Belsky, CEO of digital agency Acadia. “In a recession, where agencies and clients get thinner, the media buyers have less time to talk to islands so they have to spend more time with ecosystems because that’s just a function of reality. Ecosystems control their fate. They’re not reliant on one thing in the way an island business is.”

That’s not so much a cause for concern as much as it is a bellwether that the dynamics of the online ad market are changing. Indeed, corrections like this are anything but a reversion to the mean. They do, however, create winners and losers.

“The slowdown of growth in online advertising really only impacts the largest players who because of their sheer scale and market penetration are exposed to macroeconomic headwinds,” said Paul Thompson, U.K. country manager at ad tech firm Seedtag. “The rest of the market will be net beneficiaries of brands looking for other options to drive greater value, differentiation, innovation and creativity.”