How Tool, Huge, Arnold and Mindshare are keeping their interns busy this summer 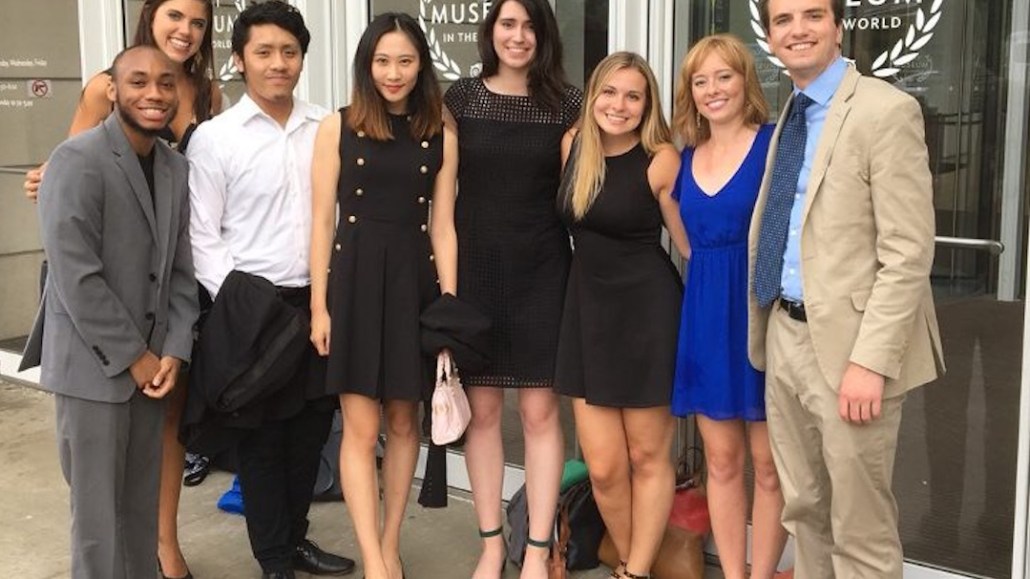 Summer is the time for agency interns to flex their creative muscles and get real-world experience. Here are projects that interns at Tool, Huge, Arnold Worldwide and Mindshare are working on this summer.

Movement disorder simulation experiment, Tool
Juan Ramon, a production intern at Tool, has always been interested in the social role of technology. He’s getting a chance to put that to work this summer with a physical computing experiment where an armband sends electrical pulses to the user’s muscles to interrupt them from tasks like pouring coffee into a cup or eating candy from a bowl. The experiment was designed to encourage empathy for those with a neuromuscular disorder by simulating how involuntary muscle stimulation could affect the completion of simple tasks.

Educational module on artificial intelligence, Huge
Interns in Huge’s 10-week apprenticeship program have been designing an educational module on AI last month for New Lab in Brooklyn, where entrepreneurs work collaboratively on emerging technologies. The module consists of a giant touch screen and a projector that projects a Martian landscape onto the floor to simulate how an autonomous vehicle would navigate the foreign terrain using machine learning. The goal is to grab New Lab visitors’ attention and demonstrate AI, said Mitchell Hart, product design lead for Huge.

Since New Lab houses more than 70 companies working in AI, 3-D printing and nanotechnology, Huge plans to apply the same framework to educational modules on other technologies, Hart said.

During the 10-week program, interns created an Instagram account, School of Makers and Breakers, to introduce themselves and their artwork. “Stepping back and letting them be as creative as they can is what we want,” said Dylan Bernd, executive creative director for Arnold.

Zoe Myers, one of the interns who has a background in copy editing, said the approach let her learn new skills, such as photo editing. “The Instagram account is a great place for us to test our art ideas,” she said.

Fundraising initiative, Mindshare
This year, nine interns at Mindshare in Chicago were divided into two groups, with each team receiving a $1,000 budget to spend on social campaigns for Firefly Ball, a fundraising event for nonprofit Off The Street Club.

Both teams used Facebook to reach their target demographics. The campaigns helped Off The Street Club exceed its fundraising goals for the Firefly Ball, letting at least 180 children from Chicago’s neighborhoods attend summer camp this year, according to the agency.