Media Briefing: What Axios’ sale says about the valuation of digital media companies 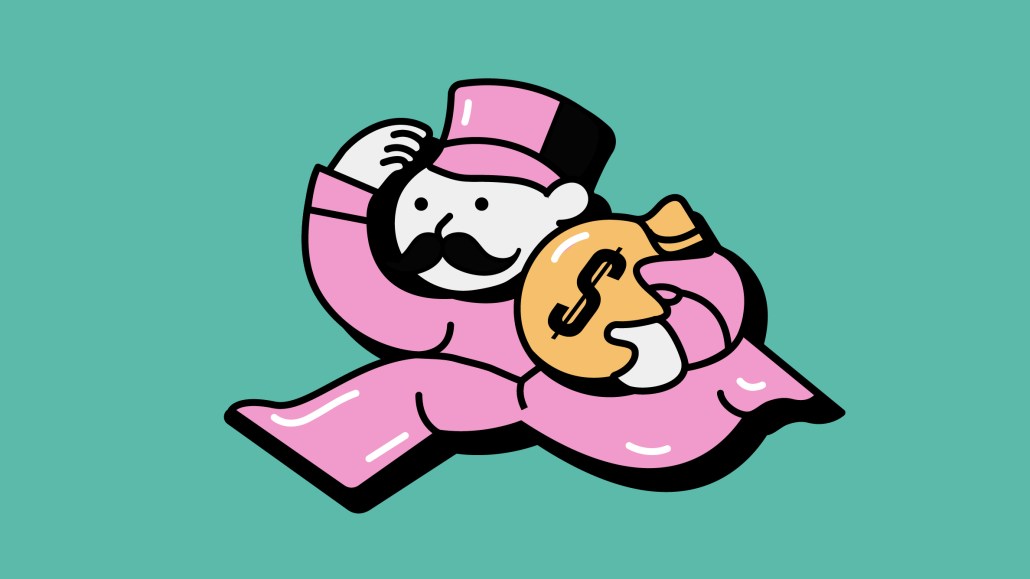 On Monday, Cox Enterprises announced it had agreed to buy Axios in a cash deal valuing the company at $525 million – roughly five times its projected 2022 revenue of over $100 million, according to The New York Times, which broke the news.

Digiday spoke to heads of M&A and investment advisory firms to see what the Axios sale says about the valuation of media companies during an economic downturn and a slowdown in the advertising market.

Price is high, but deserving

The industry experts Digiday spoke to said that the over $500 million price tag for a relatively small, five-year-old company is on the higher side – but unsurprising. It’s “a little bit more than your traditional publishing company. But there were a lot of reasons why,” said Adam Birnbaum, executive director at advisory and investment firm GP Bullhound.

As to those reasons why, experts pointed to Axios’ quality content, high-profile founders and journalists, native advertising business, subscription products and software business. But they especially noted Axios’ profitability.

Cox can “throw in a lot of money here and [think], ‘We’re gonna get a return on it. We know this model works.’ I think Cox’s big challenge is going to be to leave them alone,” Birnbaum said.

Daniel Kurnos, senior equity analyst for internet, broadcasting and media at investment banking firm The Benchmark Company, called Axios’s price a “healthy” amount paid by a private company. “But I’m not sure the public market would necessarily be willing to agree with that assessment,” he said in an email.

In the public market, Sam Thompson, senior managing director at M&A advisory firm Progress Partners, is seeing valuations drop, which may be due to strains brought on by surging interest rates and the challenge of raising capital in an economic downturn.

But there’s a lot of cash on the corporate and private equity side, he said. “Companies that are showing a lockstep growth and hitting budget, hitting plans – they’re going to get rewarded for that,” Thompson said.

But why would Cox pay more than market value? Especially given Cox sold off most of its television and radio stations to Apollo Global Management just three years ago. Analysts believe it has to do with the competition and opportunity Cox sees in Axios’ local editions, particularly its launch of Axios Local last September in Atlanta, where Cox – which owns The Atlanta Journal-Constitution newspaper – is based. Axios has 24 local editions, and plans to reach 30 U.S. cities by the end of this year.

“Cox was seeing them show up in these markets with a local edition, and seeing that they’re taking eyeballs, that they’re gaining traction… That’s where I think the price was really rooted in,” Thompson.

David Clinch, head of global partnerships at digital consulting firm Mather Economics, added: “There is a value assigned to this by Cox, which is not necessarily the same as the value the market generally will assign to it … I think it’s expensive according to the market, but a very good investment.”

When it’s a difficult time for smaller media companies to raise capital, larger companies may find it’s a good time to look to acquisitions to grow their own businesses, experts said.

“Environments like this is when traditional media companies build up and buy great assets because it’s not as competitive,” GP Bullhound’s Birnbaum said. Smaller media companies would not be able to raise this kind of money on their own at the same valuations or through the SPAC market, he added. Axios has raised $55 million (part of that is from Cox, its most recent lead investor).

Birnbaum sees a “bifurcation” in media acquisition and merger activity: companies that are not profitable are “not finding money as plentiful or as readily available, because of the nature of what’s going on in our capital raising.” He pointed to Vice Media Group’s search for a buyer as an example. The other branch is media companies “accessing audiences, which are [brand] safe,” especially those “in demand” in the sports, lifestyle and home categories.

“Big companies will use opportunities like this where there’s a little bit of disruption in the capital fundraising markets to pick up assets,” he said.

The impact of the ad slowdown

With the unpredictability and slowdown in the advertising market impacting the M&A landscape, media companies that rely on an advertising business model will look at cutting costs or getting bought, said Arvid Tchivzhel, managing director at Mather Economics’ digital consulting practice. Those that have cash on hand may look to buy companies that can help “weather the storm,” he added.

But for a larger media company “seeing a plateau in your current audience or current base,” the question becomes how to grow the business during a “difficult economic time,” he said. The answer to that? “Bringing in a very successful, profitable company that has a huge audience and great brand recognition – and see if we can better monetize them through our combined assets,” he added. (In an earnings call on Wednesday morning, Joey Levin, CEO of IAC, said M&A is “very much something that we will be active in,” after the parent company of Dotdash Meredith reported a second-quarter loss.)

Other media companies are watching the activity carefully.

“Some people were musing aloud about who would possibly be buyers for media anymore, thinking that the world had shrunk,” said Janice Min, CEO and editor-in-chief of entertainment news publisher Ankler Media, which raised $1.5 million in a June funding round. Axios’ sale “would be an absolutely new benefit if we were fundraising now,” said Min. “Anytime that there’s a market demonstrated for media, it’s a great day for other media.” — Sara Guaglione

“There are a lot of similarities to spring, early summer 2020. It’s not the [same level of] severity from a social standpoint, let alone an economic standpoint. But some trends are similar in terms of short planning cycles.”

Ankler Media is very much a newsletter publisher, but the entertainment news outlet is expanding beyond the email-based form.

Having raised $1.5 million in funding in June, the profitable four-person company has hired a chief revenue officer, launched a newsletter that effectively doubles as an intellectual property database for movie and TV producers, added to its podcast portfolio and is eyeing a move into the events business, according to Ankler Media CEO and editor-in-chief Janice Min. — Tim Peterson

Bringing on a CRO would seem to indicate that you’re going to be growing Ankler’s existing subscription and advertising revenue sources in new ways or potentially even adding new revenue sources. What’s the plan?

We intend to supercharge our revenue growth. We have an audience of now more than 25,000 people who we believe are indisputably the most influential people in media and entertainment. We believe that audience has a huge amount of value. And so you’ll see in the coming months, events, screenings but also a diversification of sponsors already as a platform. Amazon was our launch sponsor when we started in January. We now have sponsorships from Apple, NBCUniversal, Hulu, other big partners, and we believe that, with streaming and the tech-entertainment hybrid going on, we can grow the circle of who comes onto the platform.

Ankler Media now has a portfolio of newsletters and podcasts. Do you plan to move into any other forms of media this year?

I believe we will move into events this year. The various permutations of COVID put some things in question, but I think the appetite for live events is strong and it’s real and we intend to go further into that.

Some of what we’re doing, because we’re very small and we have a limited raise, is looking to see where we can best match talent with an audience. The defining narrative of entertainment over the last few years has been streaming, and it’s very well covered by a lot of different places at this point. I think, like with [IP newsletter] the Optionist, for us to recognize undercovered pockets of the industry will be of real value to that audience. [The main Ankler newsletter] has pretty much captured the mindshare of the CEO and C-suite class and top tier of entertainment. We believe that there are other markets that probably could be better served as well.

Having gone through a funding round, what’s your read on the current investment market for media companies? Given the public market scrutiny around BuzzFeed, the cancelation of Forbes’ SPAC IPO and the broader economic headwinds like rising interest rates and the potential for a recession, it seems like it’d be a hard time to raise money as a media company, but it seems like media companies may be feeling some urgency to either raise money to weather the financial storm or find a buyer.

When we were in Y Combinator, they flat-out told us, “There’s going to be a big chunk of venture [capital investors] that is just not going to be interested in you because you’re media.” But I can tell you when we were fundraising — and ours was a fairly easy raise because we completed it just before the very serious economic slide began — that there were people who asked us about BuzzFeed, The Athletic. There are a lot of headlines around media that venture capital does not love. But I would like to caveat that by saying they were also deep in the throes of crypto at the time and that didn’t work out either.

There’s these things that become the flavors of the month or the distastes of the month, and I would say there are certain things that stood out to them also. Big achievements and big wins where they got sort of sparkly-eyed, and that would include the Politico sale to Axel Springer.

$525 million: How much money Cox Enterprises will pay to acquire Axios.

3.1 million: Number of digital-only subscriptions to The Wall Street Journal, on average, that were active during the second quarter of 2022, up from 3.0 million in Q1.

$490 million: How much revenue Dotdash Meredith generated in the second quarter of 2022, down 18% year over year on a pro forma basis.

16%: Percentage share of U.S. journalists who are members of a union.

$100 million: How much money Overtime raised in its latest funding round.

Google’s third-party cookie delay is a flip to procrastinators:

Axios’ surprising new parent company:
Cox Enterprises has spent the past decade discarding many of the newspapers it owned as well as its local TV stations, so the internet provider’s apparent path to exiting the media business makes its acquisition of Axios a bit of a shock, according to Nieman Lab.

The New York Times’ ad expansion plan:
The news publisher has hired an executive from Amazon, Mohit Lohia, to stretch its first-party data-based ad business to its non-news products, according to Axios.