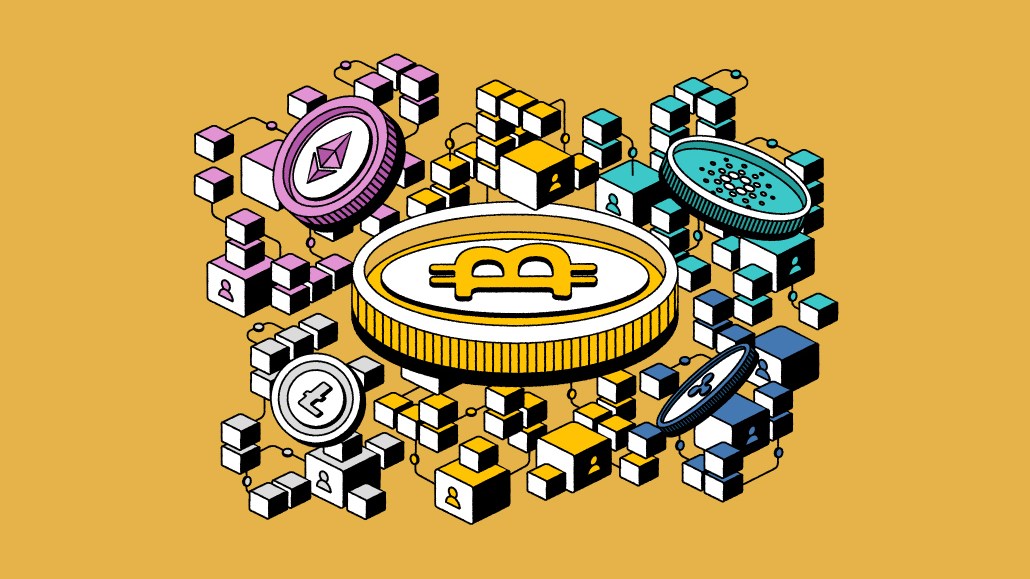 The week the cryptocurrency market crashed in mid-June, Fortune sent Jeff Roberts an offer to become its crypto editor and oversee building a team of reporters.

Those circumstances led Fortune editor-in-chief Alyson Shontell to pause and huddle internally with the company’s chief financial officer and CEO before sending Roberts the offer, to discuss if it still made sense to invest in a crypto team, she said.

“Are people going to think we’re crazy for launching our crypto vertical right now when we’re in the middle of crypto winter? But this was actually our dedication. We’re putting a flag in the ground,” Shontell said. “We think it’s a great time to launch an initiative that we think will be a long-term play.”

The recent fluctuations and instability in the world of cryptocurrencies and the blockchain may explain why a number of publishers are hiring reporters to cover the space this summer. In addition to Fortune, Bloomberg, Forbes, Gizmodo and Money are growing their dedicated blockchain and crypto teams.

“When things are going down, it’s even more important to have good credible, rigorous, comprehensive coverage of those things,” said Stacy-Marie Ishmael, who was named Bloomberg’s managing editor for crypto last September.

It’s a lesson she said she learned from covering the financial crisis in 2008. “When markets are declining…that’s when people really need better information, better news, better data and better reporting. Bear markets are a great time to help people figure out what’s going on,” Ishmael said.

Nearly a year after she became the first person hired for Bloomberg’s dedicated crypto team, Ishmael has added more than a dozen people to join her. Two more reporters are starting next month.

Bloomberg’s crypto coverage ranges from content on the Bloomberg Terminal subscription service, stories on Bloomberg.com, a twice-weekly newsletter and a daily podcast.

A big focus for Bloomberg’s coverage is on regulation, and how that will impact consumers, investors and institutions, Ishmael said. “One of the biggest stories in 2008 was regulations and how to think about banks differently. We’re seeing something similar in crypto right now,” she said.

Forbes hired two reporters this summer to support Forbes Digital Assets, a hub that launched earlier in the year to house original content and research on the crypto market, as well as to aggregate crypto content written by Forbes staffers and contributors across other beats, Forbes senior editor Michael del Castillo said in an email. It now has six dedicated staff members, including senior editors, researchers and reporters.

“We’re exploring ways we can further add to this team,” he said. “I think for the first years of reporting on crypto, the trade publications were leading the way. Mainstream publications weren’t as focused on this. What’s happening now is big media players are realizing that crypto and digital assets are not going away, and they’re building newsrooms to last.”

Fortune plans to officially debut its crypto vertical in mid-September. Roberts has two reporters on his team and is adding two more next week.

When she joined Fortune as its top editor in October, Shontell had four coverage areas she wanted to focus on: tech, finance and investing, leadership — and crypto. Fortune’s last three cover stories featured founders in the Web3 and cryptocurrency space, including Katie Haun (founder of Haun Ventures), C.Z. Zhao (Binance founder) and Sam Bankman-Fried (who founded FTX).

“There’s so much investment in the space happening, from new entrants to VC funds to major banks. We’re seeing a lot of action there. So I think to not cover it in the business world wouldn’t make sense. We really think that blockchain technology will do a lot for all industries moving forward, so we want to be at the forefront of covering it,” Shontell said.

As crypto becomes “more mainstream,” Fortune’s financial reporters are spending about a third of their time writing about the space, Roberts said.

Gizmodo has an open position for its first full-time blockchain reporter, part of editor-in-chief David Ewalt’s plan to beef up the publication’s emerging tech coverage. Thus far, the beat has been covered by Gizmodo’s “general staff,” or those whose beats are closest to the news, such as reporters covering security, privacy or online communities, Ewalt said.

“It used to be that somebody’s beat included blockchain. We’re at the point now where we’re like: we need a person who is full-time covering blockchain technology,” Ewalt said. “Those technologies are maturing now and people are looking at blockchain tech in different ways — it’s going to be used in all kinds of different businesses.”

Money has an open job posting for a cryptocurrency and fintech editor. It will be the publication’s first full-time hire for this beat. Currently, Money has two journalists covering crypto in addition to their reporting on other areas on investing.

Crypto has been one of Money’s “most-read” coverage areas in the last year, according to Mike Ayers, editorial director at Money. He declined to share specific story stats.

“What was considered by many as a fringe area of money years ago, it’s clear crypto is here to stay,” Ayers said in an email. “Crypto adds another option for the average investor to diversify, and we want to provide that information daily,” he added.