Even with expansion into other categories, Crooked plans to keep things political 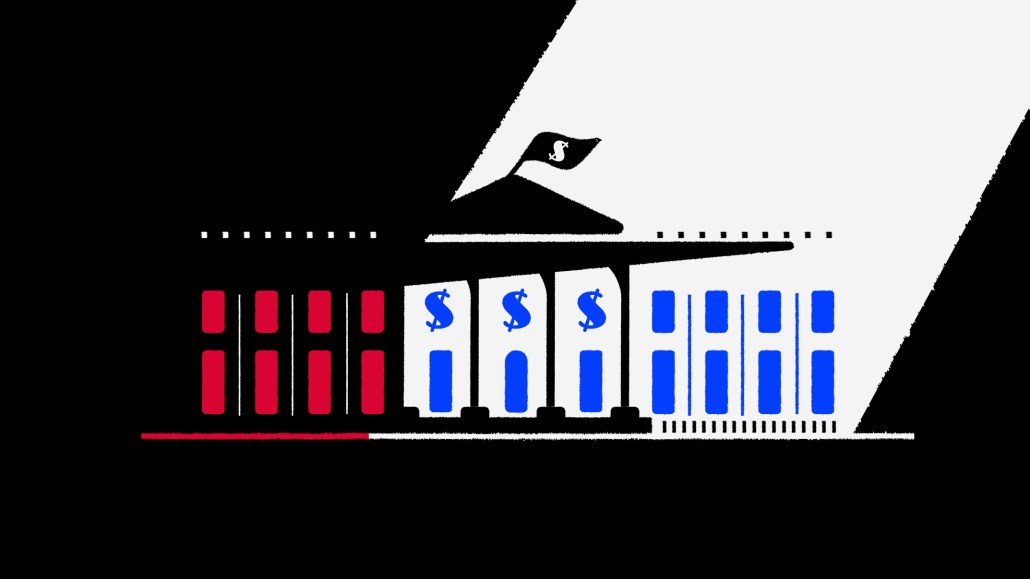 After Joe Biden’s presidential inauguration came and went without incident on Jan. 20, people began making jokes about finally being able to go back to brunch.

Crooked Media wants to go the other way, hoping a politically charged slate of shows, focused on topics not known for being political, will help the podcast startup that defined itself in opposition to President Donald Trump’s administration build out a bigger brand with an engaged, quasi-activist community of listeners and viewers.

While Crooked has dipped its toes into non-political and news waters before — a show called “Keep It,” which focuses on entertainment and cultural news, has been live since 2017 — it plans to diversify further away from politics and national affairs this year, looking to build momentum it started last year with new shows including “Hall of Shame,” about sports, “Unholier Than Thou,” a show about a search for spirituality, and “Wind of Change,” a show about rumors that the Scorpions’ hit of the same name was secretly produced by the CIA; it co-produced the latter show with Pineapple Street Media and Spotify.

Some of the new shows had been in the pipes for a while. In the fall of 2019, Crooked had plans to launch 15 new shows over the next two years. But some of what’s planned is new, brought on by new hires such as Jason Concepcion, an Emmy-winning producer who came over from the Ringer.

“Trump was incredibly narrowing,” said Tanya Somanader, Crooked Media’s chief content officer. “It was like, ‘We can’t talk about anything else!’ for four years. Now that he’s finally gone there’s an opportunity to explore and investigate a lot more of what’s going on under the hood.”

“When people say, ‘political,’ they mean [Washington] D.C.,” Somanader added. “But every industry has its own politics. When I say ‘political,’ it’s more like, ‘How do systems work, who has the power, and is this a fair way to look at what’s going on in this particular area?’”

As all-consuming as Trump’s presidency felt at times, it was good for news media companies. The so-called Trump bump boosted subscriptions as well as traffic (though a lot of content about Trump himself was tough to monetize) so much that publishers began to fret about what would happen to their traffic once his presidency came to an end.

So far, podcasters have yet to see a Biden slide, though many, including Crooked, had to reckon last year with an at least momentary drop in downloads, as audiences across the country figured out where to fit listening back into daily routines that had been disrupted by coronavirus restrictions. Even with that dip, Crooked managed to grow downloads across its network 35% in 2020, a spokesperson said.

“Overall, we have seen news and politics pods hold their place in the charts post-election and post-inauguration,” said Dave Zohrob, the founder and CEO of Chartable, a podcast analytics service.

Even with that stability, the cultural climate Crooked operates in now is markedly different from what it was even a couple of years ago. Conversations about racial, economic and social inequality are much more visible, much more heated and much more diffuse today, giving the company more license to expand into different categories.

“There’s no way to separate sports and pop culture from some of the political movements we’ve seen stirring,” Concepcion said.

While Crooked’s strong politics haven’t made them radioactive to buyers – “Crooked Media is as brand-safe as it gets,” said Glenn Rubenstein, the CEO of podcast media agency Adopter Media — any podcaster focused on news and politics is naturally cutting themselves off from certain kind of risk-averse advertiser.

That aversion is likely to persist, no matter who occupies the White House, said Hilary Ross, vp of podcast media at Veritone One. “I do not foresee that changing,” Ross said.