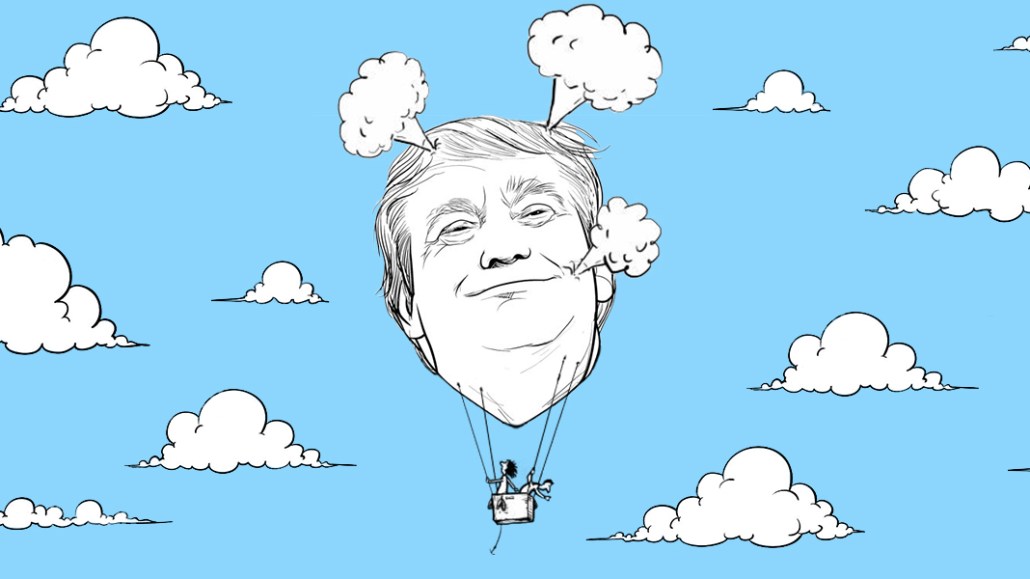 Trump’s unexpected victory (and media bashing) has been a boon for subscription-driven publications that have seen record sign-ups in the months after the U.S. election. Case in point is politics and culture site Slate, which saw a 65 percent increase in its $35-a-year premium membership sign-ups to 30,000 within three months of the election.

Six months since Trump took the oath of office, though, the growth has leveled off for Slate and others.

“There was a point where it was hard to get people to pay attention to anything that wasn’t about Donald Trump,” said Gabe Roth, head of Slate Plus. “It was that first three months when people were startled and shocked by the result of the election. That kind of immediate urgency had ended.”

It’s a similar situation elsewhere. Vanity Fair sold 107,000 subscriptions in a flash sale within a month after Donald Trump insulted it and forecast its doom in December. Trump has turned his attacks to The Washington Post, CNN and others, and Vanity Fair’s sub sales have settled back to normal levels. ProPublica saw donations soar to 10 times the usual rate in the days after the election, but growth has softened, president Richard Tofel said. The New Yorker had its biggest subscription month in January, when it sold 100,000 subscriptions, but there, too, the growth has leveled off.

It’s perhaps not a surprise, considering that by April, traffic to several political news outlets was flat or down from a year ago, according to comScore. And across online publishers in general, Chartbeat found readership of political news is down after big spikes in November and January but still ahead of this time last year. 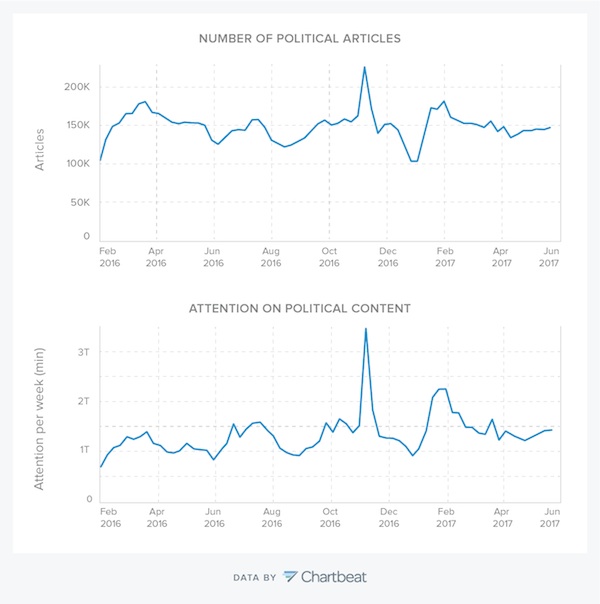 Some have sustained their increases. They have multifaceted circulation strategies that have been in place long before the election and have broadened their marketing messages beyond Trump, though.

The Washington Post said its digital subscriptions have remained consistent with what they were before the election, when they were up 145 percent year over year. (The Post wouldn’t give raw figures.) The Post has pushed a lot of levers as part of a concerted effort to grow reader revenue, though, so it was reluctant to quantify how much of its growth has been Trump-related. Furthermore, the Post’s traffic is still steady, giving it a continuous stream of people to market subscriptions to, and the paper said the retention rate of its newer subscribers is on a par with longer-standing subscribers, even though the Post is discounting less than it was a year ago. This suggests the newer customers aren’t just fair-weather friends.

Similarly, nonprofit Mother Jones had a campaign underway long before the election emphasizing the need for donations to support its investigative journalism, so a spike in donations in the immediate aftermath of the election just supplemented donor growth that was already happening.

“It’s more like another booster on the rocket,” editor in chief Clara Jeffery said.

But even those still seeing steady growth shied away from estimating what the future holds, given the unprecedented nature of Trump’s presidency and the myriad factors that go into people’s willingness to pay for content.

There’s the news cycle itself. There are seasonal factors, too. Summer’s here, when people have more time to read but also have more leisure activities competing for reading time or may just want to unplug. In any case, the market for high-quality journalism has traditionally been driven by small group of publishers — including the Post, New York Times and Wall Street Journal.

“The entire industry has seen a lift in interest in news,” said Miki King, vp of operations and digital marketing at the Post. “I think it’s greater than just this brief period. It’s difficult to predict if this is the new normal.”

At ProPublica, Tofel said the continued rise in donations is encouraging. In 2016, ProPublica brought in $2.1 million in online donations, up from $300,000 the year before, and it’s on track to surpass 2016’s total this year. Still, with the lack of a precedent as a guide, ProPublica has hedged its bets, making some new hires that are just for a year.

“We’re trying to grow as responsibly as we can, but we’re not prepared to assume the only way forward is up,” he said. “I’ve never seen anything like this. I don’t know anyone else who has.”