Why legacy publishers are focusing on growing their offerings for kids 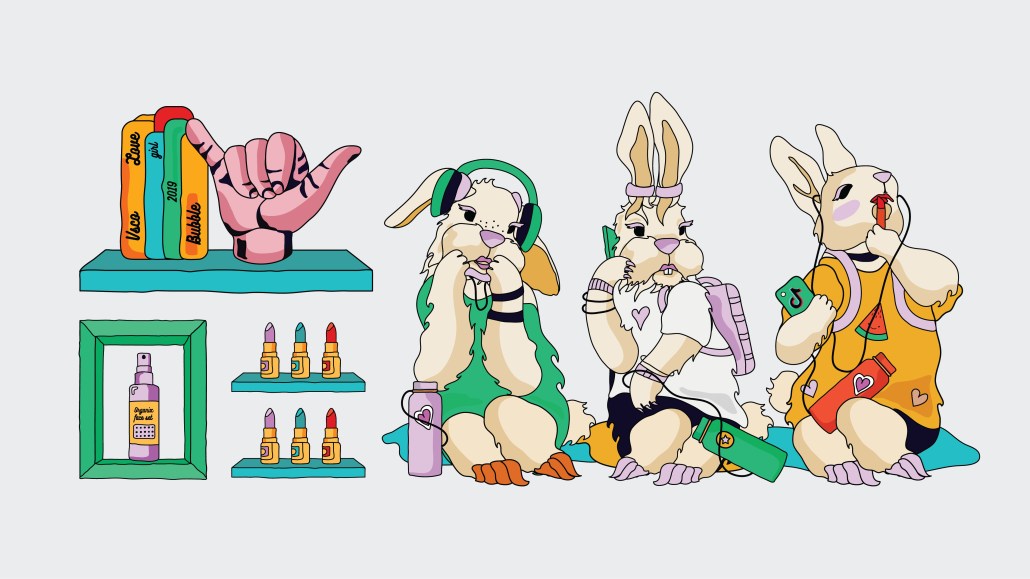 Legacy publishers have survived over the decades as the love of the brand gets passed down from generation to generation. But some publishers have started to bypass that inherited brand affinity altogether by creating publications for younger generations.

Publishers like America’s Test Kitchen, The New York Times, The Week and Time are finding that kids’ content verticals, magazines, books and programming are ways to indoctrinate younger readers and grow their audience bases. The target ages for these brands are between 7- and 14-years-old — encompasses Gen Z (those born between 1996 and 2009) and Gen Alpha (those born after 2010).

While children of this age group rarely have their own money to spend and are also protected by COPPA privacy laws (making it more difficult to reach with marketing dollars), publishers have found that these products and offerings can create viable businesses with subscription and sponsorship revenue. In an industry built on relationships, if you can establish a habit-forming affinity for the brand at a young age, well then, they’ll be hooked for life.

America’s Test Kitchen, a Boston-based cooking media and television company, first made a play for this demographic with a cookbook for young chefs that it published in 2018. It was a New York Times bestseller for more than 100 weeks.

Building on that success, it released more cookbooks in 2019 and created its first monthly cooking subscription box with recipes and how-to cooking techniques, called the Young Chefs’ Club, priced at $25.99 per month or $240 for a year. “We’d been making products that parents would buy for kids but were not meeting kids where they are,” said Molly Birnbaum, editor-in-chief of ATK Kids.

So in early 2020, the now 18-person team charged with developing products for children got to thinking on how it could do more to reach this demographic. The team came up with a podcast, called Mystery Recipe (now on its third season) that earns some sponsorship revenue from ad placements. Birnbaum would not disclose what percentage of revenue comes from these ad spots.

And this month, ATK launched a new YouTube channel for Kids with two new recipe shows — including one that will allow certain members of the ATK Kids community to audition and film a video for the channel. The YouTube channel will not include advertising, but will hopefully grow to be a significant driver of this younger audience, like the adult ATK YouTube channel, which has 1 million subscribers. Amid the expansion, ATK Kids grew its revenue by 250% in 2020, according to the company. Birnbaum declined to share hard revenue figures.

The Week Jr. launched in the U.S. during March 2020 and found that the year’s fast-paced news cycle boded well for business. Its initial print run was set at 50,000 copies, but just over a year later, the publication has 100,000 subscribers, according to Lisa Boyars, group svp of brand marketing.

While brand executives used 2020 to focus on solidifying the brand in the U.S. and formalize the subscription business, they’ll focus this year on exploring more partnerships, said Boyars. Subscriptions are still the bulk of its revenue, but the weekly magazine does accept advertising, a large portion of which comes from publishing partners promoting books for this age group of 8- to 14-year-olds. The publication did not provide exact revenue figures.

Both The Week Jr.’s subscriptions business and advertising business hinge on the participation of parents, however. While the adults in kids’ lives are ultimately the ones to pay for a subscription, advertisers are keen on tapping into the time parents and children read together.

“When you start to think about sponsorship, it’s as much about the parents supporting their children in their passions and growth as it is about the kids themselves,” Boyars said.

The New York Times Kids edition was born out of a one-off experiment in 2017 that turned part of the Sunday Times into a kid’s paper. The response led the publisher to create a permanent, recurring monthly kids section that’s 12 pages long and includes approximately 20 stories per edition, said Amber Williams, editor of NYT Kids. Only the back cover of the Kids’ edition will occasionally feature advertising.

The Times is working to take this brand multiplatform with a new app designed for kids. Launching in beta later this year for a select number of subscribers, NYT’s entrepreneur in residence Sarah Adler Hartman said the platform will be COPPA compliant, something that’s taken a while to ensure, and will focus on informational journalism and how-tos over news. Because the current kids section is bundled with the regular Times, the team does not know exactly how large its print readership, but the new platform should help the team better understand the size of its digital audience.

While some are just starting to get into the kids’ content game, Time has been operating a business in this space for over two decades.

In 1995, Time launched Time for Kids as an in-school, curriculum-based offering that included issues of its print magazine written for children and a variety of worksheets and lesson plans for the teachers.

When the pandemic hit and classrooms went virtual, Time began digitally distributing this content into homes. Initially, the digital edition was free and subsidized by partnerships with tech companies like Google, HP and AT&T. In those first two months, 350,000 people subscribed and over 2 million issues were downloaded, according to Maya Draisin, svp of progress marketing at Time. It has now moved to a subscription model and has 93,000 digital subscribers, according to the company.

Expanding its digital offering, Time for Kids has made its way to YouTube. Editors have also gamified its website, offering kids chances to earn awards for reading stories and doing activities, said Matt Stevenson, vp of progress marketing. In 2020, the website received over 4 million unique visitors and had a growth rate of 170% year over year during the pandemic, according to Draisin.

Time expanded Time for Kids coverage and where it distributed those stories, which led to a 3x increase in classroom and brand partnerships compared to 2019. As of now, 2021 is pacing to be on par with 2019’s revenues, though she declined to share hard revenue figures.

Legacy brands have a leg up on brand affinity

Younger audiences, “quite often have an affinity to a brand that was present in their household when they were growing up,” according to Nic Newman, senior research associate at the Reuters Institute for the Study of Journalism, whose team conducted a 2019 study on generational behaviors in media consumption.

For Gen Zers, they might not be inclined to pick up their parent’s copy of the Sunday New York Times, but they might be more likely to follow digital iterations of the brand, like the Times on Instagram or its podcast The Daily, Newman said. This gives these legacy publications the opportunity to build a relationship with a slightly younger, digitally native audience on popular social platforms.

Kids in the Gen Alpha generation, all of whom are under the age of 13, are not able to create their own social media accounts or their guardians might not allow them to have as much screen time. Therefore, print products and safe online environments are key to reaching these audiences in a parent-approved way. These print products for kids can then lead to younger audiences developing brand affinity, not just from a nostalgic context, but through direct bonds to the publisher itself.

For kids, by kids

A shared belief among all of the publishers is that engaging young audiences have to go beyond getting them to read the story or view a video, and giving them the chance to be part of creating that content, thereby feeling as if they’re part of that community.

To provide a hands-on experience, this spring The Week Jr. created a Junior Council of 12 readers that were selected out of more than 1,500 applications. The council members were able to interview public figures, including Michelle Obama, and write stories that were included in the magazine.

ATK Kids has a network of over 14,000 recipe testers who are sent recipes to try at home and provide feedback on after making them with an adult. Only recipes that 80% or more from the testers saying they would cook the dish again get published. And with its new YouTube channel, kids will be given the opportunity to be on YouTube.

Every month, the NYT Kids team works with a fourth-grade class on an opinion project that gives children the opportunity to share their thoughts on a topic and Time created a mentorship program called the Kid Reporter Program that allows 10 readers to learn the ropes of journalism and contribute coverage to Time and Time for Kids magazines. “Contributing to a project contributing to an assignment is really gratifying when they’re able to see their own content published in the pages of the magazine,” said Time’s Stevenson. “We’ve seen a huge push in engagement through the pandemic to really get kids celebrating each other’s moments and successes and opportunities.”