The Week Junior is coming to the US 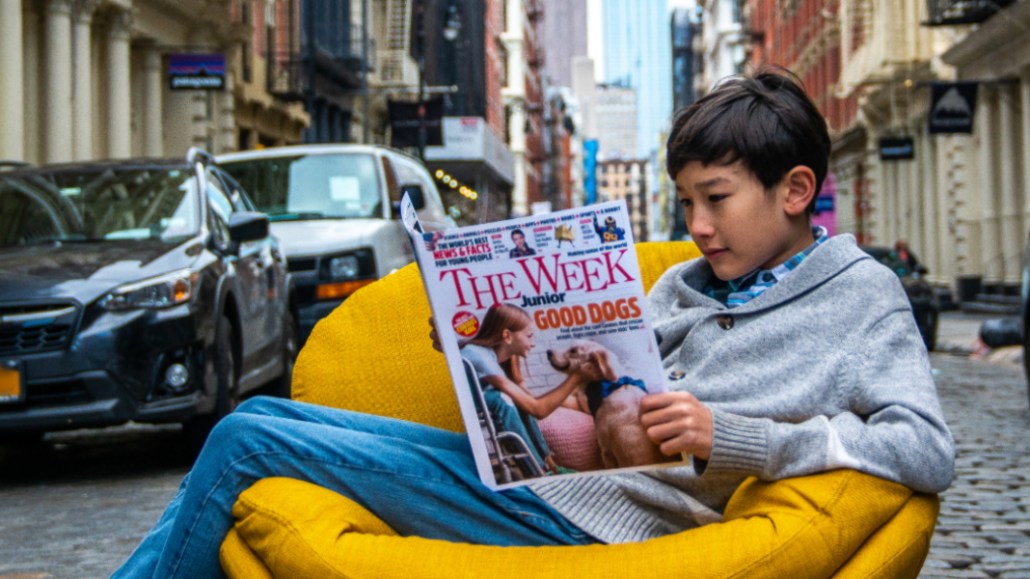 Four and a half years after launching a weekly news magazine for kids in the United Kingdom, Dennis Publishing is bringing The Week Junior to the United States in March.

The U.S. magazine, which will be aimed at children ages 8 to 14, will cover a range of topics, such as unusual animals that make the Amazon rain forest their home and Russia’s ban from the 2020 Olympics. Articles will be shared between the U.K. and U.S. editions, although certain items, like explainers on how the U.K. parliament or the U.S. government functions, will be unique to each edition. And each edition will have its own editor-in-chief.

The Week Junior launched in the United Kingdom in November 2015. The average circulation for each issue of the magazine from January to June 2019 was just slightly more than 70,000 copies, according to the Audit Bureau of Circulation. Based on The Week Junior’s 36.7% spike in paid U.K. subscriptions from 2018 to 2019, the publisher decided to bring the title to the U.S., The Week CEO Kerin O’Connor said.

This move is similar to Dennis Publishing’s 2001 maneuver to import into the U.S. its U.K. weekly news magazine for adult readers, he said. That title now has more than 560,000 subscribers, according to the Alliance for Audited Media. Thus in an effort to continue to grow its subscription revenue, parent company Dennis Publishing is reaching out to a younger demographic in the U.S.

The Week is also trying to build a digital community in the U.S. by setting up a moderated kids social media platform, PopJam, to pose questions and announcements for young readers.

The initial press run in the U.S. of The Week Junior will be 50,000 for its March 20 launch, with some issues to be sent to schools as part of a marketing strategy, O’Connor said. The publisher’s main goal is to distribute the magazines in homes, he added. Subscription sales have already begun in the U.S., and during the first week, 1,000 subscriptions were sold. Subscriptions cost $35 for 25 issues or $75 for a full year.

In 2015 The Week’s executives dreamed up the idea of creating a title that caters to children since subscribers of its newsweekly often shared their periodical with their children, O’Connor said, noting that his team saw an opportunity to create an entirely new product.

Although the U.S. and the U.K. versions of the magazine will both have advertisers in each market, most of The Week Junior’s revenue will come from subscriptions, he said.

For many of the existing kids’ magazine titles in the U.S., such as Time for Kids, Sports Illustrated Kids and Highlights, the strong brand association with the original title is important, said Gwen Vargo, director of reader revenue at the American Press Institute. This enables publishers to sell the new title to parents who already have a relationship with them or to people who are at least familiar with the brand name.

And while Time for Kids and Highlights put a lot of emphasis on selling magazines to schools in bundles, The Week Junior is not taking that approach, O’Connor said. This could be because selling to schools involves creating a partnership between a school district and the publisher, which can be difficult to forge, Vargo suggested.

The marketing tactic of offering some products for free at schools during the initial launch period can appear to be “an endorsement by proxy,” Vargo said. Whether the schools intend this to be the case, the products’ appearance at these educational facilities ends up being a “testimonial” of sorts, which she said might influence parents to purchase subscriptions.