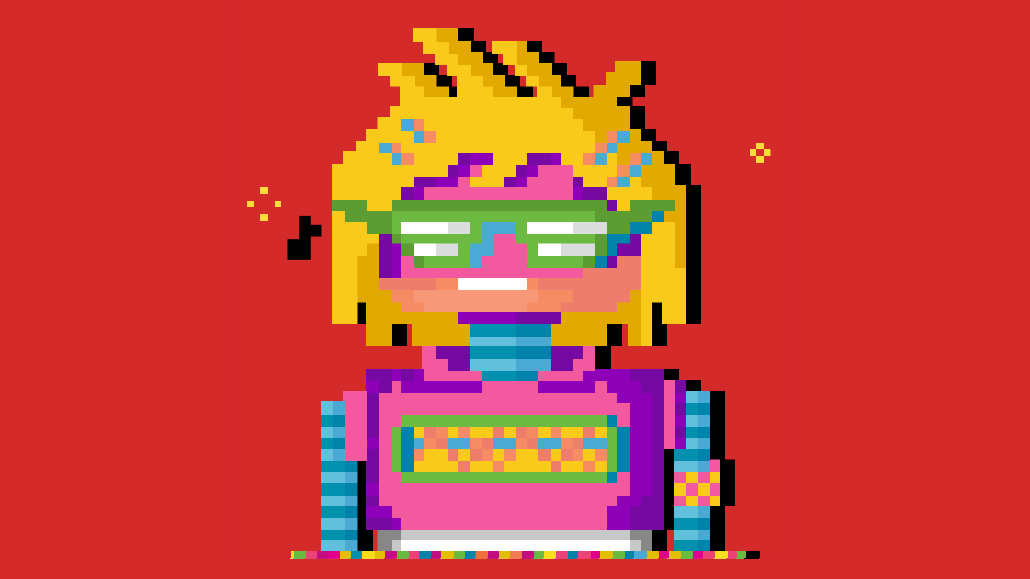 In-person events are back and some crypto news publishers are integrating the blockchain technologies they report on into their conference businesses to increase ticket sales, reward audience participation and sell more sponsorship deals.

For some publishers, that has meant turning event tickets into NFTs and gamifying events with opportunities to earn tokens throughout the venue as potential strategies. Whether they are successful is another story. The slow-going adoption of the blockchain by mass consumers — and even among Web3-native attendees of crypto conferences — means that audiences are not guaranteed to participate in these new innovations while at events.

Earlier this year, crypto publisher Blockworks set a goal to reach $20 million in revenue in 2022 by embracing blockchain technology in its business, in part by turning VIP tickets to its Permissionless conference last May into NFTs. CoinDesk, another crypto news site, integrated its proprietary participation token DESK into its Consensus conference in June to reward attendees for engaging with sessions, sponsors and other activities.

Now that the height of conference season has passed, here were some of their takeaways:

Selling a VIP ticket for $3,300 requires a certain level of prestige and access that a general admission ticket (which is priced between $1,489 to $2,500) does not offer, but after those tickets sell out, there is very little that can be done to measure demand from the high-value super fans who are willing to spend at this level.

To change that, Blockworks turned its VIP ticket level into an NFT drop where owners of the NFTs gain access to the VIP exclusive events by showing it in their wallets. Not only could the company then see every time those tickets were resold or traded — and the price they sold for — but it also earned a 7.5% royalty from every resale transaction.

“If people didn’t like the idea of a VIP ticket, the price would have obviously fallen pretty substantially, or they wouldn’t have [sold] out,” said Jason Yanowitz, co-founder of Blockworks. Instead, the resale price for the most expensive NFT sold as a part of this drop, Permie #549, was 7.3 ETH (about $20,000 at the time) less than 48 hours after it was minted on April 7, according to OpenSea records.

Admittedly, only a small percentage of ticket sale revenue for Permissionless came from the royalties earned from secondary sales of the NFTs, Yanowitz said, but the initial earnings made from the NFTs would equal approximately $1.7 million based on the price of Ethereum at the time. In total, Permissionless earned over $10 million in revenue, he said, with a total of 7,000 people attending the three-day-long conference. Sponsorship revenues exceeded the company’s goals by 50% and ticket sales exceeded its goals by 25%, he added, but declined to say what the company’s goals were.

The NFT holders were also given the incentive to hold onto their Permies post-event, with additional perks and access offered to this newly-formed community, including a lifetime pass to future Permissionless conferences, free merchandise and a private Discord channel.

Despite the Permie drop leading to an important core membership for Blockworks, Yanowitz said that his team is still trying to figure out what its NFT business will look like and does not intend to launch another set of Permies in the future to keep the collection exclusive.

It might seem unnecessary to bribe event attendees to participate in a conference that they paid to attend, but for CoinDesk, encouraging people to sit in on panels and visit sponsor booths by awarding them its participation token DESK assisted the publisher and its advertisers in getting a better grasp on how over 20,500 people were spending their time over four days at the Austin, Texas-based event.

CoinDesk’s participation token does not have any monetary value backing it, meaning it cannot be spent outside of the confines of its closed economy, but for those who attended the Consensus conference, they had the opportunity to spend any earned DESK on food, drinks, merchandise, NFTs and even the chance to play Dallas Mavericks’ player Spencer Dinwiddie in a one-on-one basketball game or Russian chess grandmaster Garry Kasparov in a chess match.

Of the more than 20,000 people who attended, only about 20%, or 4,000 people, participated in collecting DESK during the event, which Ewen said was on target for the first in-person execution of the tokens, but was likely a lower number than what it would have been if the security measures his team put in place weren’t as strict and if blockchain technology wasn’t still so fragmented in its early stages of development.

One of the security measures that created a higher barrier to entry for attendees included issuing soulbound NFTs, or non-transferable tokens, that acts as an identifier and opens up their wallet to be able to collect DESK. “In some respects, we probably sacrificed more adoption for the security protocols, but that’s primarily just a reality of being cautious when building in public spaces where you have tens of thousands of people,” said Ewen.

Because of these challenges, the likelihood that someone would throw in the towel versus trying to get DESK to work in their wallet was higher than anticipated.

“We were hoping that people would actually be more digital savvy than they were because they’re coming to Consensus and it turns out there’s still a ton of people who don’t exactly understand” how to access their crypto wallet or scan the QR codes using the Coinbase app to claim tokens, Ewen said.

There were over 500 opportunities for attendees to earn anywhere from 15 to 150 DESK tokens, with the average number of transactions per 4,000 participants netting out to be about 15 throughout the conference. More than $20,000 worth of merchandise was purchased using DESK and more than 2,000 drinks were purchased using the tokens during evening parties, Ewen said. In total, DESK accounted for 40-45% of all the on-the-ground purchases made in its store and at the night time events, he added.

Sponsors are still on board

Audiences aren’t the only ones interested in the convergence of blockchain technology and the events industry.

One of the products that Decrypt Studios, the commercial production house under crypto news publisher Decrypt, offers its clients is custom events, and according to CRO and publisher Alanna Roazzi-Laforet, it’s a standard practice to issue NFTs or tokens as tickets to those events.

“You have to have an NFT to access specific parties or specific functions of Decrypt Studios and upcoming projects that we’re launching,” said Roazzi-Laforet. “That’s really becoming the norm.”

Despite the crypto bear market, events in the metaverse are still able to drive substantial revenue, particularly from Web3-curious advertisers, who are willing to pay top dollar to be seen in this space. One reason for this is that these events, as well as other NFT-based experiential activations, have the potential to collect first-party, privacy-compliant data from attendees who give access to their digital wallets to the brands and publishers hosting the events, according to Publicis Media’s head of innovation, Keith Soljacich.

This integration of NFTs and tickets isn’t limited to crypto conferences, however. Earlier this month, I was emailed by Ticketmaster that I had the opportunity to claim a free NFT with my ticket to The Weeknd’s After Hours Til Dawn Tour, which I could claim by setting up a digital wallet through cryptocurrency exchange platform Binance.

“There’s a future where all tickets are NFTs, and in some respects NFTs like that will eventually become super boring, and that will actually maybe be good for this space in a weird way. People won’t care as much about [the investment value of NFTs]. I think they’ll be more and more impressed by the access that it gives,” said David Cohn, senior director of the Alpha Group, the in-house tech and media incubator for Advance Local.

https://digiday.com/?p=454861
Most Read
Trending in Publishing on the Blockchain
Digiday Top Stories