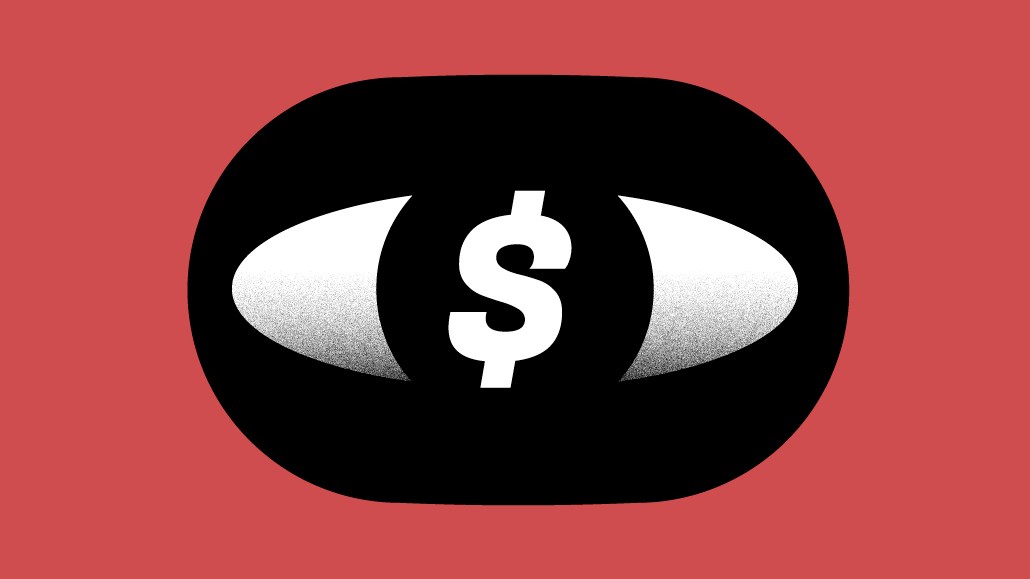 The state of the media market

If the first quarter of the year showed signs of uncertainty about the state of digital advertising and publishers’ commerce businesses, the second quarter all but confirmed that these revenue streams are being directly impacted by the state of the economy. In fact, “headwinds” to advertising caused by the “challenging macroeconomic environment” were consistently quoted in earnings calls by the publishers’ chief executives and chief financial officers, echoing what many execs from platforms, like Twitter and Meta, said in their companies’ earnings reports last month.

Diving further into publishers’ second quarter earnings reports, though, the blame might not be all on the economy at large but rather which revenue streams companies like BuzzFeed, Gannett, IAC’s Dotdash Meredith, News Corp’s Dow Jones, The Arena Group and The New York Times have decided to hedge their bets on in the pursuit of revenue diversification.

About half of the publishers included in this roundup experienced a decrease in total revenue earned in the quarter, with the culprit namely being advertising. The other half experienced growth in revenue year-over-year, thanks to subscription revenue or, in some cases, ongoing acquisitions leading to more ad revenue flowing in than they had in years prior.

For most of those media companies that participated in the M&A race — BuzzFeed, IAC and The New York Times — pro forma revenue was used to get a clearer comparison of how these businesses performed pre- and post-acquisitions. The Arena Group, despite several acquisitions, did not report pro forma revenue in its Q2 earnings, though the company did note that its acquisitions of The Spun and Athlon accounted for 53% of its year-over-year digital advertising revenue growth in the quarter. – Kayleigh Barber

IAC’s Dotdash Meredith experienced a 7% decline in pro forma digital revenue (which encompasses advertising, commerce, digital subscriptions and other various businesses) from $234.5 million in Q2 2021 to $253.1 million in Q2 2022.

During the company’s earnings call on Aug. 9, Dotdash Meredith CEO Neil Vogel placed half the blame for that on the macroeconomic environment and half on the company’s decision to demonetize and move some of its newly acquired Meredith brands onto Dotdash’s proprietary tech stack during the quarter.

The advertising categories that have been experiencing “concentrated problems,” according to Vogel, are retail, food and CPG and unfortunately for IAC, “the Meredith assets that we bought over-index on those categories based on the brands that they are,” he added during the company’s Q2 earnings call.

Beyond the macroeconomic impacts to advertising, Vogel also attributed the decline in digital revenue to the company taking longer than expected to migrate the Meredith properties over to the Dotdash tech stack. Right now, about 75% of the company’s total traffic is coming through what he called Dotdash’s “performance sites,” but a quarter of that audience is still not being efficiently monetized. This has caused “a little bit of a knock-on effect” leading the company “into a tougher period without our full arsenal of tools,” he added.

Digital advertising revenue decreased by 2.4% year over year for The New York Times, which attributed this to “the impact of the challenging macroeconomic environment, a reduction in marketer spend on advertising adjacent to news coverage, and supply constraints in programmatic advertising related to choices we made to drive more audience to our apps,” said CFO Roland Caputo during the company’s earnings call on Aug. 3.

Not all boats are going under

Digging deeper into the fourth quarter data, the growth trajectory remains with ad revenue increasing by 13% year over year, or $13 million. Digital advertising specifically grew by 16% year over year and contributed 58% of the total advertising revenue in the quarter, compared to 56% in the prior year period, according to News Corp’s earnings report.

Meanwhile, The Arena Group — which publishes Sports Illustrated, The Street and Parade, among others — saw its digital advertising revenue increase by 114% year over year to $24.7 million, which is primarily attributable to the addition of ad revenue and sellable inventory from the acquisitions of The Spun (June 2021) and AMG/Parade (previously known as Athlon and closed April 2022), according to the company’s latest quarterly earnings filing with the Securities and Exchange Commission.

While the company did not disclose pro forma revenue comparisons, it did break down revenue generated from its various titles. The Spun recorded $4.5 million of digital ad revenue and AMG/Parade recorded $2.5 million. Meanwhile, The Street brought in $1.6 million, Sports Illustrated made $872,000 and the legacy business earned $1.8 million.

The Arena Group also attributed this growth to “traffic improvements of 82% and over 40% growth in display CPMs,” according to a press release. The bump in display CPMs is somewhat surprising as Operative’s STAQ Benchmarking Data reported that in the second quarter of 2022, the average cost of CPMs in the programmatic open marketplace (based on each week’s average) was $1.58, down from $1.74 in the same period the year prior.

BuzzFeed also reported an increase to its advertising business, with revenues increasing 11% year-over-year to $53.2 million. However, excluding Complex’s contribution, BuzzFeed’s ad revenue declined by 5% year over year, and the company saw a 3% decline in overall ad pricing in the period.

That said, BuzzFeed’s CFO Felicia DellaFortuna said the company is starting to feel “pricing pressure” on its owned and operated inventory from those macroeconomic trends. And because BuzzFeed’s content “is still heavily leaning into branded promotional content… we do expect, with the macroeconomic headwinds, for the branded promotional content to be most impacted in Q3.”

Sticking with BuzzFeed for a moment, the once-prized commerce business took an even deeper hit in the second quarter than it did in the previous quarter. While Q1 still experienced growth (albeit off target), Q2 saw a 22% decline in commerce revenue year-over-year to $13.3 million.

These declines were expected against the elevated spending during the pandemic, according to DellaFortuna, but the same pattern from last quarter’s earnings report emerged, showing that decreased Facebook traffic caused a decrease in audience to the company’s shopping content. The timing shift of Amazon’s Prime Day event from Q2 in 2021 to Q3 in 2022 also played a part.

It appears that this strategy has been working for the company because, despite a decrease in advertising revenue, the company’s total revenue was $555.7 million for the quarter, a 7.9% increase year-over-year in pro forma revenue. Its digital subscription revenue increased to $238.7 million, up 25.5% year-over-year. That increase came from adding 180,000 digital-only subscribers in the quarter.

Gannett, too, has been prioritizing its digital subscriptions business for the past year, which reached a total of almost 1.9 million paid digital-only subscribers at the end of the second quarter of 2022. While that revenue stream increased 35% to $32.5 million, digital subscriptions only account for 4.3% of the company’s total Q2 revenue. Print subscriptions accounted for 32.3% of total revenue in the quarter, or $242 million, according to Gannett’s earnings report, which was down 15.4% from Q2 2021.

There is still a long way to go for Gannett to get its digital subscription business up to the level of importance that print sits at. The company’s shortcoming on this front led it to lay off at least 80 employees from its newspapers last week.

“We’ve come to rely far less on programmatic open revenue than we did two or three years ago. We are seeing some of the softness in those CPMs.”

Gannett’s latest layoffs should not necessarily serve as a barometer for the local journalism job market.

Some of the affected Gannett journalists took to social media to announce their departures. But amid the slew of layoff announcements was a bright spot: Gannett employees’ tweets were met with a number of responses from employees at other local news outlets currently hiring. They shared open roles, job postings and company job boards, ranging from newspapers owned by large for-profit organizations like McClatchy and Hearst Newspapers, to non-profit news outlets like Cardinal News in Virginia and family-owned organizations like The Advocate.

“There’s this fascinating dichotomy in our industry right now, where you continue to see dramatic contractions with legacy news and layoffs still happening, and then in our world, which is small- to medium-sized independent digital news organizations both nonprofit and for-profit,” said Mary Walter-Brown, founder and CEO of News Revenue Hub. She added, “There are dozens of open positions in many of the newsrooms we work with.”

While job listings on the site JournalismJobs.com were slow the first week of August (typical for this time of year, according to founder Dan Rohn), “this week has been really busy,” he said, with 47 job postings on Tuesday. “Gannett’s recent layoffs have not impacted our client base, especially newspaper companies,” Rohn said.

“There are a number of INN member news sites that have grown significantly in Gannett towns. Not to replace them exactly but to definitely supplement Gannett coverage,” director Sue Cross said, pointing to outlets like The Ithaca Voice and LkldNow. – Sara Guaglione

48%: Percentage share of surveyed publisher executives who expect third-party cookies to continue to be used in Google’s Chrome browser until 2025 or later.

13%: Percentage increase year over year in digital ad revenue that Condé Nast recorded in the first half of 2022.

29%: Percentage increase year over year in digital ad revenue that Bloomberg Media recorded in the first half of 2022.

>50%: Percentage share of BuzzFeed’s ad transactions in the U.S. that use its first-party data product Lighthouse.

How The Washington Post’s Joy Robins is using lessons from 2020 to handle the current economic slowdown:

How media companies like The New York Times, BuzzFeed and Gannett are managing costs in an economic downturn:

The Roe reversal’s effect on publisher traffic:
Publications serving female audiences, including Jezebel, The 19th and The Cut, have seen traffic surge in connection with the Supreme Court overturning Roe v. Wade, according to The New York Times.

The platform newsletter downturn:
Substack and Meta have started to limit the number of writers they pay to distribute newsletters through their respective platforms, according to Insider.

Publishers game traffic:
Blavity, Complex and Los Angeles Times are among the publishers running ads in mobile game “Subway Surfers” to drive traffic to their respective sites, according to Marketing Brew.

Publishers play games:
Publishers like The New York Times, The New Yorker and Vulture are using games, such as crossword puzzles, to help them hold on to subscribers, according to Nieman Lab.

Apple’s original podcasts play:
Apple’s TV studio has spent up to $10 million on investing in original podcasts for its podcasting platform that could eventually be adapted into movies and TV shows, according to Bloomberg.