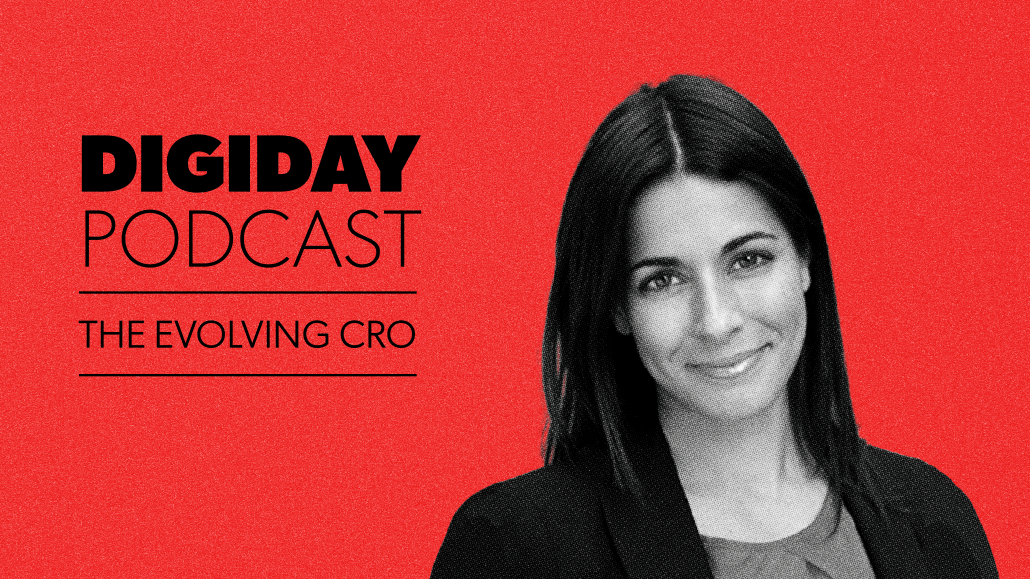 The Washington Post is starting to feel the squeeze on its advertising business but CRO Joy Robins is relying on lessons learned from the 2020 revenue slump to mitigate its impact on the business this time around.

Similar to the previous guests of The Evolving CRO series on the Digiday Podcast this month, Robins said her role as revenue chief at the Post has changed tremendously, even in just the past year. This January, Robins added subscription revenue to her purview to develop how the revenue category could interact with advertising to gather more first-party data to produce more leads of paid readers.

Ad clients are expecting faster turnaround times in their campaigns once their marketing budgets are released, according to Robins. And while certain categories are spending less now than they were in previous months, ignoring those clients is a critical error, she said on the latest episode of the podcast.

Below are highlights from the conversation with Robins, which has been lightly edited and condensed for clarity.

When it comes to where we’re seeing success, travel is absolutely one of those [categories]. Entertainment [is] another one of them; streaming actually has been fairly strong for us. Another category we’re seeing as really strong is the pharma and [the] health and wellness category. And it’s probably well timed in that we’re making significant investments in the consumer health and wellness sector later this year.

Where we are seeing headwinds, align[s] to what you’ve heard in the [New York Times] earnings call [on August 3]. Tech is a bit softer, finance is a bit softer than last year, and auto remains fairly soft as well. So there’s definitely pluses and minuses. But where we have really focused our time is not just to say only look at the categories that are performing well at this moment — the tech and finance and auto industries will return. And really being partners to those brands, regardless of whether or not they have [a] budget to spend right now is really important. It is essentially back to our playbook from 2020 when all brands pause spending. So how do you continue to think about bringing value across the marketplace rather than just specifically [focusing] on sectors?

Programmatic is taking a hit

We’ve come to rely far less on programmatic open revenue than we did two or three years ago. We are seeing some of the softness in those CPMs; I think we’ve seen that not only as a result of uncertainty in the economy and inflation, but we really saw that start to take hold, even when the Ukraine War started at the beginning of this year. So we’ve seen those compounding effects, [but] I think we’re a bit more insulated because we do have so much of a higher percentage of our business resting within our direct sold [campaign deals]. But that is consistent with what we are seeing within the programmatic open marketplace. [Editor’s note: Robins declined to share the split between the programmatic and direct sold advertising business.]

We’ve seen CPMs rebound, particularly through July. We’ve seen some depression, but not to the degree that was reported in that specific report. [Editor’s note: Average CPMs in the programmatic open marketplace according to Operative’s STAQ Benchmarking Data were about $0.20 lower in the first two weeks of July than the same time last year.]

Pulling out the 2020 playbook

I think 2020 was a moment for all of us where we had to relearn how to do our jobs in this ongoing environment of uncertainty, but also panic. People were concerned not only about their businesses but about their personal health and wellbeing and that of their families. So I wouldn’t go as far as to say we are back in 2020. But I think that we have all become really, really good at being both pragmatic as well as riding out [the storm with] the agility required to understand that things are changing on a fairly consistent basis. What we now are able to reprise out of our 2020 playbook is, again, understanding how we are delivering value to the marketplace, regardless of industry, and as partners, rather than looking at being anything near transactional, and understanding that the pace of business is frenetic.

So 2020, in that second half of the year, budgets and conditions were changing on a weekly basis. It wasn’t crazy to have two-day turnarounds for really significant campaigns that either happened or didn’t. That calmed down in 2021. It felt as though people were still in some cases planning very, very short term, but there was more longer-term planning going on. We are seeing a return to some of those really pressed time horizons and I believe that we’ll see more of that, particularly as we get into the fourth quarter, depending on how the economy fares. But I think we are better prepared to handle the volatility of business than I think any of us had ever experienced back in 2020.

Q4 will be about speed

There are some elements of use it or lose it, but I think that marketers are being responsible and in some cases conservative with spend, and as conditions either improve or they [gain] the ability to release those budgets, it becomes a [question of] how do we get into market quickly?

And some of it does come down to some of the factors that are happening in the wider news and societal landscape, but I think the former is more of what we’re seeing in terms of budget will get released and need to get into market fairly quickly. And so being able to activate against that is important.