Digiday Research: Publishers spend little on advertising their own products 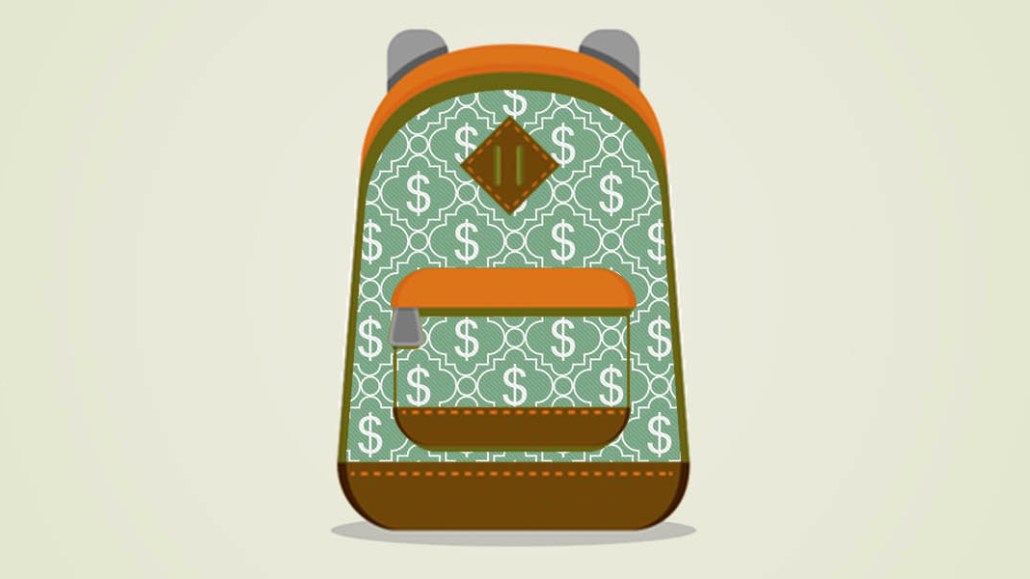 Publishers pushing into commerce as an alternative revenue source is a growing trend: 43 percent of publishers now report revenues from commerce operations. But for most publishers, commerce revenues are nascent.

What’s even more minuscule than commerce revenues is the resources, specifically marketing spend, being allocated to support such commerce products. Only 16 percent of publishers dedicate more than 25 percent of their marketing budget to promoting their commerce products and nearly half, 47 percent, spend nothing at all according to a survey of 53 publisher executives at the Digiday Commerce for Publishers event held in New York City this past May. For the point of this survey, publisher subscriptions were not considered publishers’ commerce products. 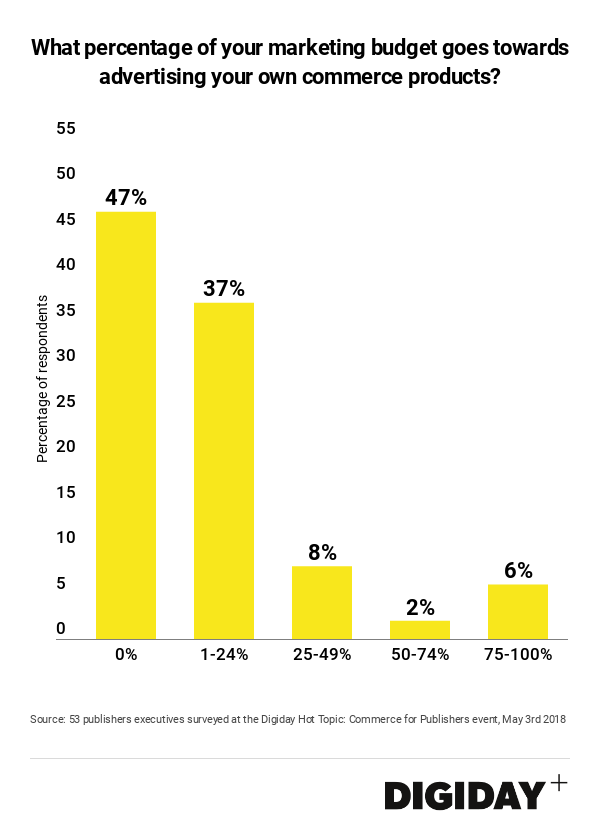 Part of the reason that publishers either choose not to or don’t need to use their marketing budget to promote their own branded products is that commerce is still an experimental endeavor for most.

And publishers can use their own ad inventory to highlight their products rather than spending with other platforms or publishers, of course, which is partially why the strategy has proved so appealing in an increasingly difficult advertising market.

Some brands that have begun to make the leap into commerce can rely on incredibly loyal audiences to instantly buy out new product launches leaving paid marketing unnecessary. Thought Catalog, for example, has an in-house team that spends half of its time measuring the impact of the self-promoting ads it runs on its site. Taking away ad impression for commerce purposes isn’t an easy act to balance. Future Publishing found that the significant emphasis it placed on its e-commerce business had a heavy impact on the number of ad impressions it sold.

For brands that do spend marketing dollars on the commerce operations, that spending commonly comes in the form of paid ads promoting affiliate-driven content. Buying audiences through paid ads isn’t anything new for publishers and affiliate content is an extremely important part of publishers’ commerce revenues. Over half of publishers make the majority of their commerce revenue from affiliate sales that promote other companies’ products. For example, Dennis Publishing found that paid search ads performed well in bringing audiences to its commerce content. Meanwhile BuzzFeed and Business insider run ads on Facebook that back promote commerce content.