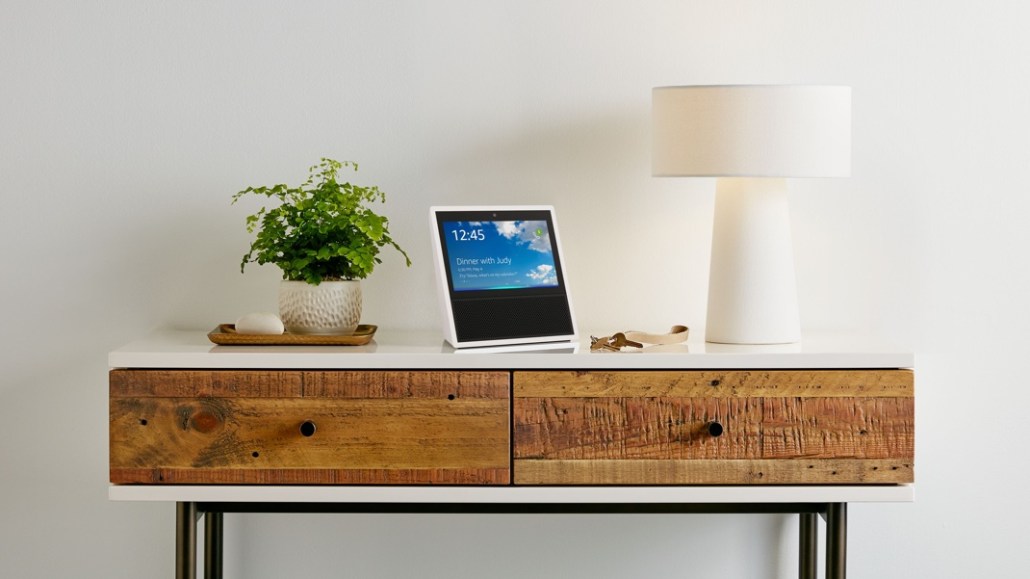 The Amazon Echo Show, the $230 audio and video device launched in early May, is years away from being a niche product. But large digital publishers are already crowding onto its small screen. On Wednesday, a group of them, including CNN, CNBC, Bloomberg, Scripps and Time Inc., all announced video-centric skills for it.

The adoption rate of voice-enabled assistants and devices like the Echo Dot and Google Home surpassed early expectations, but the Show will have to climb a steep hill to succeed. One early estimate, courtesy of Business Insider Intelligence, suggests 9 million Shows could be sold in the next 12 months in the U.S., although that survey also found 72 percent of respondents either “probably wouldn’t” buy it or “don’t see the point” of the device at all.

That has not deterred many publishers who, years after betting that video would become more widely available across platforms, are now leveraging investments they made early to get onto these platforms and monetize there quickly.

Here’s why publishers were more than happy to invest energy and resources in a product that’s barely begun selling.

Early birds
While some companies prefer to sit back and watch a platform develop, a large number of publishers make an effort to act quickly. “With all of these platforms, it does pay to be a first mover,” said M. Scott Havens, the global head of digital for Bloomberg Media. “When people install [these devices] and set them up, if you’re not there, a lot of people don’t go back.”

Havens noted that Bloomberg, which was one of the first publishers to establish skills on Amazon’s audio-focused Echo devices, built a user base that he said surpassed expectations, though he declined to share numbers.

Bloomberg’s skill gives users the chance to check markets or watch its linear programming live, making it the fourth digital platform where livestreams are available. It gets over 1 million viewers per day across those platforms. Havens said the company emphasized spreading out across those platforms because it is less worried about cannibalizing a massive linear audience.

Easier setup
CNN, which aspires to ubiquity across the digital landscape, has already implemented a system that allows it deploy video content across any digital platform. “As each new platform becomes available, our ability to deliver there becomes far easier because of the investments we’ve made,” said Rohit Agarwal, CNN’s vp of digital products.

Agarwal stressed a lot of effort went into making sure the Show works well and that it can quickly deliver not just headlines, but video clips about specific topics, too, much as it has on the voice-only Echo devices. They put in that extra effort because based on early returns it got from its voice skill, users quickly grew accustomed to getting news at a topic level, rather than a generic collection of headlines. “It takes twice as long as you’d expect to start, but gains traction twice as fast as you’d expect,” Agarwal said.

Easy monetization
Third parties develop monetization schemes for platforms at their peril. Barely six weeks after the Alexa analytics service VoiceLabs launched an ad network for the Alexa platform, signing up publishers including ESPN, it was shut down after Amazon updated its terms of use for developers.

But at least so far, Amazon has abided experimentation by individual publishers. Bloomberg and The Washington Post, for example, were both monetizing their Flash Briefings within months of launch with host-read ads, and CNN said it has in-house technology ready to begin monetizing its Show audience as soon as it gets big enough.

Watch and learn
Despite the growing ubiquity of streaming video, everybody in the space is in the early days. “This is really not about scale,” said Deep Bagchee, svp of product and technology at CNBC. “This is about learning.”

Bagchee said while CNBC has been pleasantly surprised by Echo adoption, it remains an open question whether or not video will work. Much of the content CNBC will offer through its Show skill is customized for the Show. But some of it, like “Cramer Remix,” a short video it deploys across platforms including YouTube and its owned and operated sites, is already lying around, ready for use.

Bagchee pointed to the size of the screen — a small, 7-inch device better suited to a kitchen counter than a bedside table or a coffee table — as a possible sign that the video best suited to the Show will be short. “I don’t know if this will be a lean-back, long-form video platform,” he said.