The state of voice in five charts 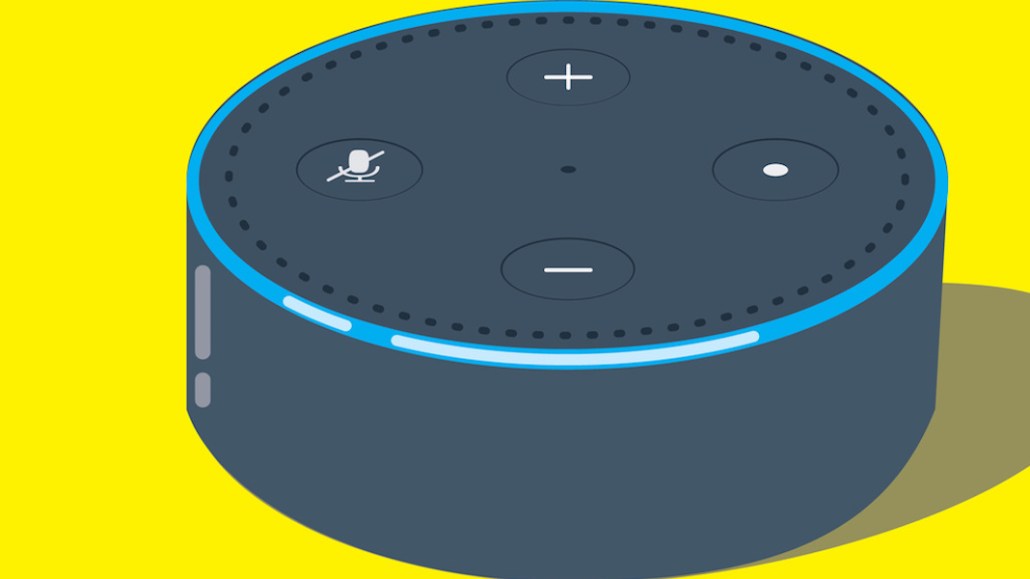 While it remains a specialized technology, voice is booming. EMarketer released its first forecasts for the voice assistant market, and it’s grown faster than many analysts expected after Amazon introduced the Echo to a wide audience in 2015.

Amazon dominates, and cheaper devices are a major reason
It’s easy for consumers to try something new if it’s cheap. While the Amazon Echo ($150) and the Google Home ($129) cost about the same, the Echo Dot, the pint-sized Alexa speaker Amazon introduced last fall, beats them at a cost of just $50. Amazon dominates the speaker market on the whole, with nearly 70 percent of the market, according to eMarketer, and the Dot has been the driving force. “The Echo Dot definitely helped drive Echo sales since the release of the second generation model in October 2016,” said Josh Lowitz, partner and co-founder of Consumer Intelligence Research Partners. “Amazon priced it aggressively.”

Younger audiences are playing with these things the most
Just as millennials and their younger siblings drove adoption of streaming video and augmented reality, millennials are using voice technology far more than other cohorts. According to eMarketer, nearly twice as many millennials (29.6 million) will interact with voice assistants on a monthly basis as their Generation X counterparts (15.3 million), and the usage gap between millennials and older consumer segments is projected to widen over the next three years.

By 2019, the number of millennial voice assistant users is expected to grow over 30 percent to 39 million, while adoption among Gen Xers will grow just 10 percent. Baby boomer use will remain close to flat. 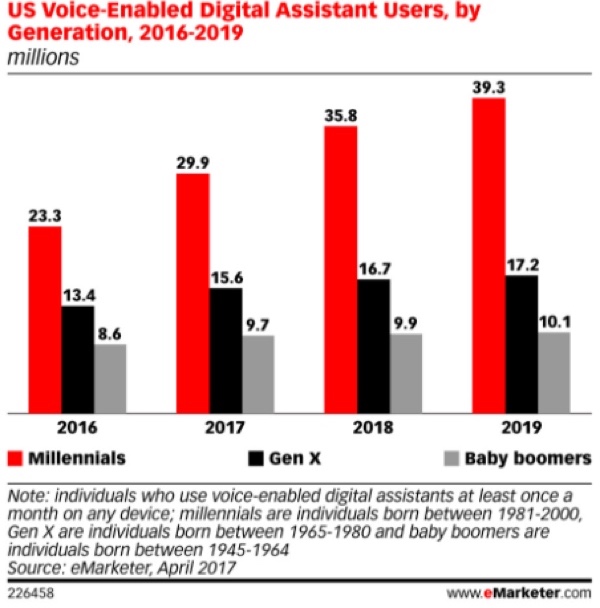 … and they are asking questions
People are already using voice for a variety of purposes. Voice’s wide array of use cases partly stems from its availability not just in speakers like the Dot, but on all the major mobile platforms (iOS, Android and Windows), as well as a growing range of automobiles. While Business Insider Intelligence research suggests that over half of all consumers using voice technology use it to text, that’s something that you can only do on an Echo if you’re an AT&T customer. 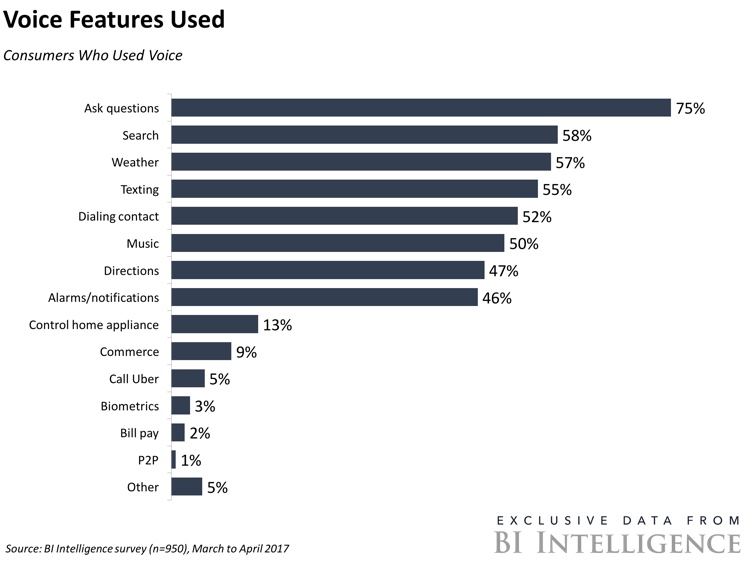 Competition among publishers is already stiff
The number of skills available on a platform like Alexa has already soared past 7,000 in January, according to the voice analytics platform VoiceLabs.

News-focused skills are the second-most popular type of skill on Amazon’s platform, second only to games and trivia bots, VoiceLabs data suggests. Publishers like Hearst are already building centralized voice teams, which will be expected to develop products that can be used on both Alexa and Google, as the platforms begin to diverge from one another. 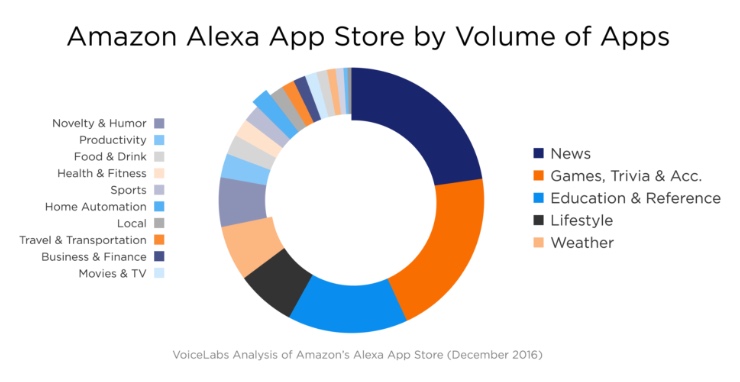 Users are unforgiving
You only get one chance to make a first impression, and that is especially true in voice. While many publishers are building regular user bases on voice assistants, it’s hard to get people to come back. The below chart, which shows new versus returning users for a Google Home app in late December, shows that just 3 percent of all skills users are active in the second week.

Those numbers may bend as the platforms introduce mechanisms for promoting skills. For now, research suggests any offered skills must be ready for prime time once they hit the platforms’ stores. 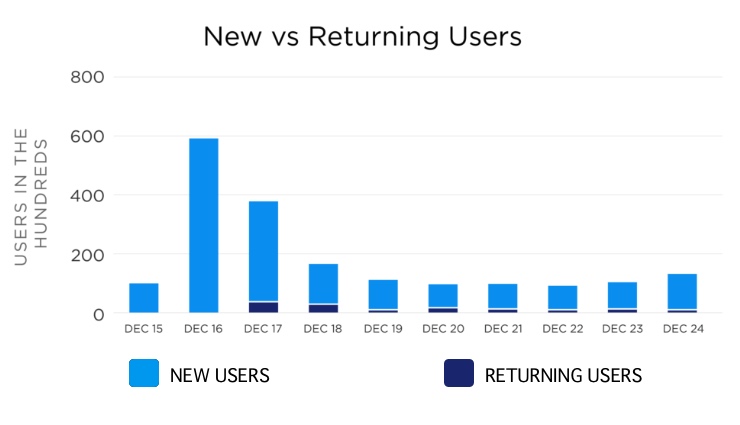