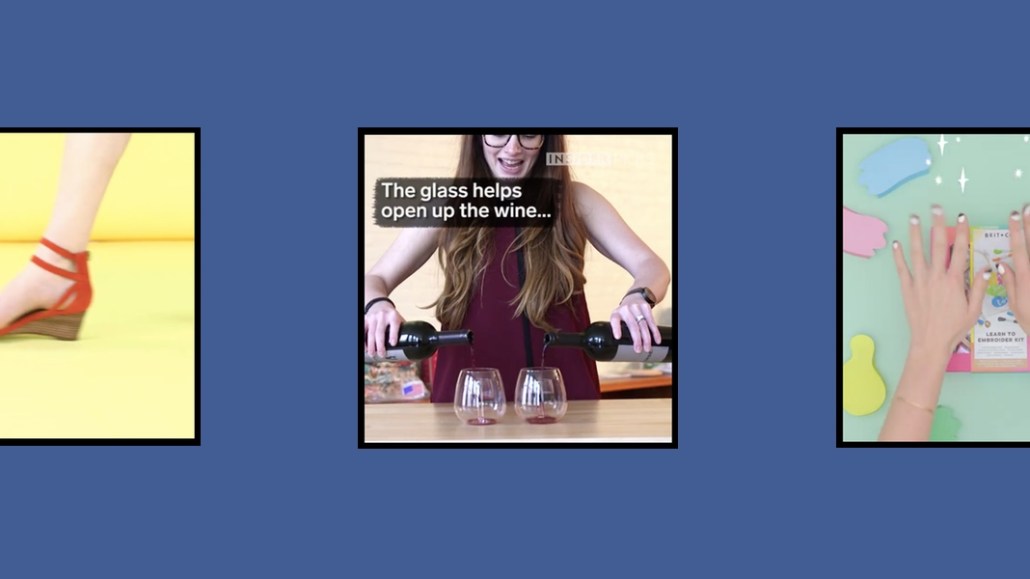 Facebook video has been tough for many publishers to monetize. But a growing number of them are using it to drive commerce.

Last month, Business Insider’s commerce team, Insider Picks, started using the video giant to drive sales, using clips of things like a stovetop pizza oven (over 12 million views), or a wine glass that features a built-in aerator (4 million views). Food52, which earns two-thirds of its revenue from commerce, has used Facebook video posts to sell everything from pans to reusable sandwich bags to its own cookbooks. Lately, Brit + Co has used Facebook video to drive people to buy packages of the products it’s produced in collaboration with Target. BuzzFeed, which uses Facebook audience data to develop products, started publishing Facebook videos to plug its Homesick line of candles this spring.

To date, Facebook hasn’t made it easy for publishers to monetize their video or commerce ambitions on its platform. But video content offers a chance to buck that trend, thanks to the priority Facebook’s News Feed algorithm gives to video. More people will see a video post uploaded to Facebook with a link to an off-site store than a regular text-based post.

The video posts, in addition to driving affiliate revenue, also give publishers a vital source of data about what kinds of products are interesting their Facebook audiences. This valuable data can inform other parts of an editorial operation, a key piece now that more commerce-focused publishers are upping their video output.

“Our videos on Facebook serve as one of the tools we use to see how people respond to products in real time,” said Breton Fischetti, the senior director of commerce at Business Insider.

While Facebook’s embrace of video drastically reshaped many publishers’ social audiences, it hasn’t done much good for their balance sheets. For those that didn’t get a check from Facebook to go live, making money from their millions — or even billions — of views was a struggle. Even the longer videos, which can feature the midroll ads Facebook has tinkered with for months, seem likely to benefit only some publishers.

But Facebook still has nearly 1.3 billion daily users and its News Feed algorithm still gives hefty priority to video content, so publishers have gotten creative. Some publishers, like Fatherly, have used Facebook video to build direct, off-platform connections with readers. Others have looked to turn it into a commerce driver. The Daily Dot, for example, has already put Facebook videos at the heart of its commerce strategy.

For now, Facebook Live doesn’t play much of a role in this push. A number of nonprofits and publishers have had success using it to raise money for charitable causes, and QVC has simulcasted its shows on Facebook Live since early 2016. But few other publishers have tried to use it as a way to drive sales.

Instead, publishers like PopSugar and Brit + Co use Facebook Live for content they produce in partnership with advertisers. Those programs are typically part of larger advertising buys, with no guarantees on views or audience size.

Facebook has dallied with commerce for years. It launched a type of marketplace a decade ago, then shuttered it in 2014 before relaunching it last fall. It also introduced a Buy button in 2014. Today, a small number of third parties, including Shopify, make it possible for Facebook page administrators to add similar buttons to their pages. Facebook is testing a Shop button that allows retailers and publishers to make their posts shoppable as well.

“The use cases [for live] are not yet clearly defined,” Mroz said. “Live shopping may make sense for the occasions of product launches, flash sales and influencer campaigns, [but] it’s not as effective for everyday purchases.”