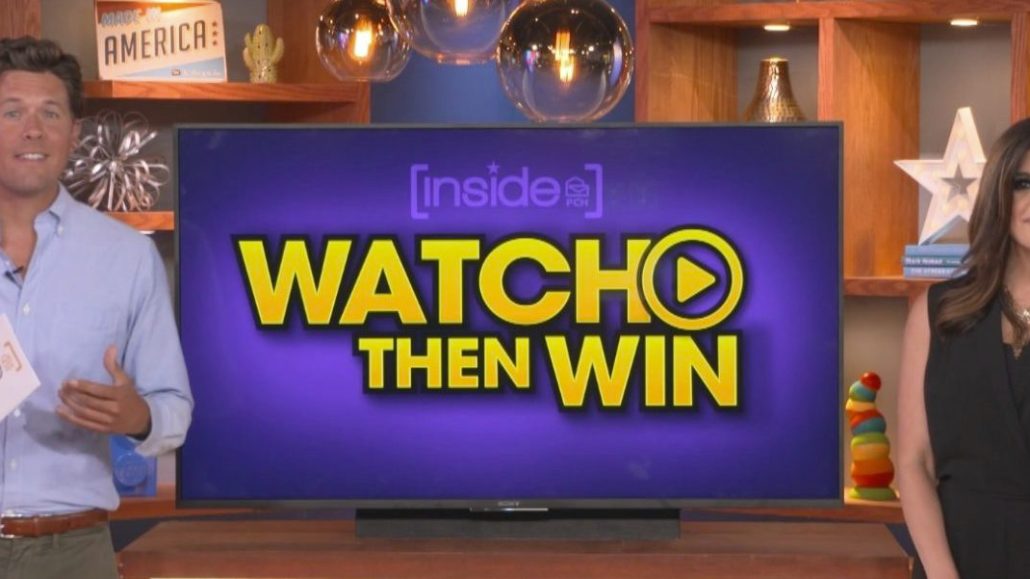 The weekly show, which had its one-year anniversary July 30, has tallied 4.9 million views from more than 2 million fans who tune in for the trivia, shout-outs and the chance to win something from a prize wheel.

“I’ve had friends who have won 10 or 15 cents on other quiz games, but we have our own weekly trivia contest,” said Danielle Lam, a member of PCH’s Prize Patrol, during the episode.

That day’s winners included Mildred Deas of Sherwood Forest, California., who correctly answered Lam’s favorite destination as mountains. She won $500. Mahmoud Kemeh of Toms River, New Jersey, won $1,000 and a T-fal OptiGrill from the prize wheel. The winnings are modest compared to PCH’s iconic $1,000-a-day for life prize, but for PCH, they’re not just prizes but a selling point for media buyers.

PCH’s 65-year history started by selling magazines. It has since grown into a $1 billion business, most of it now coming from sales of goods and services like jewelry and vacation packages and advertising on its websites. Yet some associate PCH with only selling magazines and others think it’s a scam. Using Facebook Live is just one of the ways PCH has been trying to burnish its brand with consumers and advertisers and marketers that sell products through PCH.

“Digital advertising is tough. Google, Facebook, and now you throw Amazon in the mix, it means all the rest us publishers are fighting for the last 20 percent. We said [last year], ‘Let’s step back and decide what can we really do here,’” said Andrew Goldberg, CEO of PCH.

Goldberg cited three ways publishers can win: scale, content, engagement. PCH can’t necessarily win on the first two, but as for engagement, the company boasts of 784,000 actions from its recent campaign titled #PCHOpeningDoors as well as a high interaction rate on Facebook, where PCH posts videos of the winning moments and also sometimes streams on Facebook Live while driving to the winner’s house. PCH also has a wealth of first-party data that it’s collected over its 65-year history.

Digital ad spending
To nurture that engagement and grow its awareness beyond the earned media it gets in local news outlets whenever someone gets an oversized check, PCH spends about $45 million each year in TV ads and another $45 million in digital media, the latter of which it sees having the best way to reach a big audience. The 15-second video ad has worked the best, said PCH’s CMO of digital, Jason John. The company has also increased its spending on influencer marketing on Instagram and paid media on Facebook.

“There’s a big difference in talking about people winning money versus we change lives. Social media allows us to get that out,” John said.

PCH recently ran an influencer marketing campaign titled “Open Doors” that featured celebrities like Lori Loughlin of “Full House” fame and former Disney Channel star Tamera Mowry as well as about 200 micro-influencers. The campaign ran from May 11 to June 30.

Check out @tiamowry's latest Instagram post to see how she is helping #PCH open doors! #PCHOpeningDoors #ad • • • Repost @tiamowry: "Since I was a child, I've had amazing opportunities that have opened doors for me and allowed me to become the person I am today. Even now, with the arrival of my beautiful daughter, a new door has been opened in my life. I’m excited to share how Publishers Clearing House is opening doors and changing lives by giving away a giant superprize on June 29th – $1 Million immediately PLUS the security of $1,000 a week for life! Link in bio to enter for a chance to win a @PCHOfficial sweepstakes…. #PCHopeningdoors #ad"

PCH as media company
In addition to giving away money, PCH buys and sells media on its websites. Its audience matches the Walmart demographic: moms in middle America. Some notable advertisers include Hershey’s, Procter and Gamble, DollarGeneral, Home Depot and Lowes.

PCH’s roots aren’t in entertainment, but the company’s using its history in direct marketing to personalize the user experience.

“All these [digital] properties, [and] direct mail is all feeding this very sophisticated data science and analytics operation. We wake up every day thinking about curating the experience for the individual,” said Mark Cullinane, svp and gm of digital at PCH.

To keep people engaged with PCH, the company also launched a mobile app. After acquiring a mobile app development company out of Boston in 2014, PCH created its own Innovation Lab. This fall, PCH will launch a live interactive mobile game called Cash Frenzy, inspired by the rise of HQ trivia. Of course, it’ll have its own flair.

“We don’t want to be No. 35 of the HQ knockoff fighting to get [daily average users]. We look at, ‘How do we find our chance to win enthusiasts and deliver a broader array of content to capture more of their day?’ I want to take a minute out of Facebook and put it into our PCH app or our lotto app,” Cullinane said.

During the weekly Facebook Live show, Lam and her co-host Howie Guja give several fan shout-outs based on the comments and the emails they receive. The anniversary episode mentioned Melissa Flannery from Phoenix, Arizona; Emma Serna from Stockton, California; and Martha Winston from New York City.

“Thank you for all the good wishes,” Lam said.