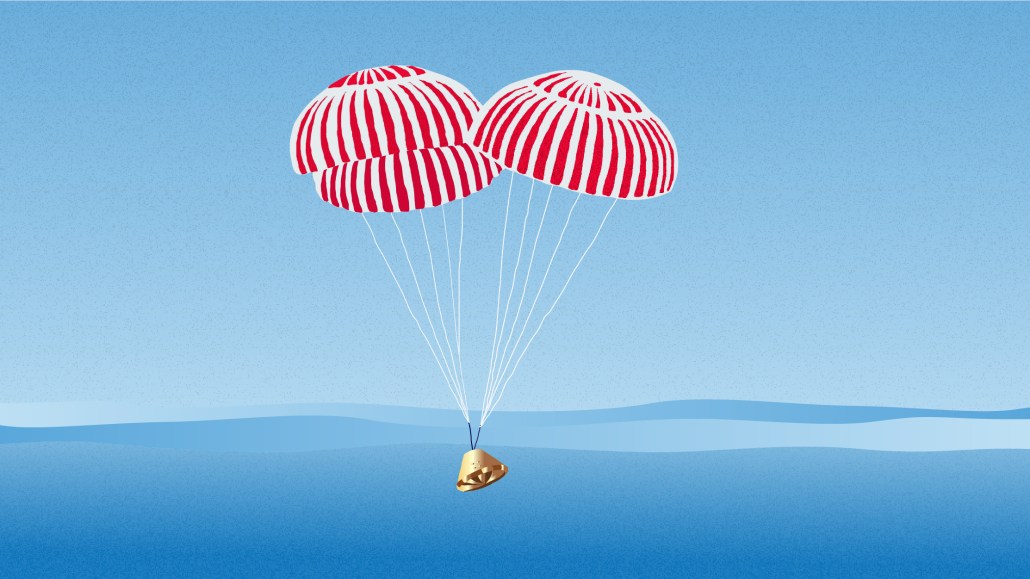 The Media Briefing this week looks at how publishers’ and platforms’ businesses have settled into the new normal with advertising revenue rebounding in the fourth quarter.

The media business seems to have settled into its new normal. Companies may have yet to return to the office, in-person events may remain on hold and some advertisers like travel companies and movie studios may still be on the sidelines. But based on how the fourth quarter panned out for publishers and platforms, business is looking pretty usual for media companies, even if it’s not necessarily business as usual.

“Conditions are pretty normal other than the absence of the travel and entertainment categories,” GroupM global president of business intelligence Brian Wieser said regarding the advertising business.

However, this normal is still fairly new. While the shift in media companies’ businesses from traditional channels like print and linear TV to digital publishing and streaming has been underway for more than a decade, it wasn’t until last year that some traditional media companies reached a tipping point.

However, the shift from traditional to digital continues to be somewhat slower — and more painful — for media conglomerates with a foothold in linear TV.

Comcast-owned NBCUniversal’s TV networks experienced a 9% drop in revenue in the fourth quarter of 2020 compared to Q4 2019. And the $568 million gap between the two periods was nearly five times the total revenue raked in by Comcast’s “corporate and other” division, which is home to NBCUniversal’s Peacock streaming service and which lost $1.2 billion in the quarter.

More to the point, both Disney and NBCUniversal saw their TV networks’ advertising revenues shrink in the fourth quarter. The year-over-year ad sales declines were due to linear TV viewership continuing to erode and despite ad prices increasing.

On the opposite end of the spectrum are the digital-centric publishers and tech platforms that ended the year on a high note. “Those that really thrive relative to the digital ad space, their earnings reports are undeniable,” said Jana Arbanas, who leads Deloitte’s telecom, media and entertainment sector.

Insider Inc. said its revenue increased by 30% year over year in 2020 and that the company netted a profit for the year. Group Nine Media’s 2020 revenue was flat compared to 2019, but the company turned in a record fourth quarter, Group Nine Media chief revenue officer Geoff Schiller said on the Digiday Podcast earlier this month.

“2020 ended up as not as bad a year as anyone would have reasonably expected given the state of the economy. It was the worst economy since the Great Depression, yet [the market for] advertising was barely worse than the 2008 recession,” Wieser said. — Tim Peterson

“Facebook’s efforts to be a destination platform [for video] have completely failed. But the result of that, from a content consumption standpoint, is we can sometimes post a YouTube video [to Facebook] three to six months later and see it perform just as well. So our back catalog of content has a lot more value.”

Media companies have gotten used to feeling dwarfed by the global scale and might wielded by platforms. But a number of state governments are trying to change the balance of power in digital media through legislation.

Late last week, Maryland’s house and senate passed a veto-proof bill that would impose a new tax on digital ads served inside the state. The tax rate differs depending on who’s paying. On the low end, companies that generate between $100 million and $1 billion in global ad revenue each year will pay a 2.5% tax. On the high end, companies with annual ad revenues exceeding $15 billion will pay a 10% tax.

A number of platform-funded special interest groups will likely challenge the bill in court, but Maryland may not be the only front they have to fight on. Here’s a primer on similar bills in other states. — Max Willens

New York (Senate Bill 1124)
In January, New York lawmakers reintroduced a bill nearly identical to Maryland’s, with taxes on digital ads ranging from 2.5% to 10%, depending on the annual global ad revenues of the company selling them.

A separate bill, House Bill 1572, would impose a flat fee of $5 per Indiana user. (For reference, Indiana’s population in 2019 was 6.7 million, according to U.S. Census estimates).

Oregon (House Bill 2392)
Any company that sells an Oregon resident’s personal information, including, but not limited to , heir email address and IP address, would receive a 5% tax on the sale. Similar to California’s California Consumer Privacy Act, the bill takes a broad definition of sale to include “exchanging personal information for consideration other than cash or cash equivalents,” which seems to mean using the information to sell targeted ads.

First passes
The bills up for debate only tell part of the story. Legislators in a number of different states and Washington, D.C., proposed ad taxes that never wound up seeing a vote, though the interest suggests that future legislation could come up.

94.9 million: The number of subscribers that Disney+ accrued by the beginning of 2021, approaching the halfway point of Netflix’s 203.7 million customers.

$630 million: Tribune Publishing’s valuation following Alden Global Capital’s agreement to buy out the rest of the company, of which it already owns a 32% stake in.

3 Questions with The Economist’s Bob Cohn

The Economist is assembling a growing podcast portfolio. On Feb. 15, the publisher premiered “The Jab,” a weekly series focused on the global coronavirus vaccine rollout. The show marks The Economist’s six podcast series. Its five existing shows draw in 3 million unique listeners and 25 million downloads each month, according to The Economist president Bob Cohn. — Sara Guaglione

Why are podcasts a valuable format for The Economist and its audience, and what does the company gain by investing in this space?
It’s not only to reach our existing audience and audience types. Podcast listeners tend to be a little bit younger on the whole. If we can reach younger people and bring them into The Economist family, then it’s part of an overall goal of using our podcast business to acquaint people with The Economist and ultimately become subscribers. From a revenue perspective, podcasts play two roles for The Economist: sponsorship and advertising revenue. We also believe that having more people listen to The Economist’s podcasts means they will fall in love with The Economist’s journalism and become loyalists to the brand and lead to more subscribers.

What is The Economist doing to increase podcast revenue in 2021, and is this a main goal for the company or are you experimenting in this format and hoping for successes along the way?
Podcasts are a small but growing portion of our overall revenue, and we do expect that to continue to grow. We are adding to our existing portfolio. We are monetizing the shows with advertising as we try to grow the business. Our podcasts are free, and we believe that they contribute to overall awareness and drive subscriptions.

With so many podcasts launching left and right, how will podcast shows like “The Jab” draw in listeners, and how does it fit into The Economist’s overall product strategy?
The COVID story is one that we think is especially suited to our journalism. It’s a multidimensional topic that ranges across science, health, politics, business and culture — and that’s also where we range. We have a real ability to connect the dots and think horizontally around the story. Podcasts fit into our product strategy because we are eager to meet our readers and our listeners where they live. Some of them live in a hammock with a magazine each week, some want to scroll through their phone while waiting in line at a grocery story or some want to go on a run or cook dinner while listening to a podcast.

After 18 months in the oven, Forbes’s first party data play hits the market:

Why ESPN decided to put some of its top writers behind the ESPN+ paywall:

How a proposed antitrust law could rein in tech platforms with ‘long overdue’ enforcement money:

Esports orgs borrow from the media owner’s playbook in search for new revenues:

Why Tegna is making a bet on its fact-checking vertical Verify:

Even with expansion into other categories, Crooked plans to keep things political:

With Forte, Vox Media looks to drive a majority of display revenue with its first party data:

Facebook is shutting off the news in Australia:
The Australian government wants Facebook to pay news publishers for distributing their articles and videos, but Facebook doesn’t want to do that. So instead the platform has decided to stop distributing Australian news publishers’ content to anyone and any news publishers’ content to Australians, Facebook announced on Feb. 17. Facebook’s argument seems to be that it’s willing to pay some news publishers — as it’s already doing through Facebook News — but that it doesn’t want to be told which news publishers to pay or allow regulators a say in how much publishers should be paid. The Australian lawmakers’ argument seems to be that Facebook — and other platforms including Google — has too much power and needs to be legally bound to ensure it negotiates with publishers in good faith. Considering Facebook’s willingness to walk away from the negotiating table altogether rather than strike deals with Australian news outlets as Google is doing, the lawmakers may have a point.

Google is paying for news in Australia:
Google threatened to leave Australia just a few weeks ago, following the prospective legislation that would force platforms to pay media companies for the news published on their sites. As of this week, however, the legislation looked as though it was expected to pass and the company began coughing up money to media companies, including two in recent days worth tens of millions of dollars a year, The New York Times reported. For years, publishers have claimed that they were not being fairly compensated for articles and content that generate ad revenue for platforms like Google and Facebook with little impact. This deal shows what the power of government intervention can have in changing the narrative of these relationships.

Gannett and McClatchy are selling ads together:
Gannett’s USA Today Network and McClatchy are combining their local newspaper markets to sell national advertisers on local media, something not commonly done, Axios first reported. Their combined footprint will give advertisers a way to reach more than 300 local communities through a single ad buy. The USA Today national sales team will lead the go-to-market strategy for both companies, as well as take the lead on pitching clients and agencies about the new partnership.

iHeartMedia buys $230 million worth of audio ad tech:
iHeartMedia Inc. is buying E.W. Scripps Co.’s Triton Digital for $230 million, according to The Wall Street Journal. This deal will give the radio company, which first began its investment into growing its podcasting business in 2018 with its acquisition of Stuff Media LLC., a full tech stack of audio advertising and measurement tools. Those tools will provide distribution for digital-audio streams and podcasts as well as the capability to insert ads based on who is listening. Triton Digital also runs a digital ad marketplace that uses automated technology that will help iHeartMedia’s streaming audio service iHeartRadio to expand its ads to smaller, self-service ad buyers.

This article has been updated to reflect that the two roles podcasts play for The Economist revenue-wise are contributing sponsorship and advertising revenue as well as creating a path to acquire subscribers.