Media Briefing: A Q&A with The Atlantic’s Nicholas Thompson 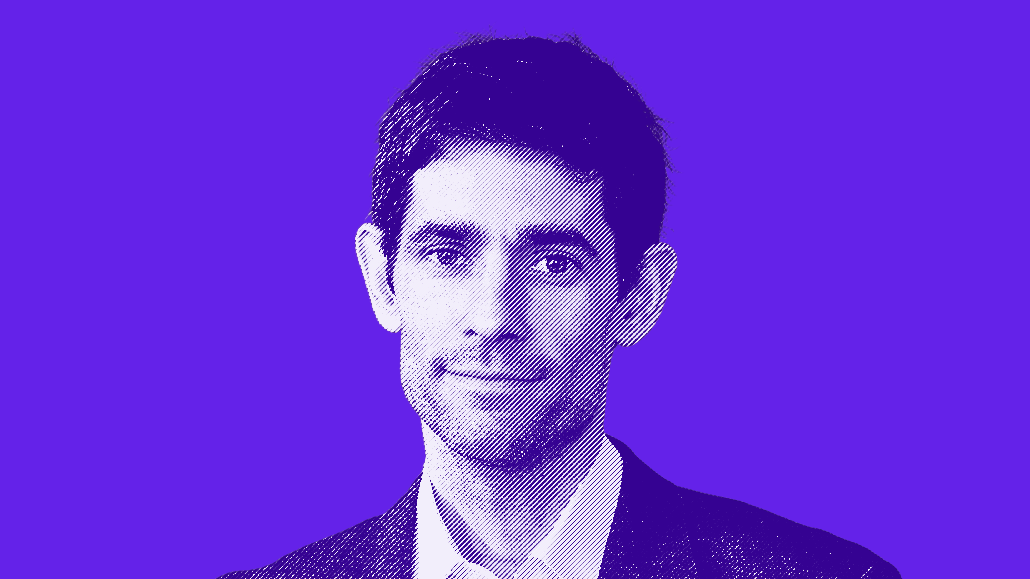 In this week’s Media Briefing, media editor Kayleigh Barber interviews The Atlantic’s Nicholas Thompson about the state of the publisher’s subscription business.

Two-and-a-half years since The Atlantic launched its paywall, the publisher is still learning about its audience and people’s propensity to subscribe — including by testing a registration wall — according to the company’s CEO Nick Thompson. The urgency for that education seems to be as high as ever, given the stumble publishers have seen with their traffic and subscription businesses lagging in the post-Trump era.

The Atlantic has been spending the spring running tests against about 50% of its traffic in an effort to strengthen its consumer revenue business and turn it into a $50 million revenue stream, according to a company spokesperson who did not provide a definitive timeline for achieving this goal. So far the biggest focus of those tests is figuring out how to prevent or delay the churn process without adding friction to the process of unsubscribing, which goes against its philosophy of “if you want to cancel, make it easy to cancel,” Thompson said.

The rapidly changing news cycle seems to have helped to mitigate subscriber churn. For example, the Ukraine-Russia war kept subscriptions steady despite a decline in traffic. From March 2021 to March 2022 – a stretch that saw the pandemic ebb then intensify with the delta and omicron variants and has been capped with the Ukraine-Russia war – The Atlantic’s traffic fell 12% year-over-year from 24 million unique visitors to 21 million, according to Comscore. And according to The Atlantic, the company ended 2021 with 833,000 total print and digital subscriptions – 500,000 of whom are digital subscribers – which is approximately on par with the number of subscribers the site had mid-way through 2021, Digiday previously reported. The company would not disclose current subscription totals.

Additionally, publishers like The Atlantic are seeing an opportunity to redirect subscribers to adjacent, less news-focused content to get them to resubscribe but also to collect more contextual data about their interests and behavioral data to reveal a clearer picture of who they are.

In a conversation with Digiday, Thompson spoke about how having two years worth of subscribers at the pivotal point of renewing or unsubscribing and how it has been critical for both learning about the subscription business, as well as in gathering first-party data about readers. – Kayleigh Barber

The following conversation has been lightly edited and condensed for clarity.

You mentioned before that you were spending March and April running a lot of tests and trials in your subscription business. For the tests that your team is currently running, how are you segmenting the cohorts into test groups?

Are there any noticeable differences between the cohorts and how they interact with The Atlantic or their propensity to remain subscribers?

As far as we can tell, all of the cohorts behave the same with one exception and that is people who subscribed right when we launched the paywall are vastly more loyal. I think there’s an easy explanation for that, which is they’re people who may have subscribed to The Atlantic for 20 years and they saw the announcement and they were thrilled. So they have the lowest churn rate.

We were worried that people who subscribed at the peak of the 2020 election, that they’d be less loyal [and] were there for politics, they were there for Trump, and once we stopped covering Trump to the same degree we had before, they would leave us. And it turns out they don’t – they re-subscribe at the same rate. So we’re very grateful for that.

What is the average churn rate for your subscription product currently?

The churn numbers, of the 25 various metrics I look at quite regularly, are probably the steadiest, which was a little surprising, but it is extremely steady. We have a 75% retention rate [and a 25% churn rate on average]. But it’s a little complicated, because we’ve been messing with how exactly it’s calculated like, what about the churn rate of gift subscriptions, which we weren’t sort of calculating properly beforehand? We’ve made a bunch of data changes so the number actually fluctuated a bit, but once we corrected all the past data, then it totally flattened out.

We’re now two-and-a-half years into our paywall experiment, and so every month, you have two years of potential subscribers to churn, and so the number of people you have to bring in to keep your numbers growing goes up. When you’re [in your] first year, no one is churning, so everybody you bring in [your total subscriber base] goes up. In your second year, you have one year of people churning and in your third year, you have two years of people churning. The mathematics of the business as you get deeper into it get a little more complicated.

What role does the subscriptions business play, if any, in your first-party data strategy?

We have a first-party data strategy that encompasses our live events, our advertising, our consumer business and our data science team. And so as much as possible, we’re sending out surveys and collecting first-party data that can be useful across all these categories. We’re doing it [as] privacy-focused as possible, so we’re measuring not who you are [but] what you do. We’re not taking precise geographic location data, we’re not checking your race – we’re checking what stories did you click on? How many stories did you read? We’re asking questions along those lines. So far we’ve been extremely pleasantly surprised by the response data, by the open rates [and] by the number of people willing to answer the surveys.

So are you not interested in using a subscriber’s email or physical address to improve first-party data?

In the general subscription workflow, we do care a lot about getting someone’s email – we’re testing out a registration wall where you have to [give] us an email to read a story [and] we’re figuring out whether that’s a strategy we want to pursue. We care a lot about newsletter sign-ups and promos, but we’re not taking people’s names and cross-referencing them for the sake of advertising. That’s a different workstream. What we are going to do is by generally studying behaviors across different content types, use that information to figure out how to serve newsletter promotions, for example.

We’re not going to take your email, cross reference it with your credit card data and serve you an ad, but we are going to look at people who browse our culture stories, see their propensity to sign up for newsletters and then determine whether we’re going to put more newsletter sign-ups on future culture stories.

I should also add we are continuing to run a whole bunch of tests. We’re running the [registration wall] tests that I just mentioned; we’re testing different meter heights; we’ve been testing trial offers and we’re starting to get data back. We have determined that trials are a very good thing to use for lots and lots of people, so we’re going to keep running trials.

Who is getting targeted with the surveys, and are you giving advertisers the ability to buy a survey to use as a focus group-type data-gathering opportunity?

We’re not asking the kind of questions that [could be built] into a trend survey or an Edelman Trust report. We’re not asking that kind of question, like, “Do you have faith in the government?” But we are asking, “what is your job,” and building segments advertisers obviously like. The reason you’re advertising in The Atlantic is because of the brand association because we have awesome readers, and so being able to prove the number of highly engaged people who are potential customers is really valuable to us with our advertisers.

What’s been the most illuminating finding from the tests that you’ve run so far in your subscriptions business?

We’ve studied the exact moment to send people an email to make sure that they want to stay engaged, because if somebody subscribes to The Atlantic and doesn’t read it for a while, and then they get a subscription notice, obviously they’re not going to re-subscribe. But you don’t want to tell them one day before they have to re-subscribe – you tell them 80 days before, you tell them 30 days before. So trying to identify when the right moment to re-engage dormant subscribers has been an effort, and I think we’re still trying to figure out the exact moment.

The Economist and the FT have new mobile app subscriptions, but will people pay for it?

In the past month, The Economist, the Financial Times and The Guardian have ramped up their subscriber pushes – particularly on mobile, where people can access some of the publishers’ content for lower prices than online.

The subscription apps are being offered as an option for readers who do not yet subscribe to the publisher but may be more willing to pay a lower fee for access to some content, curated and packaged up in one place for an “edition-based” user experience, which has contributed to the boom in email newsletters, said Justin Eisenband, a managing director in FTI Consulting’s telecom, media & technology industry group.

Overall, the FT, The Economist and The Guardian each have over a million subscribers. But as publishers’ subscription bases grow, “the rate of new customer acquisition is slowing” while the pool of people likely to convert narrows, said Arvid Tchivzhel, managing director of the digital consulting practice at the Mather Economics firm. The question then becomes “how do you get those lower engagement readers to pay?” Eisenband said.

While these apps may provide what Eisenband called a “good product user experience,” whether people will pay for them remains to be seen (The New York Times tried it in 2014, and didn’t succeed).

The previous iteration of the Espresso app had around 200,000 active users per week (which includes Espresso subscribers as well as Economist subscribers who get access to the app), Economist president Bob Cohn said. The risk, according to the two media consultants Digiday spoke with, is “cannibalization.” If you’re not careful, “going down market sometimes cuts you off at your ankles,” Tchivzhel said. Publishers have to work out if charging a few bucks less for a skinnier product won’t lead to readers who may have been willing to sign up for the pricier subscription choosing the cheaper option instead, lowering the average revenue per user. – Sara Guaglione

~$12 million: How much money publishers have made by selling NFTs.

Why TikTok creator Kris Collins takes a scripted approach to content and doesn’t rely on popular trends to gain followers:

How media companies are handling the return to office – post mergers:

Facebook’s podcast pullback:
A year after pushing podcast producers to put their shows on its platform, Facebook is pivoting their attentions to the metaverse and commerce, according to Bloomberg.