The story behind that New Yorker tote bag 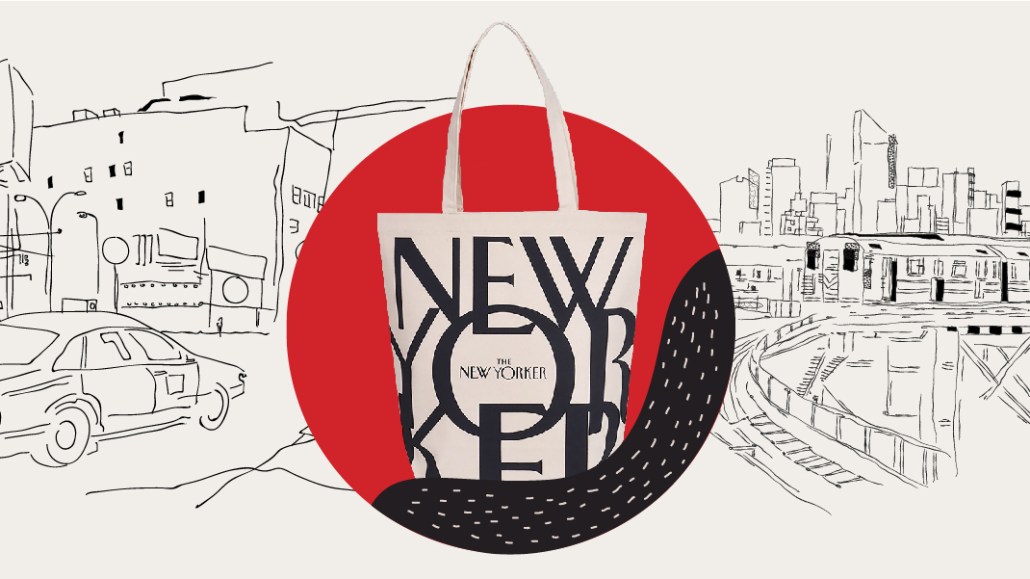 The must-have signifier of urbane sophistication in 2017 wasn’t Yeezys or torn jeans. It was a tote bag that The New Yorker gives to new subscribers.

The bag itself isn’t new — it’s been a gift the glossy has given out since 2014 — but thanks to Donald Trump and an iconic design, the bag became a hit. The magazine’s marketing department has distributed over 500,000 of them to new subscribers and existing ones, who soon started asking for bags of their own.

A special occasion
“We knew we were going to launch the paywall, and we knew we wanted to have something special. We told [designer] Wyatt [Mitchell] we wanted a tote bag. That was really the only direction we gave.”

“I loved it from the start. We had a bit of a debate if the design was going to be one side or if it wrapped around. I think my initial reaction was one side, and I’m so glad I got vetoed.”

“I’ve been at Condé Nast for almost 20 years, and I’ve never seen anything like this.”

“I’ve been traveling a lot personally, and my new game is, ‘How long will it be before I see a tote bag?’ In Berlin, it was day three. In Dublin, it was 24 hours. No matter where I go, I tend to see at least one.”

Growth began slowly
“It was in 2015 when I got my first email from a current subscriber asking for one. I don’t remember where [the subscriber] was from, but it was definitely an indication that something was going on.”

“If they reach out, they get one. But up until last year, it was something we only gave to U.S. subscribers. The Canadian and international subscribers were getting annoyed. There’s a greater cost sending it outside the U.S., but it’s worth it to us.”

“We definitely have seen the Trump bump have an effect — we had our highest month ever in January ’17 — but I was seeing the tote bag even before.”

“I don’t think there’s any pressure [to top it]. It’s a nice perk, but I don’t think people are coming to The New Yorker to subscribe just for the tote bag.”