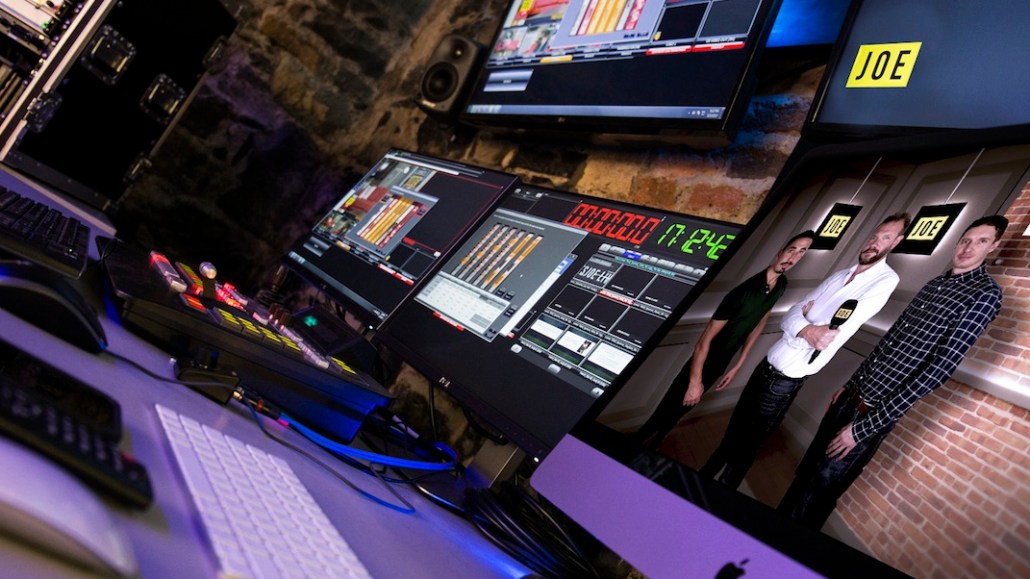 Joe Media U.K. is jumping into podcasting with three podcast series this month.

The most fully-formed is a weekly hour-long interview series called “Unfiltered,” where presenter and journalist James O’Brien interviews figures from sport, politics, music and entertainment. In the works is also a weekly football podcast series and a weekly entrepreneurial podcast series, both around the one hour mark and distributed across platforms including Soundcloud, Stitcher and iTunes.

Joe Media’s monetization model is to create a product, like a weekly Facebook Live show, and get one brand on board as a sponsor. As yet there are no brands signed up to sponsor these podcasts, said Niall McGarry, owner of Joe Media parent company Maximum Media.

“You make better money long term off the back of a good product, we’re not answering to private investors so there’s not the pressure to be overly profitable,” he said. “We’re happy to wash our own face and give people the product they want.”

While McGarry said it’s unlikely that “Unfiltered” will sign up a sponsor, he’s expecting it to pull in weekly listeners of up to 50,000 in the first four months, with weekly listener numbers reaching a quarter of a million in the longer term. “The podcast market is still embryonic in the U.K.,” he said.

“Unfiltered” presenter James O’Brien has been credited with making radio go viral after short video clips of his radio shows have notched up millions of views on Facebook. Joe Media will also distribute the full podcast episodes on its YouTube channel, where it has 38,000 subscribers, and chop up the best moments to market the podcast on Facebook, where it has 4 million followers, and Twitter. Sponsored brands will also have exposure here.

This is part of Joe Media’s growth as a distributed media company. A frivolous one-minute long compilation video of TV presenter Richard Madeley can sit happily alongside a four-thousand-word article on gender equality or an hour-long podcast interview on politics. “Humans are more rounded individuals, it’s not just banter central,” said McGarry. This also offers more breadth for advertisers.

Joe Media is currently building its fourth studio to cater for more audio programming. The U.K. operation has 50 employees, currently on LinkedIn it’s advertising for an audio editor and a creative director plus three other roles, McGarry estimates the headcount will reach 80 in the next six months.

This year McGarry estimates the company will turnover about £3 million ($3.9 million), roughly four times what it brought in the previous year, and it has been “modestly profitable.” Programmatic is a growing part of its revenue, 70 percent comes from branded content. Of next year’s turnover, which McGarry is estimating at roughly £12 million ($15.5 million), audio will be 15 percent.

While in Ireland this year’s turnover is predicted to be €8.5 million ($10.1 million). Growth has been quick: In May Maximum Media was number 250 in the Financial Times’ list of Europe’s 1,000 fastest growing companies by revenue.

Joe Media has two podcast series in Ireland, with several more planned for launch. “The GAA Hour,” featuring interviews about the Gaelic Athletic Association has been sponsored by Allied Irish Bank for the last two years. It’s hoping to repeat this success in the U.K.

“Advertising is bought locally,” points out McGarry. “We’re creating podcasts for a British market, we’re not going global, that’s not necessarily what a podcast strategy should be. We want to be as big as possible in Britain, brand budgets will come from ad agencies in Britain, they won’t pay for listens around the world.”