Best of the week: Local publishers warm up to the duopoly as Facebook errs again 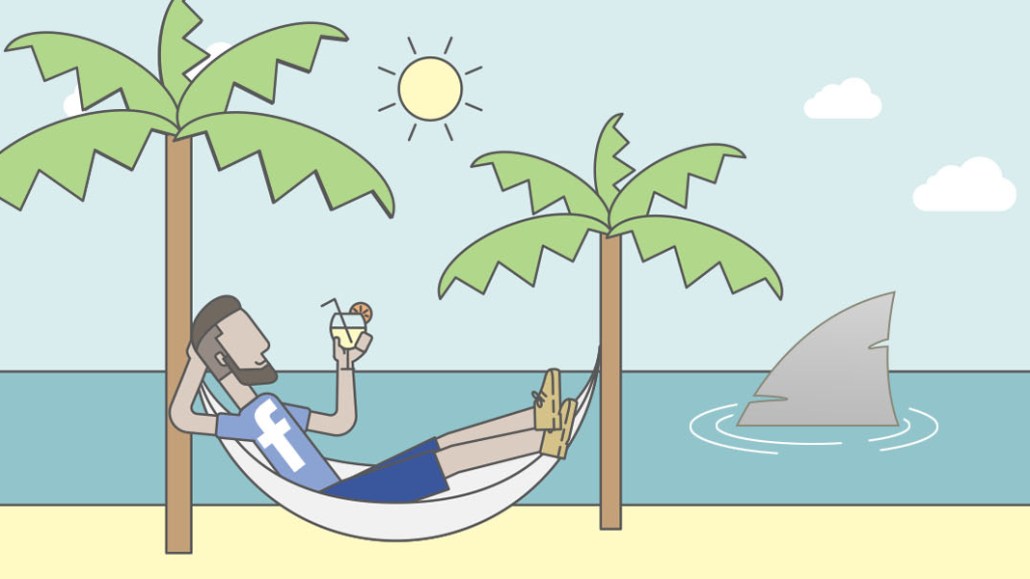 This week’s top stories covered Facebook’s latest misstep, the duopoly’s relationship with local publishers and more. As always, a full list of the stories appears at the bottom.

Facebook draws fresh ire
In the middle of upfronts, Facebook announced yet another measurement error. This time, the platform miscalculated how often users clicked through its carousel ad units. Facebook claims just 0.04 percent of its ad impressions were affected.

But ad buyers are understandably annoyed. After all, the platform has flubbed 10 times since September. We asked some to anonymously rate the errors.

The duopoly courts local publishers
Discontent doesn’t characterize everyone’s relationship with Facebook. The platform and Google are having a bit of a honeymoon period with local news publishers.

The duopoly has attempted to strengthen bonds with local publishers in the past year. Google doubled the number of trainers for local newsrooms that it funds through a Society of Professional Journalists partnership and has planned a similar program with Poynter. The Facebook Journalism Project has involved a local listening tour to U.S. cities. Both platforms have a more regular presence at local news association gatherings.

“We are having a little bit of a moment in that all the big platforms have woken up to the power of local,” Patch CEO Warren St. John said.

Of course, this isn’t pure goodwill. A healthy local news ecosystem is in the duopoly’s best interest. The platforms could change their priorities anytime. Stay tuned: This relationship could take a dysfunctional turn.

Publishers explore ways to diversify revenue
With the duopoly swallowing most of the ad dollars, more publishers are pursuing alternatives to advertising to make money. Here’s what three are trying:

Condé Nast’s subscription boxes: The company is expanding the box model it developed with Allure to its other titles. In June, GQ will debut a grooming box, becoming the fourth title to start a box in the past year. The upside: Boxes can help shore up print circulation, drive e-commerce revenue and deepen relationships with advertisers and other marketing partners.

To encourage betting through its platform, Sun Bets has produced videos for fantasy football and horse racing events like Cheltenham Festival. The publisher said it experienced “a highly significant increase” in its average weekly run rate during Cheltenham.

BI Insiders: Business Insider is adding a 15,000-person proprietary research panel, BI Insiders, to BI Intelligence, the research unit it formed in 2013 to get direct revenue from readers. In three years, BI Intelligence has garnered 7,500 subscribers. The panel’s addition bumps the subscription cost from $2,500 to $3,000. (Institutional, enterprise-level accounts cost up to $150,000.)

BI will query the panel, which contains millennials, Gen Xers and baby boomers, to further research efforts. One recent example occurred when BI used the Insiders to gauge their trust in a variety of platforms following a spate of stories about advertisers worrying about platforms’ brand safety. Most of the information gleaned ended up in a subscribers-only report less than a week later.