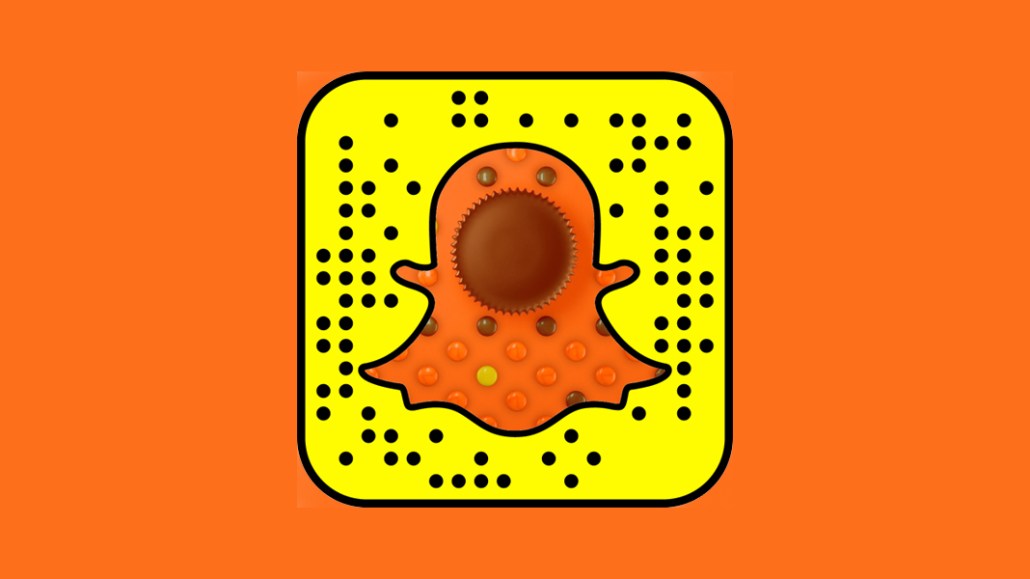 Hershey-owned Reese’s Peanut Butter Cups is ramping up its marketing game before the holiday season. The brand lately introduced a Pac-Man themed game on Snapchat to reach young candy lovers who typically don’t use Facebook or watch TV.

Reese’s creative agency Arnold Worldwide came up with the game concept and mobile company TreSensa developed the game. As of writing, Snapchat users have swiped up more than 450,000 times to play the Reese’s Pac-Man game and spent an average of around 1.5 minutes playing the game, according to Reese’s.

“The concept really started from an online video featuring Pac-Man we launched in the spring of this year,” said Noelle Perez, senior manager of global market and digital advancement for The Hershey Company. “Interactive gaming is a new territory for us. Our goal is to explore and understand gaming opportunities with our brands and learn from these experiences to innovate.”

Gaming is an area that many brands haven’t figured out yet, according to Steven Molinari, senior marketing manger for Arnold Worldwide. He thinks that the Reese’s Pac-Man game not only fits naturally into the user’s experience, but it’s something that people actually want to engage with because it doesn’t feel like an ad.

Reese’s first considered Facebook for a mobile gaming experience. The platform suggested Reese’s should develop a bot for Messenger, but Reese’s was not ready to do that given its internal technical capabilities, according to Perez. “Facebook is a great partner but we also want to establish new relationships with competitive vendors against Facebook,” she said. “Snapchat told us that around 35 percent of its 173 million users are not on Facebook, and 95 percent can’t be reached on linear TV.”

Snapchat is making a progress in measurement, and marketers are taking notes. Perez said that so far she is satisfied that Snapchat is able to provide measurement on conversion and brand effectiveness. The former is conducted by Datalogix, which can measure and attribute sales increase based on people who played the Reese’s Pac-Man game; while the latter is a third-party study conducted by Kantar-owned research firm Milllward Brown to measure awareness, message association and purchase intent lift against the campaign, said Perez.

“Since Snapchat is not cheap, I’m not going to walk away with nothing,” she said. “These are typical research measurement studies in the digital space for online campaigns.”

Although neither Reese’s nor Hershey has a corporate account on Snapchat, Perez said that her team wants to invest more on the platform, and is very interested in new opportunities like Snapchat’s augmented reality lenses that let users place 3D objects in their Snaps.

“Generally speaking, we are looking at virtual reality, AI and bots,” she said. “We haven’t talked to Snapchat about the 3D ads but we are definitely interested. But at the same time, we want to make sure that an investment there makes sense for our brand.”