Brands use workarounds to be found on Snapchat 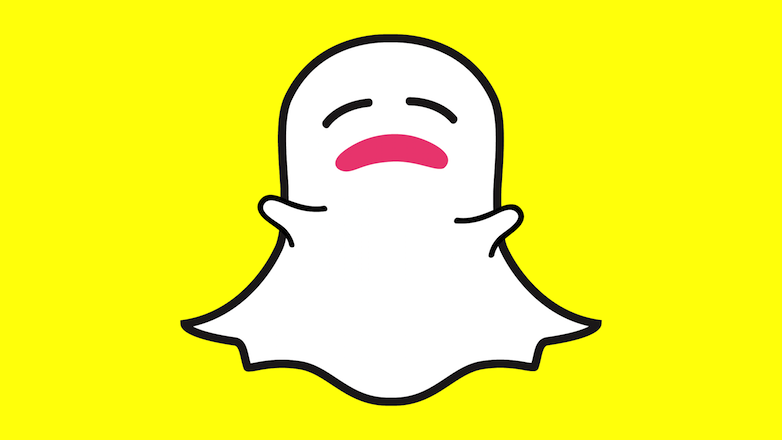 For its new “101 Days of Because Summer” campaign, Malibu is, to use an old phrase, “killing two birds with one stone.” The Pernod Ricard-owned rum brand is not only promoting its Snapchat channel on Snapchat but also on Facebook and Instagram. The ad — featured in Instagram Stories and as a sponsored post on Tasty’s Facebook page — features a Snapchat code and encourages viewers to “Snap to Unlock” to view more content.

This type of cross-promotion is one way brands are working to circumvent the issues they have with being found, or their branded content being found, on Snapchat, which, unlike on other platforms like Instagram, Facebook or Twitter, a user needs an exact username to search for a brand.

“The discoverability of a brand within Snapchat is very low right now, and that’s something that marketers are struggling with,” said Stephen Boidock, director of marketing and business development at ad agency Drumroll. Followers, he said, simply cannot reach branded content on their own. “Snapchat has always prided itself on being exclusive,” he said. “It’s the very reason why users love it and brands struggle with it. It’s no surprise that the company just dipped below their initial IPO stock price of $17 for the first time since going public.”

Because of this, cross-promoting on other social channels has almost become a necessary means to bring in followers to a brand’s Snapchat profile. “Brands are doing this consistently,” said Justin Rezvani, founder and CEO of TheAmplify. In fact, Rezvani works with a client on cross-promotion. “It works to diversify your audience and get more eyeballs,” he said.

Platforms have not been as open to the idea. They have been known to pressure brands into not broadcasting other social channels, according to sources. Last year, Twitter discouraged brands from using Snapchat links, Instagram stopped allowing brands to place a Snapchat link in bios and Facebook’s Messenger no longer supported Snapchat links. It seemed as though publishers were beginning to begin feeling the pressure. Mic and The Huffington Post both removed their Snapcodes from their profile pictures. Rezvani points out the issue—“They don’t want attention moving to another place,” he said. “CNN doesn’t want people to move to NBC tomorrow. Same concept.”

Yet, brands continue to cross-promote their Snapchat channels on social networks. After all, Facebook, Instagram, Twitter, YouTube and Snapchat do not have any policies set against brands taking this approach. Boidock believes the platforms care more about the advertising revenue they are bringing in than policing this kind of activity. “The reality is that they are far more concerned with advertising dollars,” he said. “When those start to migrate to other channels, you’ll start to see some unhappy campers.”

This is not the only way brands are working the Snapchat system.

Yes, cross-promoting on social can work, said Jeff Roach, president and chief strategy officer at independent creative agency Schiefer Chopshop. But he said that rather than simply slapping a Snapcode on an Instagram or Facebook feed, a brand should offer an exclusive gift to the consumer that would make them want to jump ship — well, at least for a little while. “The first look of a new product, exclusive video drop or an offer such as a digital discount code only available in Snapchat drives audiences into the platform,” he said.

Schiefer Chopshop has worked with a number of brands on tactics to help them skirt discoverability issues on the platform. Last week, for instance, the agency launched a game in Snapchat for Boost Mobile called “Galactic Thunder Pony.” To get people to the game, the agency created Snapcodes on out-of-home ads in subway stations to drive users directly into the digital experience.

Another tactic the agency considers, said Roach, is developing partial stories that begin on one channel and continue in another. For instance, a brand might start an experience on Instagram that promotes its Snapchat channel to redirect followers to Snapchat to finish the experience. Sometimes, a brand will attach promotional rewards to encourage engagement from one platform to the next, he said.

Snapchat itself has recently released new ways for users to discover brands in the app.

At the end of June, Snapchat introduced Snap Map, a way for users to zoom in on a map to discover the Snapchat Stories in a particular location. Zoom in on New York City, for instance, and a user can find specific events highlighted. Marketers see a lot of potential with this for location-based marketing. “If a brand is going to have a big event, like they were hosting a concert at the Rose Bowl and they want people to engage with it and they want to promote it, [Snapchat] would be a nice way to have people engage with it,” said Matt Britton, CEO and founder of agency Crowdtap. The platform may already be working with a few brands to promote their events. For instance, Daybreaker, a brand that puts on yoga and dancing events in U.S. cities, had its silent disco at Westfield World Trade Center on July 12 spotlighted as a “featured” event, and the stories from the dancers played on rotation all day on the platform.

This week, Snapchat has also introduced a feature called Paperclip, which allows brands to link out to external pages, something brands have long wanted to do. “Out of everything, the Paperclip feature is the biggest win for brands,” said Joey Neal, chief experience officer at The Burns Group. “Being able to link out to other web properties really helps.” Brands are already jumping on it. IKEA, along with ad agency MEC, launched one of the first campaigns on Tuesday that uses the new feature. Google has also already used the feature to promote its Pixel phone as part of a video ad that includes a buy button. Users can swipe up, tap on a buy button and choose from four vendors — Verizon, Google Store, Project Fi or Best Buy — to purchase the Pixel outside of Snapchat.

Not only does Paperclip offer a deeper brand experience, said Noah Mallin, senior partner and head of social at MEC North America, it allows marketers to track click-through rates, proving a return on investment. “A program like this shows real impact,” he said. Still, the feature doesn’t necessarily solve the platform’s discoverability problem, Boidock said. “Paperclip is a great step to get people to find a branded experience internally,” he said, “but you have to get people there first to even experience that.”