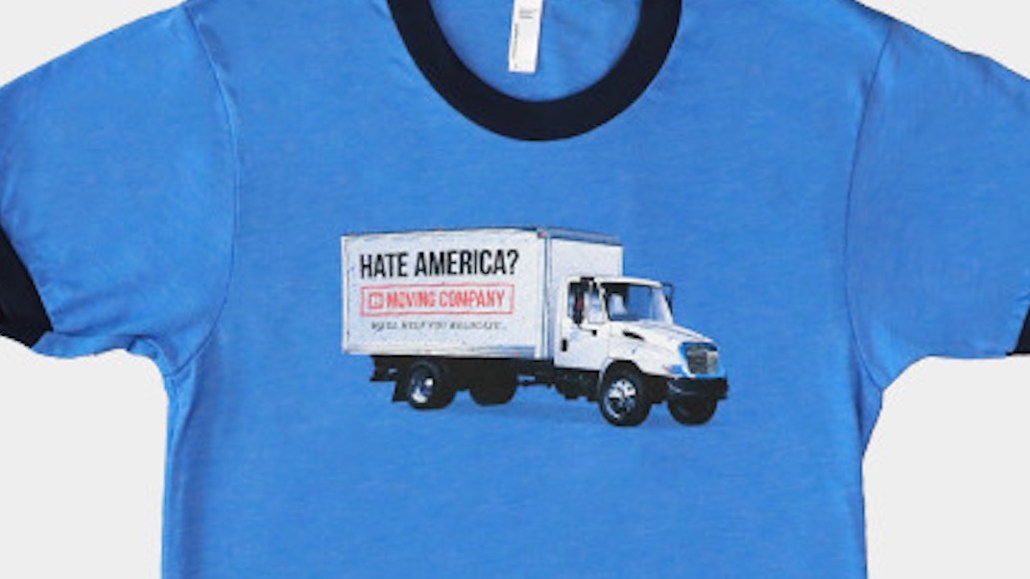 First they popped up on Breitbart; now here comes Milo. While brands are busy “blocking” Breitbart News from their media rotations — under pressure from social media — their ads continue to pop up in other, potentially worse, places.

Yiannopoulos.net, the website of former Breitbart senior editor Milo Yiannopoulos — who gained notoriety for his hate-stoking alt-right sympathies, anti-gay comments, race-baiting (which got him banned from Twitter) and a video in which appeared to be an apologist for pedophilia — features ads from major brands, including Allstate, which has blocked Breitbart. Programmatic strikes again.

The Allstate ad appears all over the site. When its ads appeared on Breitbart, the brand sent a comment to those complaining that, “Unfortunately, the nature of internet buys is such that we are unable to receive full disclosure with regards to all of the websites on which our advertising may run,” but said it would block the publisher going forward.

Allstate is in an increasingly familiar pickle. The complicated nature of programmatic advertising means brands, regardless of how much they talk about brand safety scales, can never quite be sure where their ads end up. Allstate did not respond to a request for comment at press time, but we’ll update the story if they do. 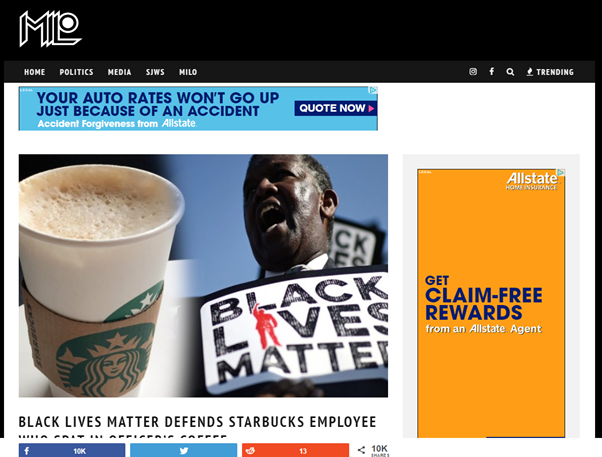 Phil Cowdell, president of m[Platform], GroupM’s team for data and technology, said the issue is that blacklisting and whitelisting certain sites — both popular, if complicated, tactics to ensure ads don’t appear where brands don’t want them — only work when brands do publisher direct advertising. But once the ads go through into the exchanges, it’s basically impossible to monitor. Ultimately, it’s on the end-vendor to actually block things. And often, they don’t.

As Digiday reported earlier this week, agencies can do their part in lobbying exchanges to stop placing ads on Breitbart. Brand pressure alone won’t be enough, even in spite of mounting social media outrage from activists like Sleeping Giants who are focusing on making the brands block Breitbart.

For Cowdell, the issue is much more complicated. Impressions on sites like Yiannopoulos.net or Breitbart are so low that it shouldn’t be enough to really be a problem. But in “the age of the troll,” it ends up being one, said Cowdell. Much of the attention on sites like Breitbart has been driven by those on social media calling for boycotts, with brands and agencies caught in the crosshairs — and often cavingto that pressure.