A year after its rebrand, Meta forges new bonds to shift its VR strategy beyond the social advertising era 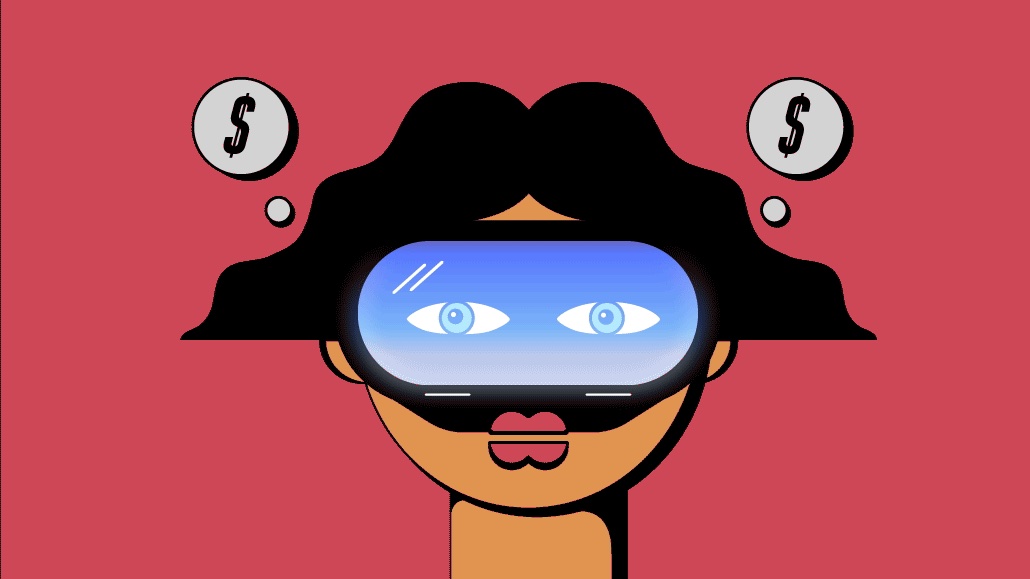 When Microsoft surprised the tech world during the 1997 Macworld expo by partnering with the then-flailing Apple, it spurred the start of a major turnaround. Now, 25 years later, Microsoft is a key part of Meta’s big metaverse bet as the struggling social network looks to find enterprise clients to replace slowing revenue growth from advertising.

Since acquiring Oculus in 2014 for $2 billion, Facebook has increasingly touted its vision for VR as a new social network, but also as a way to play games, exercise and watch a range of other content. However, Nadella’s guest appearance — in addition to other newly announced partnerships with enterprise giants such as Accenture, Adobe and Autodesk — are all interpreted as signals for how Meta hopes to reinvent itself to rely on more than social advertising.

Microsoft plans to make Microsoft Teams and Windows 365 available in Meta headsets and also provide cloud support from Microsoft Intune and Azure. Autodesk is adding ways for architects and designers to review 3D models. Adobe is working on tools for creators to design in 3D and also has plans for Adobe Acrobat users to collaborate on PDFs. Accenture is developing new techniques to help engage with customers and employees in VR.

“[Meta’s] partnership with Microsoft was particularly notable because it signaled a tangible step towards an interoperable metaverse,” said Forrester analyst Mike Proulx. “This can only happen by more companies openly working together. But make no mistake, Meta has baggage to shed and it’ll take lots more actions like this to earn some of their lost trust back.”

It’s now been nearly a year since the company formerly known as Facebook rebranded to become Meta. Last October, the change was seen as not just a nod to its new focus on the metaverse, but also as an attempt to redirect attention away from ongoing concerns about data privacy and content moderation. Since then, the company’s stock price has been cut in half while advertising revenue has eroded from a combination of Apple’s privacy changes and ongoing economic uncertainty. Earlier this year, the company said Apple’s privacy changes could cost it $10 billion in 2022. (That’s the same amount it lost last year from metaverse-related spending.)

Can Meta grow revenue from its VR ambitions fast enough to offset the slowing ad revenue from Facebook and Instagram? That’s the “billion-dollar question,” according to Anshel Sag, an analyst at Moor Insights & Strategy, who also pointed out that Meta is trying to get ahead of whatever headset Apple could soon announce.

“Meta’s increased investments in VR, AR and the metaverse come at the worst time for the company financially,” Sag said. “But I believe that the company knows that it may take some pain in order to establish itself in a new market if it is, in fact, too early … Meta does not want to miss the next platform and it is showing that it is willing to take the deliberate innovation and time it takes to get there as early as it can.”

The pivot to enterprise

There is money to be made if Meta can drum up interest in everything from VR and AR experiences to 3D objects. Some startups say developing AR and VR projects can cost between $50,000 to several million dollars depending on the size and scope. Meanwhile, turning objects into 3D renderings can cost several hundred dollars each and beyond $1,000 if they’re more complex, according to Jonathan Cheney, founder and CEO of Ocavu, a startup that works with companies on enterprise AR and VR projects.

When — and whether — that might add up to the billions in revenue to rival the piles of money Meta currently makes from advertising might still be a few years off. According to Gartner, 10% of workers will be using virtual spaces on a regular basis by 2025, up from just 1% this year. According to Gartner analyst Tuong Nguyen, VR headset growth for enterprise use should grow in the next three years, but consumer adoption might take as long as a decade unless something changes such as a lower price point, compelling content or usability. However, he said Meta’s emphasis on headsets upstages other potential uses.

“I think that Meta’s emphasis on VR and the VR head-mounted display overshadows some of the other work they do,” Nguyen said. “It’s not quite clear where they’re headed outside of VR, but there’s a lot more potential there that we aren’t necessarily seeing.”

According to PwC’s 2022 metaverse survey, 42% of executives plan to use it for onboarding and training and 36% plan to use it for interacting with colleagues or creating virtual content for customers. Meanwhile, 34% plan on creating communities or providing entertainment, 29% plan to offer try-before-you-buy experiences and 25% plan to sell digital versions of current merchandise.

Another question is whether the enterprise business will be a gateway for consumer content. Computers were in offices before they were in homes, smartphones were used for business before they were used by everyone. Now that people work from home, will they buy a headset for their day job but try out other apps during off-hours?

“There are a lot of people out there who are willing to put that headset on for video games,” said Luke Hurd, director of experience design for VMLY&R. “If you can get them to bridge that and put it on for work, then the enterprise case makes a lot of sense.”

Over the past few years, many companies have used VR and AR for everything from advancements in aerospace and architecture to healthcare. However, marketing in VR has been much slower to catch on than augmented reality, which requires just a phone.

Meta seems to be expecting people to assume that they’ll need VR or other metaverse technologies, according to Sasha Wallinger, who leads a metaverse strategy for the Web3 design consultancy Journey. Instead, Wallinger — who previously worked on marketing teams at Nike, H&M and Sorel — thinks Meta should spend more time explaining why people should care.

“When you’re a designer, you want to break and build and know what the premise is so you can build on top of that,” she said.

“There’s been an ongoing, pervasive and persistent situation where it’s a technology looking for a reason to exist and a device looking for a consumer use case,” Esquivel said.

According to Esquivel, Zuckerberg should take the same approach to VR as he did in the early Facebook years when there was room to explore without the pressure to make real revenue. Although big companies face big expectations, she noted that businesses — just like trees — don’t always grow quickly or find the best fruit from immediate results.

“It’s all underground now and we don’t even have a sprout yet,” she said. “We’re going to play in the mud, but we won’t see what we’re creating yet for a while…Whether or not there’s going to be a consumer use case for it remains a question. We could end up having only institutional use cases for these technologies for training and education.”

Although Apple’s challenges in the 1990s aren’t the same as what Meta now faces, the companies are also increasingly crossing paths as competitors. Apple is reportedly looking to expand its advertising business on a number of fronts such as Apple TV and also is expected to release its own headset in the near future. However, VMLY&R’s Luke Hurd — who also helps develop the curriculum for Meta’s Spark AR platform — sees a parallel between the trajectory of the iPhone, which debuted a year before the App Store, and that of VR hardware and software.

“Apple had a plan,” he said. “They didn’t just launch the iPhone and then say ‘What now?’ They knew there had to be an ecosystem there.”

What Meta’s plan looks like in the long term is still unclear. (Hurd also pointed out that a lot of marketing pitch decks over the past few years have included points about people preferring experiences more than just ads.) But Tom Goodwin, co-founder of the innovation consultancy All We Have Is Now, said the current lack of major VR uses “shows this is all a bridge too far and in the wrong direction.” Goodwin — a former executive at Publicis and Havas — said the state of Meta’s metaverse is an example of what happens when a company pushes people to embrace tech without solving any real-world problems.

“We have this old idea that first we make tech, then the tech changes us, and the first examples of technology typically confuse people,” Goodwin said. “But somehow my imagination isn’t able to see how we can rethink the world around what this makes possible. VR in particular tends to make us feel removed from our world and place, and I think few people today are thinking I need to spend longer looking at screens, in fact, quite the opposite.”