How Fandom’s first-party data, FanDNA, is expanding to improve recommendations for advertisers and audiences 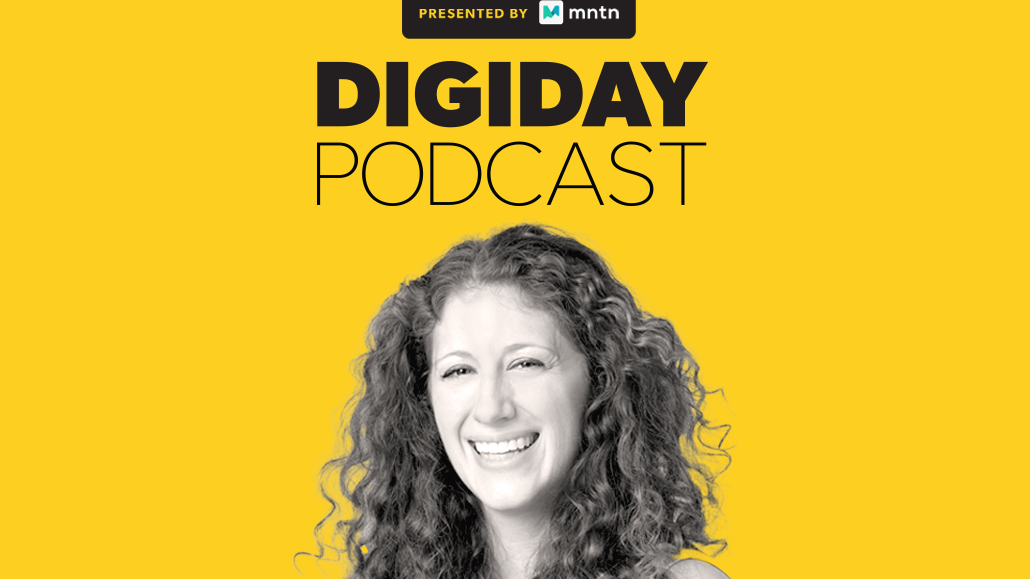 Wikipedia for all things fictional, fantasy and entertaining, Fandom has unique insight into how passionate internet users are about different shows, movies and video games. But the data doesn’t stop at the behavioral data around those curiosities. Fandom’s plethora of user generated content and community boards have also lended itself to the company’s first-party data collection.

And after 18 years of accumulating data on favorite characters, plot lines and cross-over interests, that first-party data, called FanDNA, is sold to advertisers to inform everything from traditional ad campaigns to research & development on new projects and merchandise.

On the latest episode of the Digiday Podcast, Stephanie Fried, CMO of Fandom, discussed how her team started categorizing this data into four, affinity-based groups to help clients understand where to invest and how to best reach their target audiences.

She also covered why Fandom is interested in developing the top-of-funnel, discovery side of its business. This year, the company acquired seven brands from Red Ventures, including TV Guide, to start building out data around how audiences find new programming, and is also building a new personalization tool to help recommend content and ads based on previous searches.

We call our data FanDNA and that’s really based on behavioral data of what people are doing on the platform and seeing that at scale across trillions of data points. The key reason that I came to Fandom was because I felt like there was so much insight that could be gleaned out of the data, and so many ways that we could use that information to create better fan experiences.

I think what’s really unique about Fandom is that we see so much detail about what specifically are interested in, within each IP. And then we see the connections between the IP as well, which enables us to do a lot of really interesting things with the data.

Deeper than the ‘super fan’

We uncovered four different identity segments. The advocate is [the] IP is part of who they are, it’s part of how they would introduce themselves. And it’s deep into their life. They might have a tattoo or a pet that’s named after that IP, because they want it to be part of their life every single day. Then there’s the intentionalist — someone who really likes specific categories [or a] genre that they lean into. They’re interested in the awards, they’re interested in reviews. The culturalist just wants to have like watercooler conversation, so they have FOMO of everything. They don’t want to miss out on things that people are talking about at dinner, they want to be able to have a point of view and they want to watch it just so they can have those almost like sound bites or opinions. And then finally, there’s the flirt, and the flirt is really just a fan of entertainment. They’re probably what we would call more casual viewers.

A case study in trending TV

We looked into those deeper fan identities or fan profiles to understand the composition of Fandom, because in this day and age and there’s so much to watch, and so much to play, it’s certainly challenging for advertisers and brands to break through. Getting a better understanding for their fans and their potential fans can help them understand their market development strategy and their marketing strategy and how they drive awareness and retention.

[For example,] ‘Sex Lives of College Girls’ over indexes on advocates and intentionalists – so there’s people who feel really close to ‘Sex Lives of College Girls’ and they’re really intentional about watching it and what that means as HBO is thinking about their campaign and the new season, it’s thinking about how do they then tap into those people who are already obsessed with the program, because a lot of other potential advocates and interventionalists also hear about things from friends and family like through their networks through people who are really passionate about it. And so a strategy of actually connecting with those [friends and family] influencers, as opposed to a big broadcast ad campaign. It might actually be more effective, doing unique experiences, tapping into that fan identity.

https://digiday.com/?p=479150
Most Read
Trending in Beyond Ads
Digiday Top Stories