‘Wearing our pain on our sleeve’: Inside Skift’s survival strategy 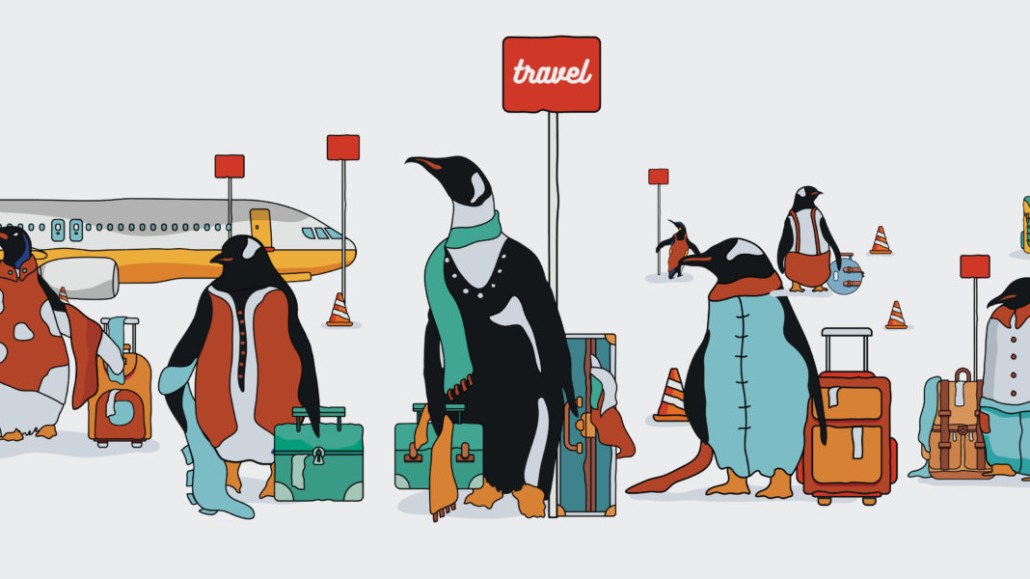 Skift was hit by the pandemic perhaps harder than most media companies.

The independent, bootstrapped publisher doesn’t have much in the way of cash reserves. And operating in the business to business space, Skift relies heavily on its in-person events business, which typically makes up about 40% of its overall revenue. On top of that, its readership, the travel industry, was the first to be impacted by coronavirus and has experienced the brunt of the economic toll.

Being as close to the situation as it was, however, the company did have the unique advantage of getting over a month’s head start over other media companies to figure out how it had to adapt its business strategy to the current reality.

Skift co-founders Rafat Ali and Jason Clampet joined Digiday in the latest episode of The New Normal — a weekly interactive discussion show focused on how media adapts to a new reality — to talk about asking readers for contributions instead of putting up a paywall, transitioning to a virtual events business and reverting back to its start-up mentality.

Last year, Skift planned that paywalls were going to be the next step in the publisher’s growth strategy and the company spent the better part of the year building the tech stack for its subscription model. The original plan, Clampet said, was to have a five-stories-per-month metered paywall that would push people towards a monthly recurring subscription.

Once the pandemic hit, however, Ali said it not only would not get any traction at this moment, but it no longer felt appropriate to block off informational content from its readership, which was really struggling.

What they decided to do instead, however, take on The Guardian’s model of asking for reader contributions to support their journalism. With the paywall already built, Clampet said the technology to implement on-page contributions was simple enough that they could have it ready in a day or two after deciding to do it. He said his team switched all of the messaging on the paywall meter to ask for contributions, with preset amounts of $50, $100, $250 or custom, rather than cut readers off.

The vast majority of the contributions have been one-time rather than recurring, Ali said, however, “It is significant incremental revenue.” Just 35 days after opening up contributions, he said they’re close to having earned six figures, which was revenue that they didn’t have a month ago.

How to approach asking readers for money

It’s about “wearing our pain on our sleeve,” Ali said, when it comes to asking for contributions. The two ideas that are pushed the most in the messaging, however, are “independent” and “crucial.” Independent shows that the company is self-supported and doesn’t have a large parent company padding its bank account, while crucial reminds the readers that the quality and the importance of the work the team is producing will also help them get through this time.

The other way that the company pushed its messaging around contributions was running a day-long a campaign where Skift went completely dark on all channels, begging the questions, “If Skift goes dark for 24 hours, will anyone care?”

“I would fear towards alarm versus complacency” when asking for contributions, Ali said, though he expects “at some point the good will will run out.”

Winning in your webinar strategy

Skift, like many publishers, shifted its in-person events to a slate of virtual ones, most of which range from 90 minutes to two hours, according to Ali. For those events, when live, he said the publisher typically charges upwards of $75 to $100. With so many options for free webinars on any given day now, charging for a virtual event is likely not the wisest way to win an audience.

Ali said that asking for contributions on the virtual events platform, however, has brought in an average of about $33 per paying attendee. This further reminds the reader of the value that the company is providing them.

The new reality is great for profit margins

The silver lining that Ali sees is that costs have come down for running a media company and leaders should be taking advantage of that. From an operational standpoint, the cost of talent is lower, business travel is out of the picture and for Skift, in particular, he said that they have realized they can continue working remotely and likely do not need to pay for an office — all of which adds up.

“Media, which is not the biggest margin business in the world to begin with, at least we have a bigger shot at it than in the past,” he said.

As for live events, the gross margin in the best-case scenario, can be around 50%, said Ali. While virtual events will yield, at best, one-third to one-quarter of the revenue that live events bring in, the profit margins are closer to 95% pretty regularly. “I’ll take it if I can do 10 of those,” he said.

Reverting back to a start up mentality

Since moving back to having an all remote team, like Skift had when it first launched in 2012, Clampet said that “it’s a nice energetic feeling that comes back, especially when you’re eight years into the business and it’s changed somewhat. It was comfortable to a certain extent and we knew everything that was happening through the end of the year. Now we make a decision on a Monday and we try to have it up by Wednesday.”

Certain editorial tools have come back into play as well that allow the team to be more nimble. Its live blog model on coronavirus coverage, for instance, has not been done since the first year of the business when the team was following a merger of two airlines.

“That type of back and forth, if it wasn’t existential, it would be exhilarating,” said Ali, “but the energy flow has been as good as it can be.”

This Friday, at noon ET, we are airing our next episode of The New Normal, a weekly interactive show focused on how publishers are adapting their businesses. This week, Action Network CEO Patrick Keane will talk with Digiday editor-in-chief Brian Morrissey about how a sports media company focused on sports betting adapts in an age where sports around the world are canceled. Register here.