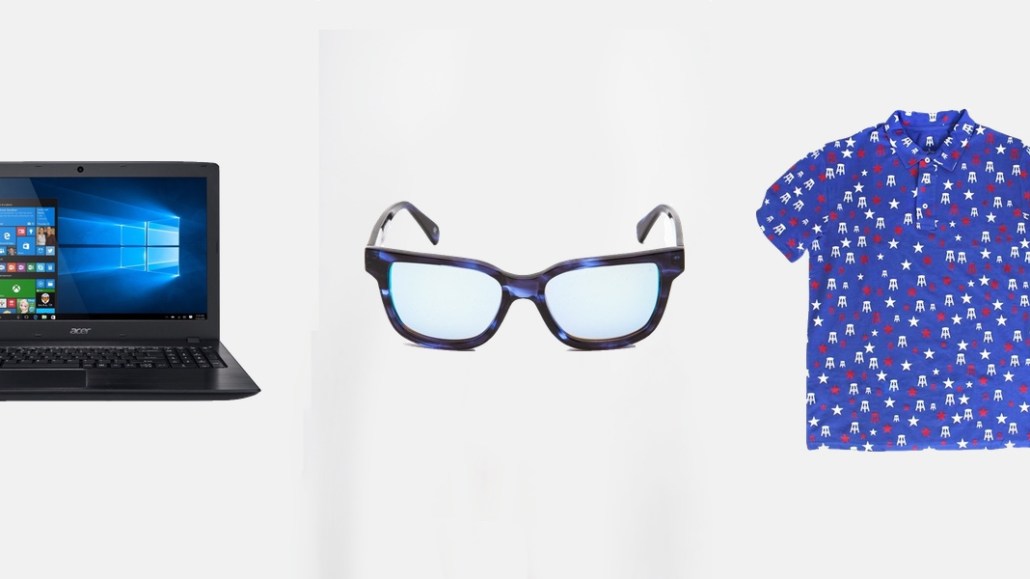 For Nylon, blending commerce and content has been more of a long engagement than a shotgun marriage. Working out how many shoppable goods to include in articles or how many shop-based posts to share through Nylon’s social media channels took more than just a couple meetings.

“It took about a year and a half to get to the point where we were cooperating,” said Katherine Martinez, the director of e-commerce at Nylon, which went from selling T-shirts in 2013 to much pricier items like these $310 sunglasses; it is also working on a subscription box service, which it will unveil later this year.

Nylon still shares plenty of shoppable posts on Instagram and Facebook, and Martinez and her team still think of ways to create products that play off the magazine’s editorial coverage, such as a custom-designed shirt and jewelry collection it created to pair with the magazine’s Black History Month coverage. But Nylon’s commerce team, increasingly, operates as its own, profitable enterprise. It built up its own social channels, and its Instagram handle, nylonshop, drives more e-commerce sales revenue that Nylon’s main Instagram account, even though the former has a fraction (66,000) of the more than 1 million followers that Nylon has.

Melding content and commerce has long seemed like an unbreachable challenge to many publishers. Everyone from Purch to JackThreads will tell you it’s difficult. One reason it’s hard to mix commerce and editorial is that the cultures don’t mesh. Some publishers have found that the solution is to keep commerce and editorial independent of each other. Giving them license to stand on their own results in collaborations with editorial that are more thoughtful, and more mutually beneficial. “Instead of just trying to forward an e-commerce agenda,” Martinez said, “it’s, ‘what else can we do to add value [to editorial]?’”

Business Insider’s commerce unit, Insider Picks, is a team of writers and video producers kept separate from editorial. Insider Picks sits on a different floor from editorial because management doesn’t want them getting their goals mixed up. Just as most journalists don’t want to be concerned with promoting products in their articles, commerce teams don’t want their staffs worrying about pageviews.

“If you have [them sit beside] an editorial team that’s also talking about products, they’re going to think about something that’s going to get a lot of pageviews,” said Breton Fischetti, senior director of commerce at Business Insider. “I’d much rather have a Picks story that 100 people read and it leads to 50 people buying something than a story that gets 10,000 pageviews and it leads to 20 purchases.”

By keeping commerce and editorial operations separate, the hope is that collaborations between the two will happen happen organically. But that requires patience.

After The New York Times bought gadget-recommendation site The Wirecutter for around $30 million in October, Karron Skog, a senior editor at the Times, spent several months introducing Times editors to their Wirecutter counterparts, allowing them to become aware of their respective coverage plans on their own.

Over time, Times desks have begun to integrate Wirecutter features and content into editorial packages and use them in planning them, too. One recent result involved the Times integrating reviews from Wirecutter’s sister brand, The Sweethome, into a service package about the essentials of French cooking. In another, the Times tech section debuted a column called “Ask the Wirecutter,” where editors from both publications discuss what kinds of products to buy.

“We’re thinking about it in terms of collaboration, not integration,” said Skog, who added that more verticals will be adding Wirecutter content in the coming months.

But as important as it is for the commerce teams to build their own brands and followings, the products that perform best are often the ones that tap into the editorial brand’s core. At Barstool Sports, for example, the top-selling product in its store is a line of T-shirts emblazoned with the phrase “Saturdays Are For the Boys,” which a Barstool editor overheard at a bar last summer.

“The core engine of everything we do is still a blog, and it’s still the guys,” said Chip Moloney, Barstool’s e-commerce marketing manager.