The road to growth: How The Times (UK) reaches 500k subscribers milestone 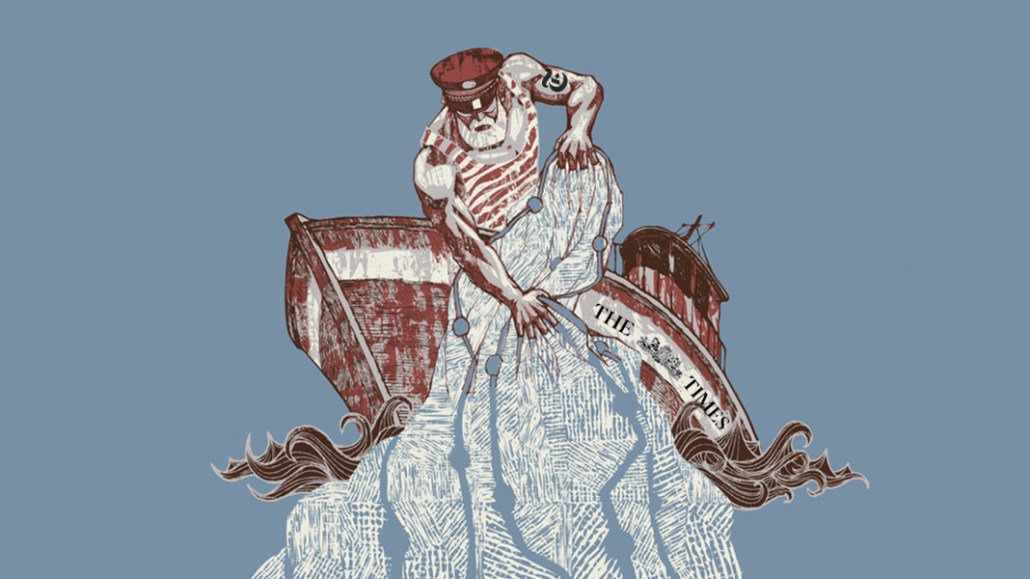 At the end of June, News UK title The Times and the Sunday Times reached 500,000 subscribers, with digital-only subscriptions overtaking print for the first time, up 20 percent from the previous year to 255,000.

The Times has grown its registered-access user pool — where readers share their email address to access two articles a week — to 3.75 million since it was introduced in 2017. To move this cohort to full subscribers and keep audience acquisition up and churn down, the focus is in understanding how these readers react differently to subscription offers through messaging and distribution and offering them relevant content at the right time.

“We were confident that by getting people sampling our content we’d identify new subscribers,” said Chris Duncan, managing director of The Times and The Sunday Times. “This milestone is part of our broader growth plans, it’s only just the beginning.”

The Times has introduced relevant articles based on reading history into half of the content served in its daily email, The Best of The Times, which registered-access users are automatically subscribed to when they sign up. Over the next year, it plans to make personalization more automated.

As such, The Times’ cost for acquiring new customers is lower than it has been in five years, according to Duncan, although he wouldn’t share absolute figures.

The Times’ “digital butler” is also learning when is the right time registered-access users want to receive messages and then sending out personalized emails, born out of predictive data models that judge when the highest probability of subscribing is. It will extend this to push notifications, text messages and social channels over time.

“If you’re seeing messaging from us because you read about Brexit, do we make that general messaging or relevant messaging, and can we then get you to sign up to [political daily newsletter] Red Box?” said Duncan. “We’re constantly learning what our conversion targets could be, it’s something we’re constantly looking to improve and it’s gradually ticking up.”

Churn rate has reduced by 10 percentage points, mostly this is thanks to serving relevant content to lapsed subscribers and subscribers through Facebook when it notices changes in reader frequency of visits, interactions with articles, recency of visits to the site and the number of articles read.

In May, The Times made it a lot easier for people to move from registered-access users to full subscribers by reducing the number of subscription bundles on offer from 15 to three and reducing the number of pages in its store from 200 to 10, according to Duncan. Immediately bounce rate went down, and having fewer lower-cost bundles encouraged readers to take a more expensive seven-day subscription without having an impact on the acquisition rate, according to Duncan.

“What’s worked really well for The Times in the last 12 months is that it’s taken a holistic approach,” said Greg Harwood, director at strategy and marketing consultant Simon-Kucher & Partners. “It’s improved the user experience and the aesthetics of the site, which drives conversion, and — in parallel — it’s changed the commercial strategy, the pricing and the introductory offers.”

In order to keep its longer-term subscribers loyal, the publisher is more flexible with The Times+, its events and rewards program for subscribers. The Times offered event tickets with actor Michael Caine discussing his documentary before opening it out to all subscribers. According to Duncan, the event was mostly filled with publisher’s most valuable customers, and there was only 1 percent difference in subscription churn rate between those who attended the event and those longer-term subscribers who were invited yet didn’t attend. “It’s hard to reward tenure in news organizations,” he said, “that helped us to understand the value of our loyal users.”