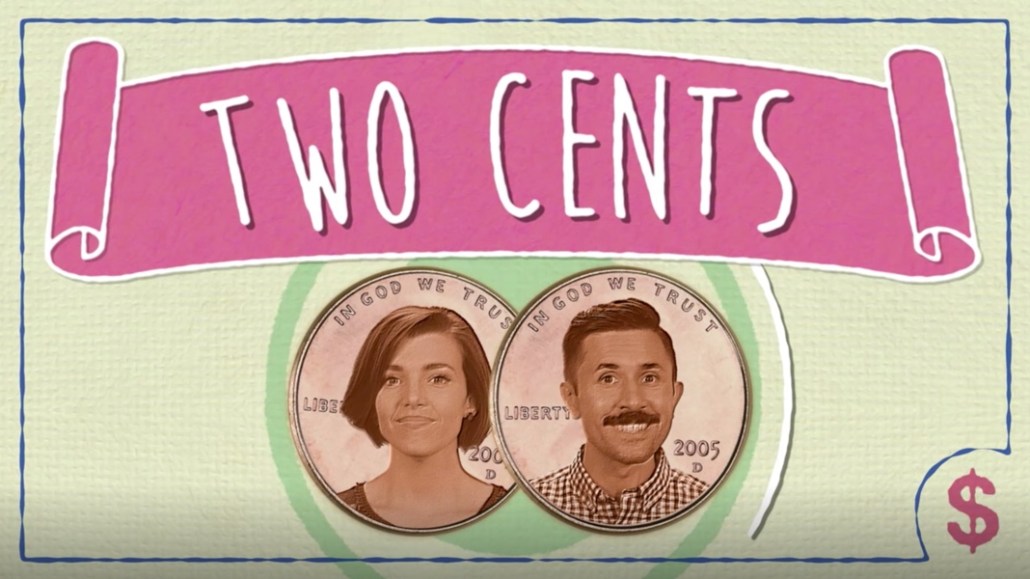 PBS Digital Studios in January launched its first original series, “Two Cents,” exclusively on Facebook Watch. By July 30, the show has averaged more than 341,000 views per episode across 23 episodes. But as PBS Digital Studios is not part of Facebook’s video monetization program, the show hasn’t made any money. So like many other media companies, the TV network’s digital arm is turning to YouTube.

For the second season of the personal finance program for teens and twentysomethings, PBS plans to simultaneously release new episodes on YouTube. In addition to putting the show on YouTube, PBS Digital Studios is planning a new music education show this fall that will start out as a YouTube channel.

The decision to air “Two Cents” on YouTube marks something of a return to PBS Digital Studios’ original digital distribution strategy. When the division was formed in 2012, it oriented its programming around YouTube. “We drank the Kool-Aid of YouTube and became successful,” said Arolfo, who joined PBS Digital Studios in 2015.

The YouTube experience hasn’t been wrinkle-free, either. Two years ago the division started syndicating its YouTube shows on Facebook because the money it made on YouTube wasn’t enough to cover production costs. And while its educational videos may be considered brand-friendly, YouTube’s crackdown on brand-safety issues cost PBS some ad revenue, said Arolfo. That slide has settled, and the YouTube ad revenue is now par on with what it was year ago, but the figure is flat despite the division uploading more videos to YouTube over the past year. The division has offset that stagnant ad revenue by selling advertisers on weaving their sponsored messages into its videos.

Facebook had presented different challenges. PBS hasn’t been able to make money from video ads or in-video sponsorships. And it has had to strip sponsored segments from the YouTube videos it repurposes for Facebook, where it would need to use the social network’s branded-content tagging system to label a video as branded content, because PBS doesn’t produce branded content, said Arolfo.

PBS Digital Studios hasn’t totally abandoned original shows specifically for Facebook. Over the past year the studio has worked with PBS’s broadcast division to develop digital programming tied to the TV network’s event series. For example, for this summer’s “The Great American Read,” PBS Digital Studios produced two miniseries for Facebook Watch that play off the book-centric TV series but tailor them to 18- to 34-year-olds who are less likely to watch TV. Arolfo said the division is also talking with Facebook about joining its monetization program.

“PBS isn’t always concerned about the bottom line. Of course revenue and allocation of resources comes into play because that’s just reality. But if you dehydrate PBS Digital Studios, we’re trying to grow audiences,” said Arolfo. And when it comes to increasing viewership, he said, Facebook Watch “checks that box for us.”