‘Notoriously difficult’: Inside the unraveling of the Thrillist-JackThreads marriage of content and commerce 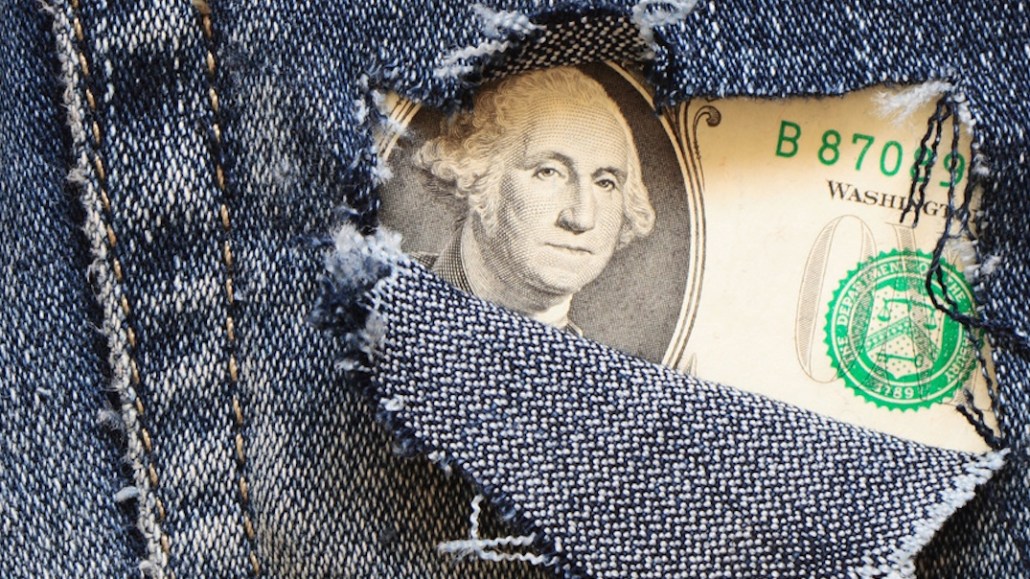 Few media executives have been more enthusiastic about the idea of melding content and commerce than Thrillist Media Group founder and publishing scion Ben Lerer. That gusto was on full display in 2013 at its launch party for Supercompressor, a new chic tech products-recommendation publication. The Classic Car Club in TriBeCa was transformed into a nightclub-light setting, awash in violet lighting and music provided by DJ Hapa. Black-clad servers passed canapés and Dewar’s cocktails, and Microsoft Surface tablets were on hand for partygoers to play with.

Back in 2010, Thrillist bought flash-sale site JackThreads for a skimpy $10 million, and Lerer gushed that it was a “win-win,” a “spectacular” company with “lots of potential.” The idea was to give Thrillist a foothold into a new revenue stream by plugging the users of the going-out guide for guys into JackThreads’ private shopping community.

And the hype was selling. In 2014, JackThreads was poised to propel Thrillist to a $100 million business. “Melding content to commerce, the service creates a potentially perfect — if vaguely insidious — circle of materialism,” Wired effused.

Potentially. In theory, the combo made sense, and offered a tempting model to media companies struggling to survive on digital advertising. After all, glossy magazines have long been in the business of persuading people to buy products. It only made sense that they should be able to push them to the last step to purchase, and get credit for and collect a cut of the sale in the process.

Attempts to integrate Thrillist and JackThreads followed. Thrillist launched a series of e-commerce verticals including Supercompressor and The Crosby Press, for guys 18 to 24 around music, extreme sports, and fashion, using JackThreads’ commerce backbone. They’ve since been discontinued as standalone sites.

Ted Gushue, who was executive editor of Supercompressor, said Thrillist attacked the idea of gluing together commerce and content with the “typical zeal of a VC.” There was a proprietary CMS that was designed to plug JackThreads product recommendations into editorial posts, a dedicated team of commerce writers and large customer service staff. Eleven-hour days were common. “We sold a lot of shit.”

But ultimately, Thrillist had to concede what Refinery29 did earlier, in 2013: that the e-commerce business is a low-margin grind, and content and commerce were hard to mix organizationally. In 2015, Thrillist spun off JackThreads into a standalone business. “At a certain point, these businesses have each become living, breathing creatures, and to share a source of food is not the most productive,” Lerer said at the time. The flash sales fad was on the wane, so JackThreads switched to a risky try-on-at-home sales model. But by last fall, Thrillist was rolled up into a larger media company called Group Nine Media, while JackThreads, facing losses, laid off most of its staff and put itself up for sale.

Through spokespeople, Lerer and JackThreads CEO Mark Walker declined to comment. In a statement, JackThreads said: “Over the last few months JackThreads has been in M&A conversations with multiple potential acquirers. A few weeks ago we made changes to meaningfully reduce the burn and to enable these various conversations to reach their conclusions. We’re confident this effort will help us to finalize one of several deals on the table and to maximize the opportunity for both our employees and investors.”

Those who have gotten into e-commerce find the brand development, sourcing and shipping and customer service hard to do. In the shadow of Amazon, smaller retailers have struggled. Clothing is a crowded market. Lerer, realizing the lower value investors placed on e-commerce ventures, insisted that Thrillist was a media company.

“The problem was, to do it properly, the margins just evaporated,” Gushue said. “E-comm is the shittiest business when you look at how many parts need to be in place. It’s comically expensive to do it right. Everything gets destroyed by Amazon.”

Experts in the commerce-content model saw other potential problems with Thrillist’s approach.

Greg Mason, CEO of Purch, a group of product review/commerce tech sites, said both Thrillist and JackThreads might have been aimed at young guys. But it was never clear how the two parts worked better as a whole.

“It’s a super bad example of content and commerce, because they’re so diametrically opposed,” he said. “I’m not sure they ever deserved to be together. It’s kind of like TripAdvisor buying a hotel.”

When JackThreads switched from flash sales to selling its own full-price clothing label, including $18 T-shirts and $99 cashmere sweaters, it had to attract a different kind of customer than its original, deal-driven shopper. Another big risk was the try-at-home sales model, called TryOuts. The appeal to shoppers was that JackThreads assumed the cost of shipping both ways and the shopper only paying for the items they kept, but it’s expensive to do.

“It’s notoriously difficult to do profitably, because of the two-way shipping costs and the fact you have inventory that’s in non-sellable mode for so long and often gets returned,” said Andrea Wasserman, who advises startups in retail, tech and marketing. “You have to buy enough inventory up front to have it sitting in people’s homes for a period of time. You can’t project whether you’re going to sell those goods or not.”

Then there were execution problems. JackThreads became known for customer service snafus. Shoppers complained on Twitter that they weren’t getting refunds they were owed or that the company wasn’t responding to their inquiries.

@JackThreads Are you guys out of business or something? NO ONE IS ANSWERING YOUR PHONES! Worst Customer Service ever

@JackThreads lays off their customer service dept in hopes of selling the company. seems a bit shortsighted, no? where's my order or my $$?

Flameouts like JackThreads notwithstanding, the difficulty of the ad market means publishers won’t likely give up on commerce just yet. Gawker Media used to claim that commerce drove at least 10 percent of its revenue, which was part of what drew Univision to buy it for $135 million last year. In a smaller deal, the model got an endorsement when New York Times paid an estimated $30 or so million for tech-recommendation site The Wirecutter to augment its subscription-driven business.

But it’s getting harder to get readers back to publishers’ own sites in the first place. So publishers not only face competition from each other for e-commerce dollars, but platforms such as Pinterest and Snapchat that also want to bring shopping into their experience.

“There’s more competition for commerce. Everyone is concerned about the reliance on CPM-based advertising,” Mason said. But, he offered, there’s hope that platforms will have a vested interest in working with publishers: “Those social platforms won’t be able to do it all themselves.”