‘Lens of the West Coast’: Inside the L.A. Times’ new head of audio’s plan to focus the publisher’s podcasts 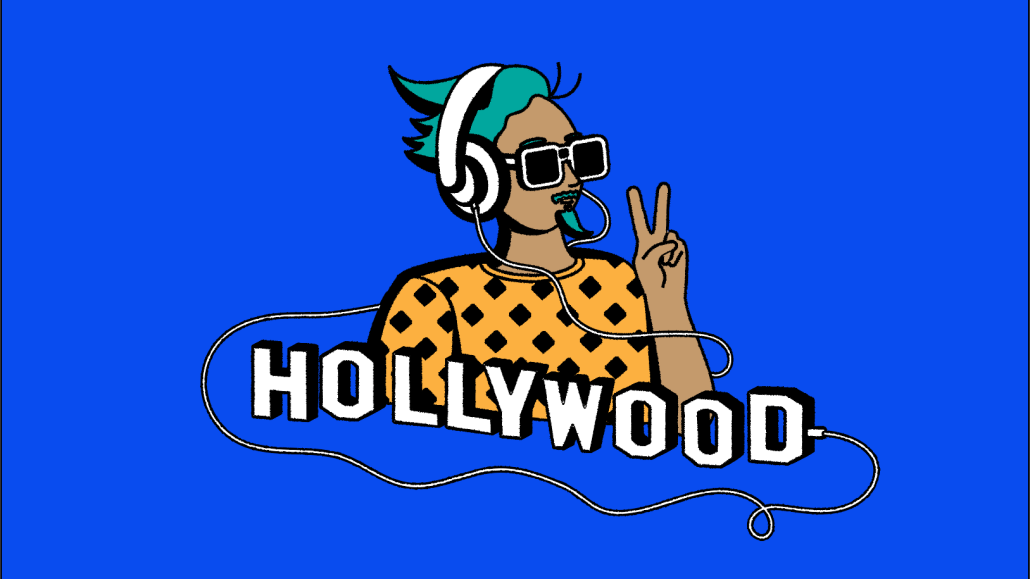 As the new head of the Los Angeles Times’ audio department, Jazmín Aguilera wants to develop the media company’s podcast shows so that one day people will connect them to the brand, and its “lens of the West Coast” approach, she said in an interview.

A big part of that will mean establishing the publisher’s seven-month-old daily news show, “The Times: Daily News from the L.A. Times,” as its flagship podcast show amid steep competition from shows like The New York Times’ “The Daily.” The key to achieving this will be to lean into the West Coast “vibe and tone” that Aguilera — who has produced episodes of “The Daily” in the past and started her new role on Nov. 29 — believes is missing from the current lineup of daily news podcasts.

It’s all about “a tone and a vibe that isn’t so stressed and harried and so intense,” Aguilera said, one that says, “‘This is important, but we can sit down with a cup of coffee or sit down on the beach and listen to a podcast.’” She described the “west coast sound” that she is aiming for with the L.A. Times’ podcasts as “more colloquial and informal in tone, less concerned with the prestige of itself and more concerned with connecting to its audience.” As an example, Aguilera pointed to “The Times” host Gustavo Arellano occasionally breaking into “Spanglish” during the show.

The L.A. Times has an opportunity to turn its podcasts into a multi-million dollar business, according to Glenn Rubenstein, founder of Adopter Media, a Bay Area-based podcast advertising agency.

“We’ve turned down a couple million dollars [from clients] who wanted to reach a base in Southern California and we didn’t have a really good option for that,” Rubenstein said. “We have advertisers all the time that call us and say ‘We’ve never advertised on podcasts before, we have a budget, we are very interested, but we only want to focus on the Los Angeles market.’ I think that L.A. Times, being such an established name and a giant in West Coast media, can tap into all of these dollars that have no place to be accommodated at scale.”

Shani Hilton, managing editor for new initiatives at the L.A. Times, said “The Times” podcast “is growing significantly,” but she declined to share any listenership stats. On Thursday afternoon, the podcast ranked #32 in U.S. daily news shows on Apple Podcasts, according to Chartable’s rankings.

The L.A. Times hasn’t produced many new shows this year, in part due to the change in podcast leadership, according to Hilton. The publisher’s former executive producer for podcasts and audio, Abbie Fentress Swanson, left for CNN Audio this past summer. “There are definite plans to grow. We have jobs posted currently, and there are jobs we are planning to post … I would expect the team to probably double” next year, Hilton said. For now, Aguilera is leading a team of two narrative podcast producers, two engineers, and six people on “The Times.”

In 2022, the L.A. Times plans to expand its podcast portfolio by producing a mix of deep-dive limited podcast series and shows with a more seasonal and regular cadence, Hilton said. The former host and producer of New York Magazine’s podcast show “The Cut” and interim executive and senior producer at Condé Nast prior to that, Aguilera sees space for a podcast in the “cultural entertainment space” — one that’s a “happy medium” between the deeply-reported narrative shows and the conversational, inviting nature of a talk show. “What I want to stay away from is the engaging talk show hosts shooting the shit on something that’s culturally-based. It’s a little overdone,” she said.

Aguilera also wants to continue developing more shows from the investigative arm at the L.A. Times — which can also lead to additional revenue sources, should a series become popular and get licensed. “There are so many good investigations coming out of the L.A. Times that are just ripe for audio storytelling,” she added. Popular true crime podcast series like “Dirty John,” which was a partnership between Wondery and the L.A. Times that went on to become a TV series, “can generate a lot of revenue based on IP development, advertising and having a long tail of listenership,” Hilton said.

Those additional revenue sources could help to offset a challenge the L.A. Times faces with advertisers: It does not offer host-read ads. “So many of our clients… want that host-read endorsement,” Adopter Media’s Rubenstein said. Direct-response advertisers in particular are looking for podcast hosts that can become “an evangelist” for the product they’re advertising, he said. But news publishers’ shows often don’t have their hosts reading ads, due to a “church and state separation” between “a reporter and the messaging from a brand,” said Hilary Ross, vp of podcast media at audio agency Veritone One, in an interview in April.