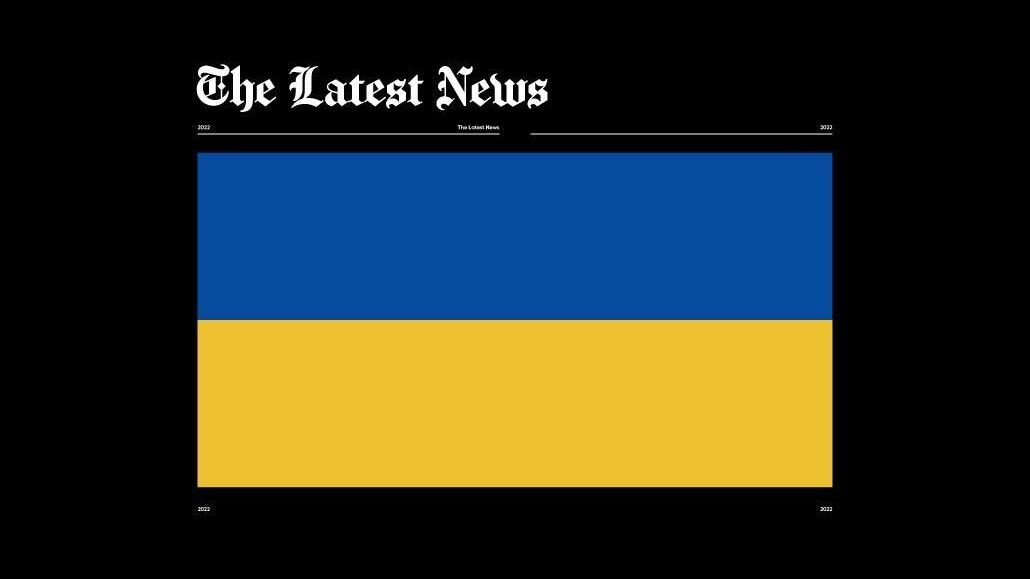 Some news organizations are lifting their paywalls and creating new channels to make information on the war in Ukraine freely available to readers there and in Russia.

Although similar to how many publishers chose to lift their paywalls to provide coverage of the pandemic for free, the handling of their Russia-Ukraine reporting marks a different strategy, where publishers — including Dow Jones, Financial Times, The Economist and The Washington Post — are giving free access to specific countries. And while it doesn’t seem to impact a large number of readers (and therefore exact a large toll on the business), it’s an example of news organizations recognizing their mission as a public service in times of crisis.

The FT’s key Ukraine coverage is free to read. Jon Slade, chief commercial officer at Financial Times, said, “Part of our mission and purpose is to make sure people have access to great journalism in complicated and difficult times, so it’s an easy decision to make it free…It’s a time when you put your business model to one side and say, what’s the right thing to do here? Even though we won’t get paid, we think it’s a good thing for our journalism going into places where perhaps free journalism or open unfettered journalism is harder to find.”

The publishers dropping their paywalls

While The Washington Post has lifted its paywall for news around the pandemic and natural disasters, this is the first time it’s done so for a specific region, dropping it for readers in Russia and Ukraine last week. It “impacts a small segment of our international subscribers,” said a Post spokesperson, who declined to share how many. “The Post believes in the free press mission, and as such, is committed to helping inform those in countries affected by the war and where democracy is challenged,” the spokesperson said. The Washington Post’s traffic from Russia and Ukraine has gone up by 119% and 128%, respectively, from February 2021 to February 2022, according to data from digital analytics platform Similarweb.

Dow Jones lifted the paywall across The Wall Street Journal, Barron’s, MarketWatch and Financial News in Ukraine soon after the invasion, as well as in the neighboring countries that are “seeing a large influx of Ukrainian refugees,” a spokesperson said. The spokesperson declined to share which countries in particular or how much of an audience this represents for Dow Jones. (The Wall Street Journal’s traffic from Russia and Ukraine has gone up by 53% and 36%, respectively, from February 2021 to February 2022, per Similarweb.) However, this isn’t the first time Dow Jones has lifted its paywall regionally — it did so in Texas during Hurricane Harvey in 2017.

The FT’s decision to lift its paywall in Russia — which went into effect on Feb. 24 — represents a small audience, according to Slade. Its Russian subscribers are “in the thousands, below 10,000,” he said. The FT’s traffic from Russia and Ukraine has gone up by 42% and 46%, respectively, from February 2021 to February 2022, per Similarweb. On average, the Ukraine war coverage has been attracting 3.5 times more page views than all other reporting on the FT’s site since the invasion began on Feb. 24, a spokesperson said. The FT’s coverage will continue to be available to subscribers in Russia, even if payments can’t be processed due to sanctions, they added.

The Economist has also lifted its paywall in Russia and Ukraine, and traffic has gone up 66% and 197%, respectively, from February 2021 to February 2022, per Similarweb. The Economist has “roughly doubled” the number of stories it is publishing online in the last three weeks, said Adam Roberts, digital editor of The Economist. “In the past few weeks, we’ve basically only done Ukraine.”

NYT and WaPo now on Telegram

While The New York Times hasn’t dropped its paywall, it has created a channel on Telegram, an encrypted messaging app founded by two Russian brothers in 2013. One of those brothers, Pavel Durov, claims Telegram has over 500 million users worldwide.

Telegram has turned into a popular platform for Russians and Ukrainians seeking information about the war. English-language news outlet The Kyiv Independent and Ukrainian-language news site Ukrains’ka Pravda each have more than 30,000 followers on their Telegram accounts, for example. The platform has no advertising. Public or private feeds of photos, videos and text can be set up by a person or an organization — even Ukrainian President Volodymyr Zelenskyy has a Telegram channel.

The New York Times created its Telegram channel on Monday, March 14, to post stories from its live blog, photos and videos on the war in Ukraine, available for free. “The hope is that we can use this new channel to bring factual, on-the-ground, and around-the-world coverage of the Russia-Ukraine conflict to new readers and communities who haven’t easily found our journalism on other social platforms or our core site,” a Times spokesperson said. As of Thursday afternoon, the channel had over 37,000 subscribers. (The New York Times’ traffic from Russia and Ukraine has gone up 185% and 108%, respectively, from February 2021 to February 2022, according to Similarweb.)

The Washington Post relaunched its own Telegram channel on March 15, with live news coverage from journalists in and around Ukraine, along with reporting from Post newsrooms in the U.S., London and Seoul. (It originally was established in July 2020.) “We consider [the channel] a strategic tool offering global audiences another way to access The Post’s range of reporting,” said Post global audience editor Sofia Diogo Mateus in an email. “Coverage will be in English and will focus immediately on the Ukraine-Russia war and include on the ground reporting, visual content and analysis.” As of Thursday afternoon, it had over 12,000 subscribers.

The FT also has a Telegram channel, which it shifted to covering news coming out of Ukraine when the war began. It now has 31,000 subscribers and 14% of those followers are Russian-language users, a spokesperson said.