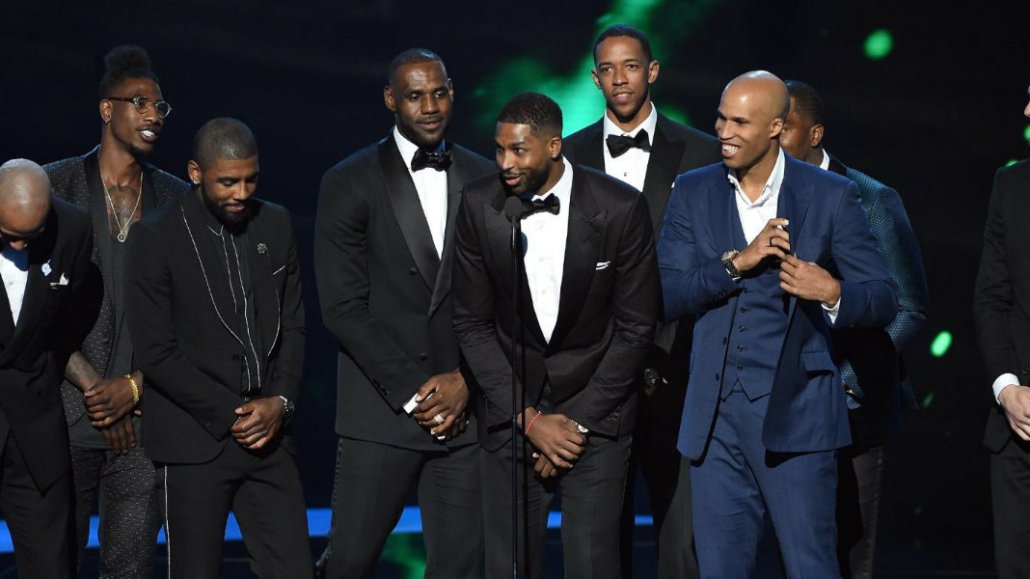 For the first time, ESPN will livestream its annual awards show, the ESPYS, in China.

The livestream, which will be available on Chinese internet giant Tencent‘s sports platforms including QQ Sports, will begin at 8 p.m. ET — or 8 a.m. local time in Beijing. A one-hour pre-show, which will include a studio presentation from Tencent’s studios in Beijing as well as red-carpet interviews bilingual ESPN personality Betty Zhou conducts and translates on the fly, will precede the livestream. Both the pre-show and the ESPYS broadcast will be presented to Tencent viewers in Mandarin.

“The most important thing for us is when it comes to live events is that we want to speak to fans from the event versus speaking about an event,” said Sean Riley, senior coordinating producer for ESPN International. “That’s why we will have a reporter on-site, in the lineup, doing interviews — and it’s no different with Tencent.”

ESPN’s decision to broadcast the ESPYS on Tencent comes a year and a half after the two companies partnered on an extensive content distribution program. As part of the deal, ESPN produced on-site reports and interviews, in Mandarin, for five NBA games per week during the most recent season. This was paired with pre-shows hosted from Tencent’s Beijing studios, as well as a weekly NBA commentary show exclusively made for Tencent users.

Tencent has also licensed the digital rights in mainland China for March Madness, more than 100 regular-season college basketball games and the X Games. Additional ESPN programming on Tencent in the past year has included live coverage from the NBA and NFL drafts, along with studio shows and coverage devoted to international soccer tournaments such as the recent FIFA Confederations Cup.

ESPN also regularly provides translated articles — and a few original pieces — to Tencent every month. It works the other way, too, with ESPN looking to produce pieces about China and its sports culture for U.S. and other audiences. An article published in December for The Undefeated, covering former NBA superstar Stephon Marbury’s success in China, was a collaboration between writer Marc Spears and an Asia-focused digital editor based in ESPN’s Bristol, Connecticut, headquarters.

The partnership has worked out, according to ESPN, which said its video and articles reach “millions” of viewers and readers every month on Tencent. The most recent NBA Finals were particularly notable, logging an average of 37.8 million live streams per game in China, up 38 percent from the 2016 NBA Finals, according to ESPN.

Next up for ESPN and Tencent is to expand their scope beyond basketball and international soccer. For instance, Tencent has the rights to broadcast NFL games in China, so ESPN and Tencent are figuring out ways to produce NFL coverage. (For the NFL draft, ESPN recruited Oakland Raiders linebacker James Cowser, who happens to speak fluent Mandarin, to do prerecorded segments and on-site interviews.)

Later this week, ESPN will broadcast the summer X Games live from Minneapolis. The roughly 20 to 25 hours of coverage will include original short-form segments produced exclusively for Chinese audiences. The goal is to provide two digital video pieces, running between 3 and 5 minutes, every day on Tencent. These pieces will introduce Chinese audiences to various sports and athletes participating in the X Games.

An ESPN spokesperson said the company is expecting more interest among Chinese audiences in the summer X Games, especially because sports such as skateboarding and BMX have been accepted into the Summer Olympics.