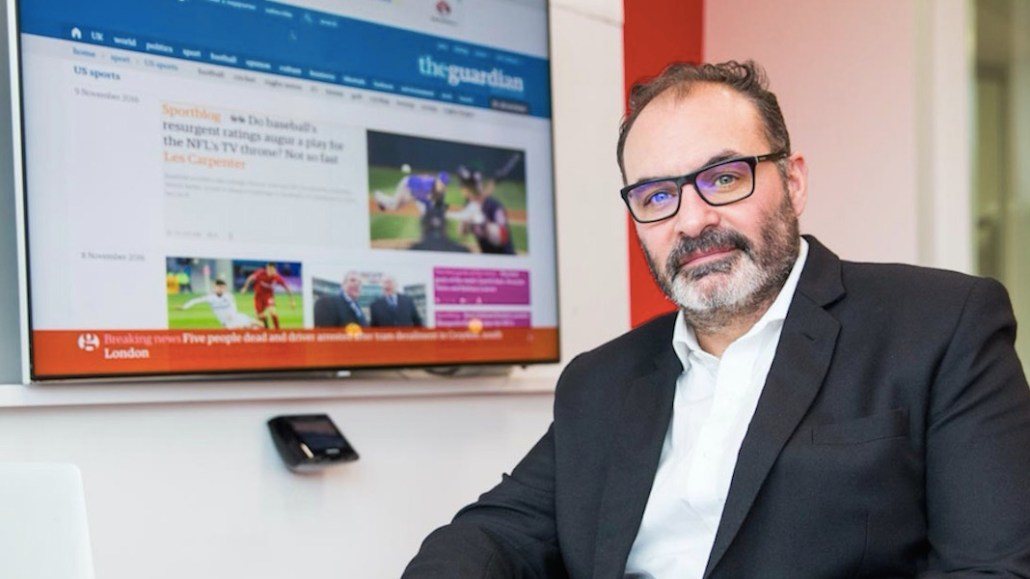 Programmatic advertising is having a bad time of it.

First, there’s its continued role in disastrous ad misplacement scandals. Then there’s the ugly fact that there are fake news websites that profit financially because they plug into programmatic exchanges. It was this latter point that the Guardian’s chief revenue officer Hamish Nicklin addressed today, when he appealed to publishers and advertisers attending the Guardian’s Changing Media Summit to stop just paying lip service to the issue and take action.

“Fake news is being used as a key weapon to fight truth. And the digital advertising paradigm is helping to fund it, in fact I’d go as far as to say that it rewards it,” he said.

He outlined in four steps how easy it is to set up a fake news site that can generate profit from totally “worthless” content. The final two steps were simply: plug into a programmatic exchange, and watch the money roll in. “That’s digital alchemy right there. What you have done is take something totally worthless and create gold out of it,” he added.

This, along with the ongoing issue of brand safety in the open programmatic marketplace environment, has dominated Nicklin’s conversations lately with advertisers, ad tech partners, and fellow publishers. “But what I’ve observed is that everyone points their finger at someone else. No one puts their hand up and admits they’re part of it,” he added.

But Nicklin believes the culprit is clear: It’s the relentless pursuit of buying massive volumes of inventory at dirt cheap prices, courtesy of programmatic trading. Advertisers are guilty for pursuing this and ad tech vendors must share culpability for building business models off the back of it, said Nicklin. And publishers have also allowed content distribution platforms to take their audiences. “We are all complicit in this in some way,” he added.

That was a point echoed by Jonny Hornby, CEO of The & Partnership, later on during the summit, when he referenced a new report out today claiming that the scope of ad fraud has been under-reported. The study, conducted with fellow WPP agency m/Six and audit verification company Adloox, claims the real cost of ad fraud was $12.8 billion (£10.5 billion) in 2016, accounting for almost 20 percent of the $66 billion (£54 billion) spent on digital advertising — much higher than the $7.2 billion (£5.8 billion) previously suggested in the ANA’s “2014 Bot Baseline Report.” If left unchecked, it could rise to $16.4 billion (£13 billion) in 2017.

“Clients need to be willing to get themselves off the drug of cheap digital media and invest in proper brand protection. Pre-bid verification technology costs all of 3 pence per 1,000 impressions, accounting for about 2 percent of a brand’s overall media spend,” he said.

During a fireside chat on ad fraud, which also addressed brand safety and misplacement, Hornby said Google and Facebook must do more when it comes to ensuring brand safety — and that advertisers will never appear alongside Jihadists content, as they did recently. They need to be given specific deadlines by advertisers, said Hornby. He suggested as a repercussion for not meeting deadlines, for advertisers to consider pulling spend from the platforms for a quarter.

“They have a lot more might to deal with this than send people to conferences to say ‘we’re working on this,” he said.