How The Economist is using the UK election to drive subscriptions 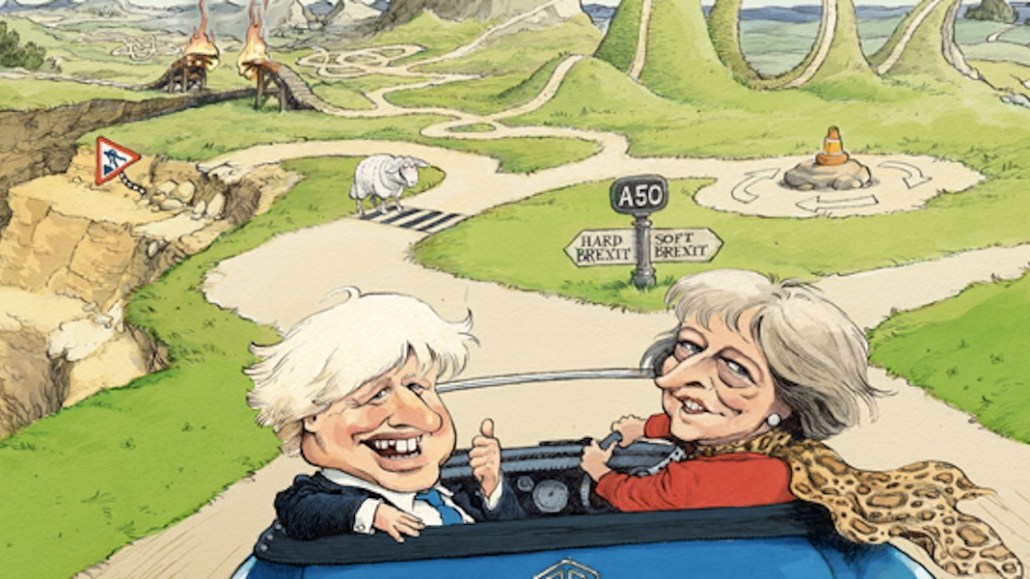 In the last week, The Economist has grown its pool of prospective subscribers by 5,000 in the U.K. by offering free content.

As part of a wider campaign around the U.K.’s general election on June 8, the publisher is giving away a free copy of The Economist’s endorsement issue coming out on June 3. It’s running election-led messages on TV, radio, display and social about the offer. People can also request the issue online, via SMS and over the phone. This content is available online, too: Election-related display ads online and on social direct readers to a digital edition of the endorsement issue, which will be available June 1.

While some publishers have hurt themselves giving away content for free, The Economist is relatively generous in this respect, especially on social platforms, which it uses to sample content. “At the center of that is the realization from our own research that if you present content in front of people, they have a higher propensity to subscribe,” said Mark Cripps, evp of brand and digital marketing at The Economist. Last year, it ran a similar content-led campaign, in which topical ad copy that linked to content was targeted to people predisposed to want to read it.

Cripps wouldn’t share how many of the 5,000 prospective subscribers have handed over payment details, but he said campaigns that surface and target content to relevant readers have higher conversion rates in the U.K. than in the U.S. “Probably because of brand saliency,” he said, “it’s a harder sell in the U.S.”

For an annual print and digital subscription, The Economist charges £179 ($230). It has sold a 12-week introductory offer, £12 ($15) for 12 issues (providing access to print, print and digital or just digital), for a number of years. This isn’t an arbitrary number — The Economist has said it typically takes nine weeks to turn a reader into a subscriber.

Non-subscribers can access one free article a week and then register their email address to access three free articles a week. The publisher has built up a non-subscriber list in the six figures, according to Cripps. Digital subscriptions stand at 345,500, while its overall subscription base is 1.5 million.

Some publishers, like the Financial Times and The Spectator, have seen subscriber numbers increase heading into the election. Publishers have also used the election as an opportunity to release editorial tools like Messenger bots to drive more direct connections with readers.

Reaching first-time voters and people who have just turned 18 is a priority for The Economist’s campaign as well. The Economist Intelligence Unit, the publisher’s research arm, released a study called the Democracy Index that suggests the popularity of democracy has declined in younger people over the years. Using third-party lists from companies like Experian, The Economist has collected email addresses of hundreds of thousands of 18-year-olds in the U.K. to target with emails linking to the digital edition of the endorsement issue.

“We’ve seen a resurgence in email open rates, as long as the targeting is correct and it’s a brand people trust and the subject line is perfect. Don’t dismiss email,” said Cripps, adding that The Economist has two email newsletters, plus Espresso, which is linked to its app. “The hypothesis is that people respond to email if it’s rightly targeted, but that demographic [of 18-year-olds] may not be using it as much as our core.”

The Economist will also offer the issue to this demographic through Snap ads via Snapchat Stories, on Instagram and on Facebook using tech platform Lytics, which will help the publisher match audiences with people who are consuming political content outside of Facebook.