At the Digiday Publishing Summit in March in Vail, Colorado, we sat down with 49 publishing executives to get their thoughts on Google’s ad blocker or “filter.” Check out our earlier research on publishers’ reaction to Facebook’s January algorithm change here. Learn more about our upcoming events here.

Many publishers have provided users with an increasingly bad experience on their sites, overwhelming them with intrusive ads and, arguably, driving them to adopt ad blocking software in droves. eMarketer estimates ad blocking among U.S. internet users will grow to 30.1 percent in 2018. 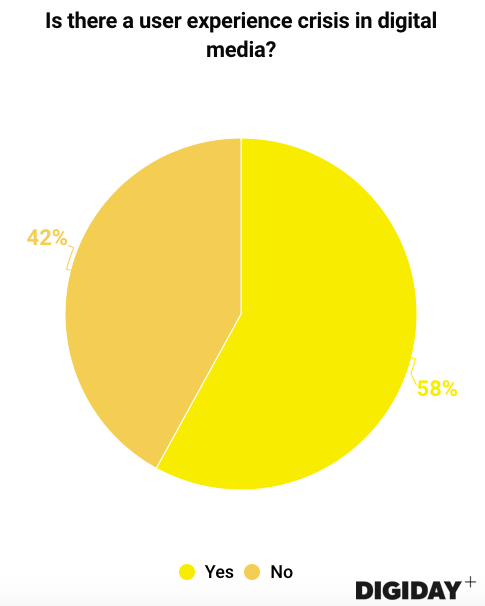 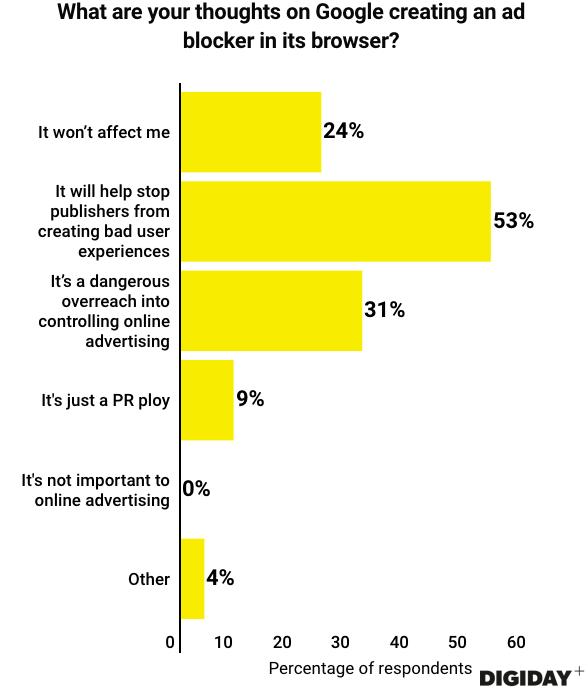 That’s likely because the majority of premium publishers don’t have ads on their sites blocked by Google, with only 0.7 percent of top sites, including publishers like Forbes, the Chicago Sun-Times and the Los Angeles Times, as of August failing to meet the Coalition for Better Ads’ Better Ad Standards that Google uses to determine what ads to block. The vast majority of noncompliant publishers are smaller players.

Publishers question Google’s motives
While the majority of publishers might have welcomed Google’s ad blocker, 31 percent of respondents to Digiday’s survey at the event said it is a dangerous overreach into determining the winners and losers in online advertising. To some, Google’s ad blocker is hypocritical because it enables the world’s largest generator of ad revenue to decide which types of advertisements are valuable and which are intrusive. A separate online survey of Digiday+ members found that 64 percent believe Google’s ad blocker is a conflict of interest. 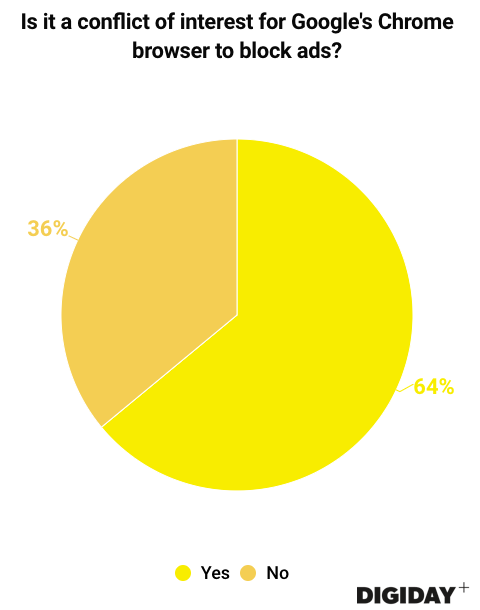 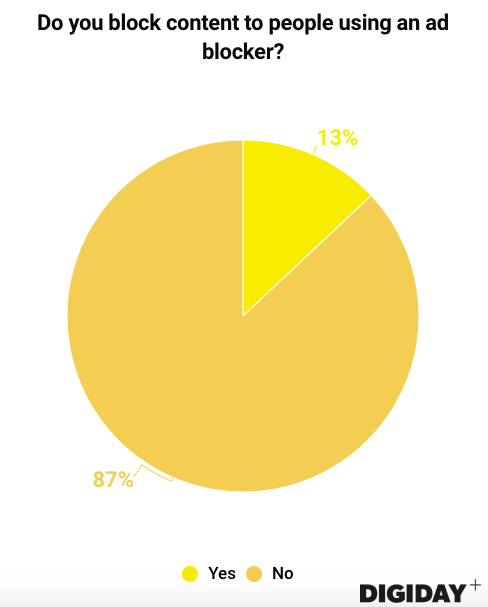 Publishers like The Atlantic and Slate have forced users to whitelist their sites or purchase subscriptions. Slate, in particular, said it was losing $1.5 million to $2 million dollars due to ad blockers. Whitelisting isn’t guaranteed to work, however. The Atlantic expected to turn away 60 percent of the visitors to its site, while tech publisher IDG similarly lost 62 percent of its visitors. Given that publishers are pivoting to subscription models, the popularity of forced whitelisting remains to be seen.