The Daily Beast pivots to paid with $100 membership program 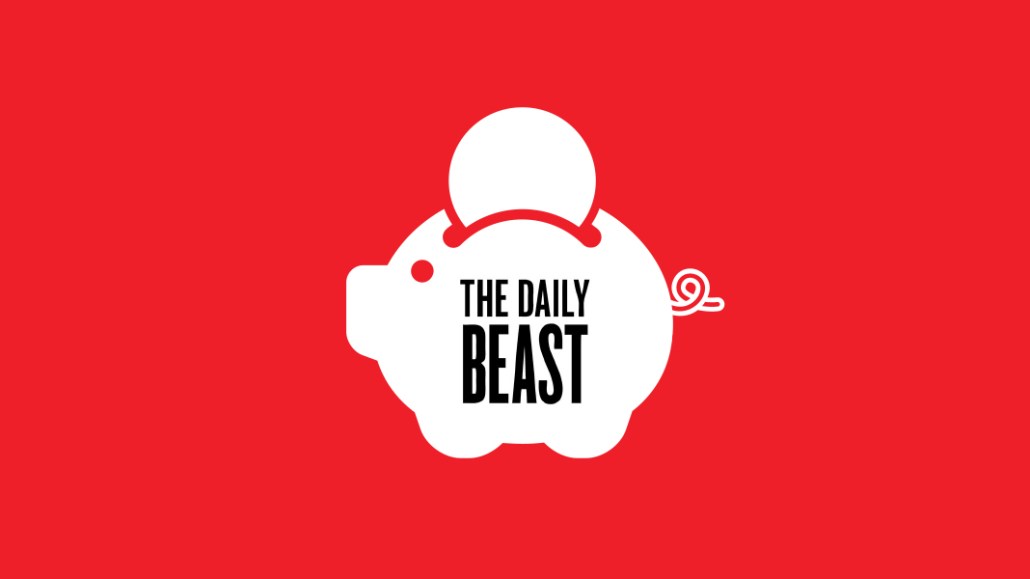 The Daily Beast is creating a membership program, becoming the latest example of a publication to try to drum up new revenue from readers. The program is called Beast Inside, and for $100 a year, members will get exclusive and early access to content.

At launch, members will get new newsletter called the Rabbit Hole that’ll go deep into the story of the day; a customized version of its existing popular Cheat Sheet newsletter, based on whether they want a Trump-free or politics-heavy version; a new podcast called Omnishambles; full access to a new reported crime series called The Beast Files; and access on Friday to the biggest story of the weekend. They’ll also be able to have their comments appear on the site, even on the home page; there’s no commenting option for regular readers.

“We wanted to find a way to build deeper, more intimate relationships with our most loyal readers,” said Heather Dietrick, CEO of the IAC-owned Daily Beast.

Getting readers to pay for information that isn’t essential to their jobs and is similar to other content already out there is a hard sell. But Dietrick believes the Beast is in a good position to ask readers to pay because while other publishers relied on Facebook to send traffic their way, the Beast dug in and focused on cultivating a loyal audience that would come to the site on its own for culture and political reporting and analysis. As of 2016, the site had 40 percent of its traffic coming directly to the homepage, up from 28 percent two years earlier.

As a result, a million of the Beast’s 20 million monthly readers visit the site 50 times a month on average, according to the publication, citing Google Analytics. (ComScore put the Beast’s audience at 13.3 million in May.) The membership is aimed at those readers, who tend to be urban, affluent and news junkies, Dietrick said.

Other highbrow publishers have created similar membership programs offering exclusive content and access to staff, including The Atlantic’s Masthead, which costs $120 a year and has thousands of members; and Slate’s older Slate Plus, which costs $49 and has signed up upward of 40,000. Many others have put up online paywalls. As people get more used to hitting paywalls or membership offers, they may be more inclined to pay, expanding the market for paid content; there also could come a point where publications start cannibalizing each other, though.

Dietrick said the Beast opted for a membership model with the idea that keeping its core news product widely available will enable more people, not fewer, to discover its content and consider becoming members. Industry research suggests around 2 percent of a publisher’s online audience will pay for access to the content; Dietrick said based on the Beast’s highly loyal readership, she said she’s confident it could get higher than 2 percent. (As a hedge, though, the Beast is discounting the membership to $50 for the time being.)

An argument for the membership model is that unlike paywalls, it avoids the frustration readers feel when they hit a paywall and removes the incentive publishers have to push people to click through content to get them to subscribe, said Krish Subramanian, CEO of Chargebee, which helps companies measure their subscriptions and related services. “You don’t optimize for more clicks and hope someone will convert.” Doing membership programs right requires constant price testing, trying different ways of delivering content to them and gauging member satisfaction, though, he said.

As a run-up to the membership program, the Beast created an stand-alone newsletter called PayDirt in April for its most die-hard readers; Dietrick said that newsletter has had a 40-plus percent open rate, which helped validate the idea of doing more exclusive content. Other parts of the membership program came out of data and reader surveys. When the Beast does a mystery-type crime story, it’s often one of the top 10 stories on the site, so the Beast is turning that concept into a multipart series for members, The Beast Files, with only the first chapter available to all readers. The Rabbit Hole newsletter was in response to readers saying in surveys that they count on the publication’s take on big stories.

While other publishers dangle memberships and paywalls to offset declining ad revenue, Dietrick said the Beast was doing so from a position of strength. Direct ad sales, a significant part of the business, are on track to more than double this year, she said. The Beast also makes money from commerce and licensing. “This is more about finding more diverse revenue sources,” she said of Beast Inside.

As the Beast learns what members respond to, it may add other member-only benefits like events and private Facebook groups. Existing staffers, under business development head Samantha Winkelman and with help from subscription services vendor Piano, are handling the membership program. Over time, the Beast expects to make some hires to staff the program.