How bro publisher The Chive is making content and commerce work 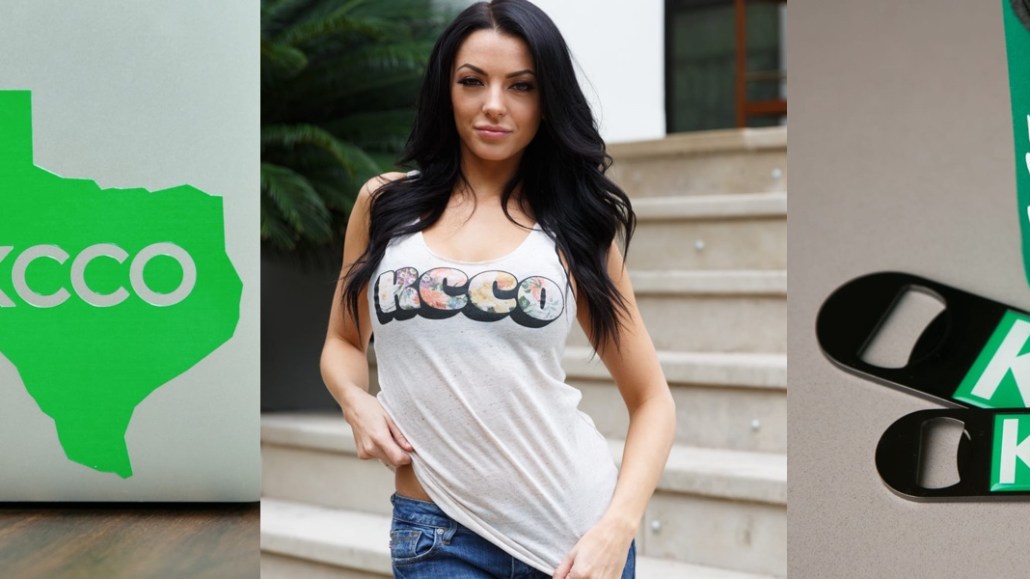 Publishers have newfound interest in commerce as a revenue stream, but young-men’s sites are old hands at this.

Take The Chive. It started selling T-shirts back in 2011. Now, Chive owner Resignation Media, which also owns The Berry, has two standalone e-commerce storefronts, The Chivery and Buy Me Brunch, driving a $20 million commerce business that accounts for one-third of its revenue (with the rest coming from advertising).

T-shirts are still a big piece of that business. But today, the 155-person company also earns money from affiliate revenue, a subscription box service and selling everything from whiskey stones to wallets that it buys in bulk from wholesalers before selling them itself. For example, The Chive began hawking a breathalyzer key chain recently. It has sold over 6,000 of them for over $200,000 in revenue.

“A lot of digital media companies are trying to flirt with [commerce], but we started with it,” Resignation president John Resig said.

Thrillist’s struggle to make content and commerce work with JackThreads was seen as a cautionary tale for any publisher that wanted to marry the two. But young-men’s sites have long used commerce as a revenue stream. CollegeHumor, for instance, owned BustedTees, a T-shirt line. It would use extra ad inventory to hawk the shirts, a good backstop. More recently, Barstool Sports has grown a catchphrase from one of its bloggers — “Saturdays are for the boys” — into a full-blown line of products that includes golf towels, frisbees and T-shirts.

Those companies are, in essence, copying Resignation’s playbook. The biggest source of commerce revenue for Resignation comes from Chive-branded merchandise. Resignation has done more than $250 million in revenue on commerce alone since the company started, but $100 million of it has come from variations on two different themes: KCCO (as in “Keep Calm and Chive On”) and BFM (as in “Bill Fucking Murray”). The success with those Bill Murray shirts, which led to the Resigs meeting Murray in person several years ago, ultimately spurred the launch of William Murray Golf.

In addition to the T-shirts, Resignation now makes plenty of money from affiliate linking. A site like The Berry, for example, will regularly publish posts like “13 Products Only Anxiety-Ridden People Can Appreciate,” which feature products gathered from retail sites like Amazon and Etsy. But it will also embed affiliate links in its gallery pages, roundups of GIFs and tweets on topics that range from “The Godfather” and multiplayer video games you can play on the couch with your friends.

“We’re not whoring ourselves out constantly,” Leo Resig said. “If that product is cool or not, we’re going to hear from our readers.”

The Chive makes a couple million dollars per year from those affiliate links, the brothers said. But the real reason the Resigs like them is because they send a clear signal about their audience’s purchase intentions, which they use to sell goods themselves. If an affiliate link for a whiskey stone is converting briskly, Resignation will approach the manufacturer for a direct relationship. Resignation will buy the products wholesale to sell directly, taking profit margins from 10 percent to 60 percent, according to John Resig.

“Affiliate is the hot new shit right now, but let’s be realistic: It’s not the silver bullet that ad-supported media is looking for,” Leo Resig said. “What it allows us to do is, it’s the real engine that allows us to decide what to sell directly.”

The company has changed its T-shirt strategy, too. Rather than ordering batches to be made in advance, today all of the shirts Resignation makes are printed on demand, an approach several publishers — including BuzzFeed — have seized on with great success.

Because a shirt can go from an idea to sitting in a box on a customer’s doorstep in 10 days, most of the shirts Resignation sells are designed to resonate with viral things on the internet or elsewhere in popular culture. A full 25 percent of the company’s commerce revenue, the brothers said, comes from pop culture products.

“One of our designers will mock up a ‘Stranger Things’ shirt. He can put it on my desk at 10 a.m., we can seed it on our photo galleries two hours later, and it can drive $100,000 in revenue before the first one’s even been printed,” John Resig said.

As good as the Chive is at serving its audience, the Resigs are not under any assumption that they will be able to build another. “You can’t build anything from scratch unless you have the deepest pockets in the world,” Leo Resig said. “The cement has kind of hardened at the moment.”

Instead, the Resigs hope they can take what they believe is a thorough playbook to other publishers that have well-defined audiences, then partner with them on developing e-commerce operations together. If the economics are right, John Resig said, they would buy a different site outright. “We’ve been heads down for a long time,” he said. “Now that we have our heads up, and that’s turned us to thinking about acquisitions.”