‘We are competing against them’: Some retailers are averse to advertising on Amazon 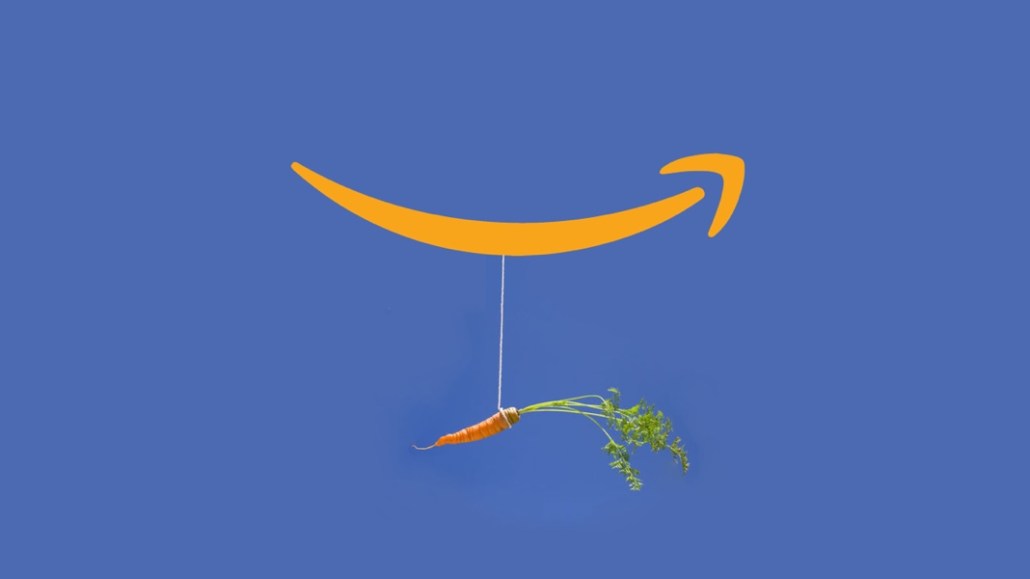 Although Amazon is relatively new to advertising, the Amazon ad platform is already seeing strong interest from new brands and ad spend from its largest partners increase. But not all retailers are willing to hand over money to Amazon.

Retailers that see themselves as direct competitors to Amazon don’t want to give the e-commerce giant even a small fraction of their ad spends, no matter how dominant Amazon becomes.

“Why lend them a helping hand?” said one executive at a large retailer, requesting anonymity. “We are competing against them. The last thing we want to do is contribute to their success.”

Lora Parker, vp of media services at agency PMG, said the majority of PMG’s brick-and-mortar clients, which include Abercrombie & Fitch, J.Crew, Journeys, Michaels and Ralph Lauren, have this opinion. She wouldn’t specify which clients are against advertising on Amazon, though. “Some view Amazon as a genuine opportunity, while others see Amazon as a direct threat to their business and have no interest in advertising with them,” she said.

Amazon, already dominating in multiple retail categories, is indeed a threat to many businesses. As more consumers turn to Amazon as a one-stop shop, retailers are increasingly seeing decreasing levels of direct site traffic and revenue. That’s why retailers are hesitant to “pump more money into an entity that is negatively impacting business,” said Parker. In a February survey of 53 retail executives, Digiday found that 80 percent of respondents were not advertising on Amazon.

Part of what is driving this fear is Amazon’s focus on growing its private-label brands, said Cooper Smith, director of research at research firm L2, which analyzes all ads appearing on Amazon and classifies them by type of brand.

“What we’re finding is that Amazon is dramatically increasing the number of ads it runs for its private-label brands,” said Smith, adding that this is a disadvantage to brand partners because it can decrease their rank in search results. “Other retailers have left it up to the consumer to make the decision [of] ‘I want this brand over that brand,’ but on Amazon, they are shoving their private-label brands in the consumer’s face and making it difficult for them to even discover national brands.”

In March, L2 tracked the percentage of ads for Amazon’s private-label brands across two major retail categories on Amazon: dress shirts and polos. Three of Amazon’s private-label brands — Amazon Essentials, Goodthreads and Buttoned Down — consistently appeared in the top 10 brands that run Sponsored Products ads, which are keyword-targeted ads featured in search results.

Many retailers, especially high-end fashion and beauty brands like Estée Lauder-owned companies MAC and Clinique, believe audiences associate Amazon with commonplace items that can be bought cheaply; therefore, it’s not the ideal place to reach affluent consumers looking for products with brand recognition. This is also these retailers’ reason for not wanting to sell products on Amazon.

“It’s kind of how a lot of people don’t want to put their stuff on eBay because it’s like a garage sale,” said Packler. “It can bring the brand down.” As an anonymous source at the Glossy Forum in March put it: “If I’m a customer, a lot of the time I want to buy my toilet paper on Amazon. For us, the question is: Do I want to be in the same cart as toilet paper?”

Amazon’s ad business is growing at an impressive rate. In its fourth-quarter earnings call in February, Amazon reported its ad business had grown by 60 percent year over year and brought in $1.7 billion in revenue.

Kevin Packler, vp and director of Amazon services at The Tombras Group, said clients are attracted to advertising on the platform because it places advertisers directly in the sales funnel.

“People are already searching for products on Amazon, so they’re more inclined to buy,” said Packler. “Word is spreading amongst retailers and manufacturers that Amazon advertising is a win in terms of ROI and sales generation. In general, if you are comparing Google page search or a standard social media campaign, Amazon ROI is at the very least competitive, but usually exceeds. You get a great bang for your buck compared to more traditional channels.”

One major exception is Nike, which hasn’t used Amazon for advertising since beginning to sell products on the site in July 2017, said Smith, who believes Nike assumes people will gravitate toward its products because they are official Nike products. But because Nike doesn’t pay for search terms on Amazon, third-party suppliers can come up first in search results — something that motivates retailers that sell on Amazon to also advertise on it, said Smith.

“Amazon doesn’t do a good job differentiating between a first-party listing and a third-party listing,” said Smith. “It’s confusing to any consumer. They don’t know the difference, and often don’t care. And Amazon knows that.”

Overall, retailers are still in the early stages of deciding whether they want to advertise on Amazon, but marketers agree that they need to consider the ramifications of it.

“Amazon is so ubiquitous throughout online retail,” said Packler. “They’ve re-engineered consumers’ mindsets in the U.S. in terms of expectations, so to shut out Amazon, it’s kind of like walling yourself off to the rest of the world.”