Amazon’s beauty strategy is as elusive as ever 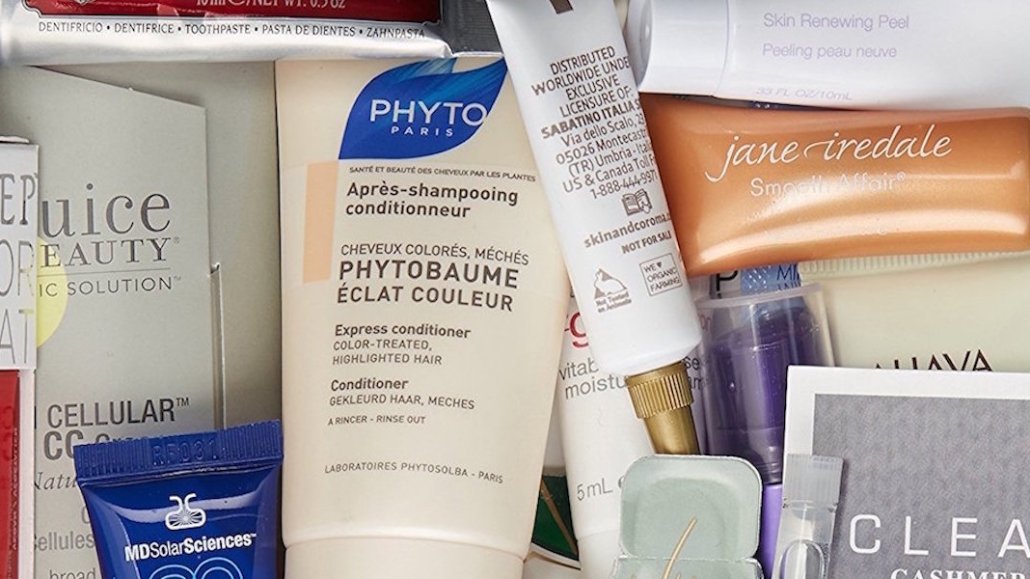 While much has been made of Amazon courting the fashion industry, less is known about the e-commerce giant’s relationship to brands in the beauty space.

In July, One Click Retail found that beauty sales on the site were up 43 percent year-over-year across five core markets, including the U.S. and the U.K., and the company is now the top online seller of cosmetics. That should be cause for concern for even the most successful beauty retailers like Sephora and Ulta, argue many analysts.

“Anyone who doesn’t take Amazon seriously as a competitor is not paying attention,” said Ian Baer, the chief strategy officer of the marketing agency Rauxa. But the marketplace is not quite there yet, he argued: “They really need to think about the needs of the beauty customer and how they can make the overall experience richer.”

That Amazon is working towards this is a widely held assumption, but their actual strategy for getting there is as elusive as ever.

Partnership murmurs
In July, rumors swirled about a potential partnership between Amazon and Violet Grey, the luxury e-tailer and content hub. Though Amazon declined to comment, Violet Grey’s founder and chief executive officer, Cassandra Grey, told WWD: “I cannot confirm a special relationship with Amazon, apart from the fact that I have enormous respect for the company and view the platform as one of the only five distribution partners that matter for digital content producers, particularly those of us who ride or die to serve the almighty modern consumer.”

Violet Grey, which also has one brick-and-mortar store in Los Angeles, sells hip luxury products from today’s buzziest brands, including Byredo, Le Labo and Tata Harper, none of which can be found on Amazon.

Fighting a stigma
The site has also struggled to court older, more traditional beauty companies, including MAC and Clinique. Both are owned by The Estée Lauder Companies, and its CEO Fabrizio Freda told reporters that it had no plans to launch on Amazon anytime soon, while discussing the company’s full year results for 2017.

“We look for brand-building distribution, with partners that exercise key drivers of prestige beauty, including high-touch services,” he said, adding that such standards aren’t upheld on Amazon.

L’Oréal has also kept its products off the platform and has faced similar questions as to when that might change. On an earnings call for the first half of 2017, the company’s CEO Jean-Paul Agnon would only say: “We will see. It’s too early to tell.”

Others, like Calvin Klein and Bliss, sell select products on the site under the luxury beauty category, in return for having their brands gated by Amazon’s brand registry, which forbids third parties from selling products. Although these protections are technically available to any brand that can provide the proper trademark information, some believe those under the luxury arm receive special assistance in monitoring the presence of outside sellers, which inevitably provide competition.

According to one founder of a small, independent beauty brand that sells on the site (outside of the luxury category), these brands don’t simply score more control over the gray market; they are brought on “in a much fancier way,” which includes being wined and dined, and being assigned an on-call associate they can contact with any needs — a service that most brands on the famously hard-to-reach Amazon would likely kill for, she said.

Ben Rodier, the COO of the omnichannel solutions company Salesfloor, would not be surprised if it’s true. “Amazon needs to find ways to bring in the biggest brands, and one of those ways is by offering more control,” he said. “You can do a lot more business by playing nice with the big, blue chip companies.”

Mixed signals
Amazon’s relationship to beauty brands, however, appears to be much less cut and dry.

The French skin-care company Bioderma began selling its products on the luxury arm of the site a year and a half ago, after Amazon first reached out. There was hesitancy at first, said marketing manager Francois Compagnion, but the brand conceded, in an effort to control its distribution.

“We saw that a lot of our products were being sold there, anyway, at much higher prices, including our best-selling micellar water,” he said.

Settling on the final contract was a lengthy process, as both companies had non-negotiable conditions. Amazon insisted on certain price margins, as well as carrying the brand’s full assortment of products, while Bioderma insisted on being part of the luxury beauty category — which was not how Amazon initially pitched it.

“It’s worked out well for us,” said Compagnion, citing a sales increase, as well as a heavily diminished gray market. Bioderma has begun investing in sponsored product and SEO campaigns on the site, as a result.

“It’s often a very long process to connect with them, and we don’t fully understand what’s going on,” he said, noting that the brand has picked up the slack in house by hiring someone dedicated to Amazon, who watches for price changes, outside sellers and more.

“We need to be absolutely focused on it, because it changes every day,” he said.

Thinking small
Although Amazon is clearly interested in today’s buzzy brands — company insiders at Goop and Glossier both confirmed that Amazon had been in touch with them — the retailer’s goals seem to extend far beyond well-known brands.

Founders of smaller brands including Lather, Groupe Marcelle and Odacité, all told Glossy that Amazon had initiated contact with them about selling on the site. According to Lather founder Emily Hoyt, Amazon’s interest in her brand stemmed partially from its “limited availability everywhere else.”

The beauty industry veteran Nancy Schnoll, who consulted for Hollywood skin-care specialists for years, didn’t even have a product when Amazon first reached out to her a little over a year ago about launching a line exclusive to the site.

But after Amazon Services invited her out to Seattle to talk more seriously about a brand launch, she decided to create a product under a new skin-care label, Reflekt, for the site. To this day, she has no idea how Amazon found her, she said.

In Seattle, Amazon took her out to nice dinners and offered to work closely with her for a year, in exchange for the product launch. When she accepted, Amazon helped her build out her brand page and taught her how to use the site’s promotional tools to maximize conversions. Before the one-year period expired, she never had to rely on Amazon’s technical support — she was treated to a personal account executive who could help with all her needs. “I’ve heard from others that this is not usually the case,” she said.

Interestingly, what resulted from the partnership was only one the one product — a facial scrub — and Amazon had no say in the product details or branding, she said.

Although she still sells on Amazon, where the product reportedly performs well, she launched her own e-commerce site six months ago and will be expanding her line. “On Amazon, you don’t have control over your customer base, and you have to communicate everything through them,” she said. “I respect that, but if you want to grow as a company, you need your own site, too.”

According to Eric Heller, the CEO of Marketplace Ignition and an Amazon retail veteran, smaller brands like Reflekt can actually be better suited to the dynamic nature of Amazon.

“Success on Amazon is a precise science, and the challenge for many brands is that they can be out-operated by small, nimble brands who can respond quickly to the frequently changing nature of the site,” he said. “In the end, lesser-known brands with no nationwide brick-and-mortar presence can beat more established brands.”