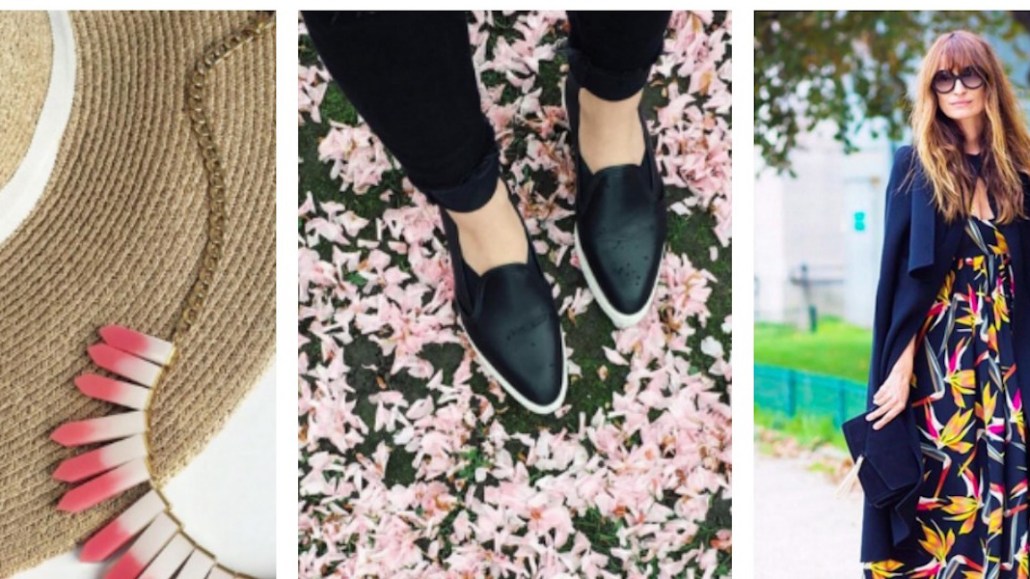 Rent the Runway has been hosting two series on Snapchat since August: a virtual try-on that shows how dresses fit on real people (modeled by employees) and Q&A “office hours” with different members of the team. However, when the company looked to launch a social media element for its upcoming sample sale, it looked instead to Instagram Stories.

“Snapchat worked with one-to-one messaging, where we can chat back and forth with customers to answer questions, and try on dresses for them,” said Alyssa Bronander, senior content strategist at Rent the Runway. “Now we’re looking to Instagram Stories to see if there’s a larger audience there that’s interested in engaging [in real time].”

For its New York sample sale, the Rent the Runway team wanted to solve some common pain points surrounding hectic sample sales: waiting in line, and the frenzy to find and grab what you want. Bronander will be selecting a handful of pieces that will be put on hold for Instagram Stories followers, highlighting them on Monday night and telling people to direct message the retailer with the items they want. Bronander will select the winners and set aside the items for pickup. On its Instagram feed, Rent the Runway is holding a contest that will let select guests who comment to skip the line and shop the sale 30 minutes before it starts.

Bronander said that calling directly for customer response on Snapchat worked well for Rent the Runway. On Instagram, however, she was lured by the promise of bigger reach. Bronander wouldn’t specifically say how much reach Rent the Runway sees on Instagram Stories versus Snapchat. However, overall users of Stories have already surpassed Snapchat, with 200 million per day compared to 161 million. According to TechCrunch, Snapchat’s quarterly growth slowed by 82 percent after Stories was launched in August.

For brands and retailers, not only does Instagram offer greater exposure (Rent the Runway’s 141,000 followers can see its Story), but it also lets them link out to a landing page, something that was previously only available through the link-in-bio feature. Instagram’s analytics tools are also better fleshed out than Snapchat’s, which have always been more opaque for brands trying to see if their posts are getting traction.

As a result, scrappy social media teams are finding that, thanks to tight resources, it’s better to choose one or another. Jodie Chan, head of marketing and communications at Altuzarra, told Glossy that Snapchat’s reach and demographic meant it wasn’t a “viable platform” for the designer brand. Fossil has ditched Snapchat all together. Everlane, which has been prolific on the platform with its “Transparency Tuesday” series, has been much less active. It’s affecting paid stories too: Advertisers are leaning toward Instagram, as well.

Rent the Runway, which has a team of two dedicated to Snapchat, doesn’t often post to the platform outside of its regular series. On Instagram Stories, however, which is run by a separate social team, the retailer has tested influencer takeovers, dressing room “drive-alongs,” the desirability of new products and content from its blog. While Bronander said the team regularly links out to product pages and blog posts through Instagram Stories, and the traffic from Stories links is in line with the amount of traffic received from directing people to its link in bio.

Bronander said that, while it’s been eclipsed in reach, Rent the Runway’s Snapchat traffic hasn’t been cannibalized by Instagram, which she believes is thanks to it reaching a mostly different audience. For now, Rent the Runway will continue to post on Snapchat, but it may make more sense down the line for brands to choose between the two.

“Instagram has a larger follower base and an older audience that’s more likely to be spending,” said Sucharita Mulpuru, an e-commerce advisor and the former chief retail strategist at Shoptalk. “It’s starting to look like a no-brainer for brands.”