WTF is the TV upfront? 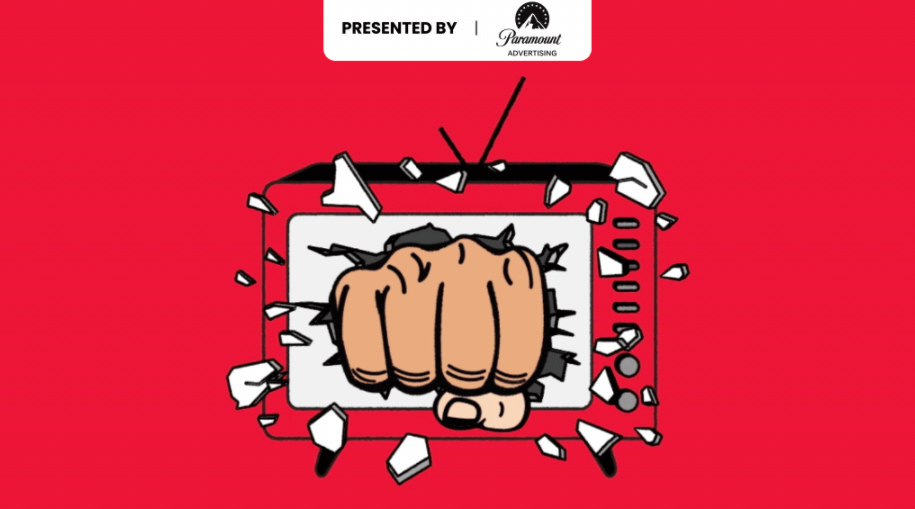 For as instrumental as the upfront is to the TV advertising marketplace, it can be somewhat enigmatic. So the upfront refers to the cycle each year when TV networks present their upcoming lineups of shows and advertisers throw their wallets at them? Pretty much yeah, but also no.

And for as archaic as the upfront would appear to be — having originated in the era of black-and-white TV — the annual TV advertising negotiation cycle has become, if anything, even more vital in the wake of the pandemic and amid an economy experiencing rising inflation, ongoing supply chain issues and tipping on the precipice of a recession.

“We’re selling a futures market now. It’s hard to imagine what the country’s going to look like in August of 2023, in 15 or 16 months, but that’s really what we’re selling,” said Jon Steinlauf, chief U.S. advertising sales officer at Warner Bros. Discovery.

WTF is the TV advertising upfront?

The TV advertising upfront is an annual period of time in which advertisers and their agencies negotiate and sign year-long deals with TV networks as well as connected TV platform and streaming service owners to commit to spend an agreed-upon amount of money to buy ads on the latter companies’ traditional TV networks and/or streaming properties.

The term “upfront” — or “upfronts” — is also used to refer to the presentations that TV networks, CTV platforms and streaming services host to pitch their programming and ad products to advertisers and agencies, but really these presentations are just the most public expression of the TV advertising upfront cycle.

When is the TV advertising upfront cycle?

The TV advertising upfront cycle typically takes place in late spring and runs through the summer, typically wrapping up by the end of August. However, the cycle’s window has been expanding in recent years. Some buyers and sellers have begun their internal upfront preparations as early as October of the preceding year, and some buyers and sellers start their preliminary negotiations in February. In 2021, the pace of upfront negotiations sped up significantly, with some major TV network groups including Disney, Fox, NBCUniversal and ViacomCBS completing their upfront deals before the end of June.

What marks when a company has completed its upfront deals for the year?

When the company has run out of the inventory it is willing to sell to advertisers in the upfront market.

Yeah. The TV networks basically calculate how many people they think they can deliver to a given advertiser or agency — including how this audience breaks down into different segments based on categories like people’s age and gender — as well as how many ad slots they’ll have available in the shows they air. Then they determine how much of that ad supply they want to sell in the upfront and how much they want to reserve to sell in the so-called “scatter market,” where advertisers are able to purchase this inventory without making the year-long spending commitments that ad buyers have to make in the upfront.

When do the year-long spending commitments take effect?

Primarily in October and they run through the following September. This timing stems from the origins of the upfront in 1962 when ABC scheduled its shows to premiere their new seasons in the fall and sought to secure ad deals for the shows in the spring.

Why do upfront advertisers have to make year-long spending commitments?

Because the TV networks say so. That sounds flip, but it’s the truth. There is a limited supply of ad inventory on traditional TV — because the networks typically only air up to 16 minutes of ads per hour and each available ad slot is largely only allotted to a single advertiser at a time — so the TV networks use this scarcity of supply to press advertisers to lock up this inventory ahead of time through upfront deals.

But why do advertisers agree to participate in the upfront?

Because it can be good business. Even though traditional TV viewership is declining, it remains the most cost-effective means for an advertiser to reach a large number of people at the same time. So for marketers looking to raise people’s awareness of a brand or product, advertising on TV remains a pillar of their overall advertising strategy. And since there’s a scarcity of supply, there’s a fear of missing out among advertisers knowing they need to reach TV viewers to secure that reach through upfront deals, in which TV networks guarantee to deliver an advertiser the ability to reach a certain number of people a certain number of times.

“That happens in a seller’s market. [The TV networks] create that kind of FOMO. It just gets you to put more [money] in [the upfront market] because you don’t want to potentially lose out on the opportunity,” said an agency executive.

Is FOMO the only motivating factor for advertisers to participate in the upfront?

No, it can also be more cost-effective, assuming an advertiser expects to spend millions of dollars on TV advertising in the upcoming year. Think of buying TV advertising in the upfront market as akin to buying household products in bulk. If you know you’re going to need to use toilet paper for months to come, then it can be cheaper to buy one big pack of toilet paper at a time than to buy individual rolls. Compared to the scatter market, TV ad prices secured in upfront deals are typically 20% to 40% lower and can be as much as 80% in periods like the fourth quarter when there is a lot of advertiser demand and limited inventory supply, according to TV network and agency executives.

What if a TV network fails to deliver on the audience guarantee it makes to advertisers, or if an advertiser decides they don’t want to spend the money they committed to a TV network? Is there a refund or return policy for upfront deals?

Sort of. If a TV network fails to deliver on its audience guarantee, then the advertiser is credited with what are called “audience deficiency units” (ADUs). These are also referred to as make-goods and effectively serve as I.O.U.s by which the TV network promises to run the advertisers’ ads elsewhere on its traditional TV networks and/or streaming or digital properties to make up for the shortfall.

This is all pretty TV-heavy, but you mentioned CTV platform and streaming service owners also participating in the upfront. Do they do things differently?

In some respects, yes. Amazon, Roku and YouTube are the primary streaming-only players in the upfront market, and they generally do not adhere to the same upfront deal structure of the TV networks. Instead of fixed commitments, these streaming-only sellers sign what are commonly called “endeavor deals” with advertisers. The difference with endeavor deals is that an advertiser is not on the hook to spend a certain amount of money to buy ads from the CTV platform or streaming service but instead has set spending goals that when reached unlock perks like lower ad rates and select inventory options or ad products.

Additionally, the streaming-only sellers typically permit advertisers to cancel up to 100% of their commitments up to 14 days before a campaign is slated to run, though Roku raised the stakes last year by offering a two-day, 100% cancelation option.